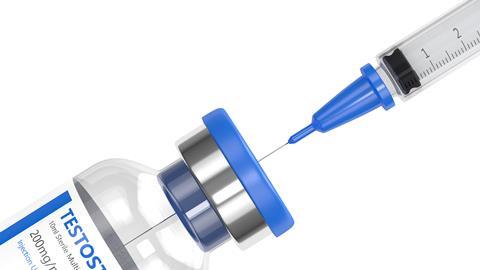 A compound that is appreciated by many athletes, Simon Cotton investigates Testosterone

This week, the manly compound that some forget is in women too, and appreciated by many an athlete. Explaining more, is Simon Cotton:

People usually associate testosterone with men and masculinity, and it is indeed the principal male sex hormone. From puberty onwards, males make it in their testes, from cholesterol. However, women also make testosterone in their ovaries.

Both sexes carry some testosterone. Usually, there are significantly higher levels of testosterone in men compared to women, but variations mean it is possible for a particular woman to have more testosterone in her body than a particular man. After she won the 800m race at the 2009 World Championships in Berlin, the South African runner Caster Semenya was sidelined by the International Association of Athletics Federations; at the time it's reported by some sources that her testosterone levels were unusually high - three times the normal values for a woman, although still below male levels. 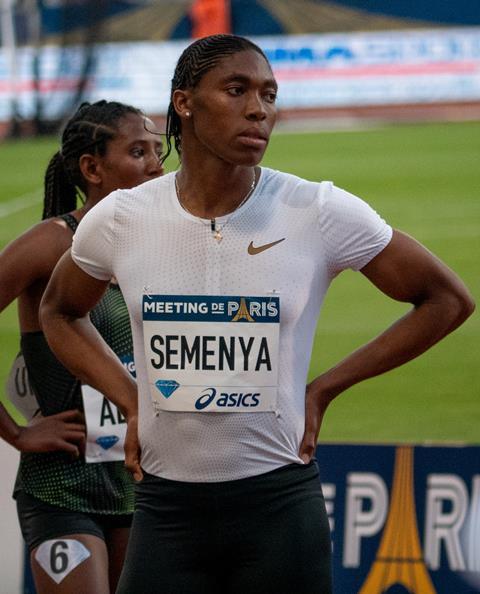 Testosterone does its job in the body by binding to the androgen receptor in the cytoplasm of cells; this complex then moves into the cell nucleus, where it binds to DNA, switching on certain genes and causing increased protein synthesis in cells. This results in greater muscle mass and strength.

Testosterone was first isolated from mashed-up bull's testes by Fred Koch at the University of Chicago in 1927. Just eight years later, it was synthesised independently by two different research groups, and four years after that, the chief scientists responsible, Adolf Butenandt and Leopold Ruzicka, shared the Nobel prize in chemistry.

Once its structure was known, chemists started to modify testosterone. Testosterone and its derivatives were used medicinally to help sick and injured people by helping their muscles recover.

After the second world war, some sportsmen started to use testosterone to enhance their performance. At first it was weightlifters, but then other sports became implicated, so that by 1968 it was estimated that one third of the US track and field team for the Mexico City Olympics were using steroids at their pre-games training camp. They were on safe ground, as the drug testers were concentrating on detecting amphetamines and on chromosomal testing of female athletes. Steroids such as testosterone were not tested for until the 1976 Montreal Olympic Games.

However, while they were on safe ground for testing, the same cannot be said for their health. The downside of testosterone enhancing athletic performance is the risks associated with any anabolic steroid. At high levels of abuse, risks include psychiatric disorder, liver and kidney tumours, and heart problems.

Testosterone levels vary from person to person, but testers in sport look at the relative amounts of testosterone and an isomer of testosterone called epitestosterone. The natural testosterone to epitestosterone ratio is 1:1, and it rarely exceeds 4:1. In 1982, the International Olympic Commission decided that, from 1982, a 6:1 ratio would result in immediate disqualification. The rule now says that if the ratio is above 4:1, additional samples must be tested.

Over the years, many sportsmen have tested positive for testosterone, the most high-profile victim being the cyclist Floyd Landis. During the 2006 Tour de France, Landis was in the lead at the start of stage 16, but spectacularly lost eight minutes on that stage. All seemed lost, yet Landis mounted a spectacular comeback on the next stage and then went on to finish in first place overall. A sample taken after Stage 17 revealed an unusually high testosterone to epitosterone ratio (reportedly 11:1) and it was also said that he had failed the carbon isotope ratio test. In 2010, Landis admitted to having used performance-enhancing drugs for much of his career, but steadfastly denied using testosterone.

In the excuse stakes, Landis is well behind Dennis Mitchell. Mitchell, a gold medal winner at the 1992 Olympic Games, tested positive for testosterone six years later. He put it down to having had five bottles of beer, and sex with his wife multiple times. Needless to say, this excuse failed to impress the authorities, who handed him a two year ban.

Nice try by Mitchell there, though just a bit too cheeky. That was Birmingham University's Simon Cotton bringing you the chemistry of testosterone, the compound loved by all men and watched closely by sports authorities. Now, next week, we meet a scientist truly dedicated to his work.

John Scott Haldane was a scientist whose body was his laboratory. Fittingly, the Haldane family motto was 'Suffer', and JS Haldane suffered to improve the lot of workers, soldiers, divers, and coal miners. As Sam Leith described in a review of his biography:

'He gassed himself with chlorine, methane, carbon dioxide, carbon monoxide, pure oxygen, nitrogen, mustard gas and god knows what else in various combinations... you name it, he turned blue and passed out on it.'

And to discover the fruits of Haldne's labour, by whhich many lives have since been saved, join Duncan McMillan in next week's Chemistry in it's element. Until then, thank you for listening. I'm Meera Senthilingam.