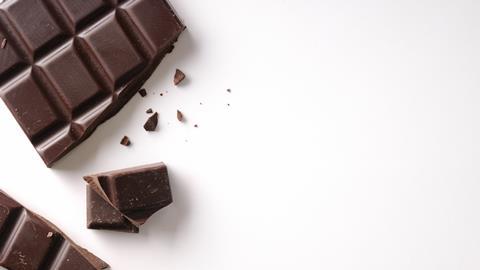 Editor's note: In the introduction to this podcast it is suggested that theobromine may be the reason why chocolate appeals to women, with the implication that women are more likely than men to enjoy chocolate. Although theobromine is a major active compound in chocolate and primarily responsible for making chocolate 'special', it has not been proven conclusively that females experience chocolate cravings more than males. This comment was not intended as a statement of current scientific evidence and we acknowledge that it references a common but unscientific gender stereotype. Chemistry World and the Royal Society of Chemistry are devoted to encouraging fairness and diversity and, as such, this was not appropriate nor reflective of good science.

This week, the bitter compound enjoyed by those of us with a sweet tooth. Here's Brian Clegg:

On the whole food comes without gender bias. We all have our likes and dislikes, but it's rare that you can point to a foodstuff and identify it as favoured more by men or women. But there's one thing we eat that seems to have a particular appeal for female consumers, and it's hard not to blame theobromine.

This relatively simple organic compound (C7H8N4O2) is a bitter-tasting alkaloid, a term we often associate with drugs like morphine and natural poisons. Caffeine, nicotine, quinine and cocaine are all better-known names in the alkaloid family, but none has the same appeal as theobromine. A clue might come from the Greek origins of the name which approximate to 'food of the gods'. Theobromine is the compound that makes chocolate special.

There are small amounts of theobromine in the cola nut, used to flavour soft drinks, and in tea, but the main source is the cocoa tree, Theobroma cacao, whence theobromine derives its name (it doesn't actually contain bromine).  The seeds of this tree (misleadingly called cocoa beans) contain the fatty substance cocoa butter that is the main ingredient of chocolate and the source of most of the theobromine we consume. 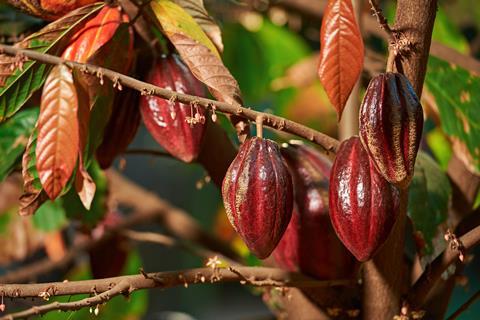 Chocolate has been enjoyed as a drink in Central and South America for at least three thousand years, and has been popular in Europe since the seventeenth century. In its original form, the drink was bitter (it often had chillies added to give it more bite) - it was a European twist to add sugar and milk to make something closer to modern drinking chocolate. The familiar solid form didn't arrive until the nineteenth century, which was also when theobromine was first isolated by the Russian Alexander Woskresensky in 1841. It was synthesised from xanthine towards the end of the century by German Nobel prize winner Hermann Fischer, which is why it is sometimes called xantheose.

Like most alkaloids, theobromine has a range of effects on the body. You will sometimes see it said that chocolate contains caffeine - it doesn't, but theobromine has some similar effects to caffeine and so is responsible for this urban myth. This isn't exactly surprising, as the two compounds only differ by theobromine having a hydrogen atom where caffeine has a methyl group. So theobromine can reduce sleepiness and in large quantities produces a jittery sensation. On the positive side it is a cough suppressant and can help reduce asthma symptoms.

Theobromine's effects are not entirely benign, however. The toxic effect of chocolate on dogs is well-known, and it is the theobromine it contains that is responsible. The darker the chocolate, the higher the concentration of theobromine, and the more dangerous it is . A small dog can be killed by as little as 50g of strong dark chocolate. 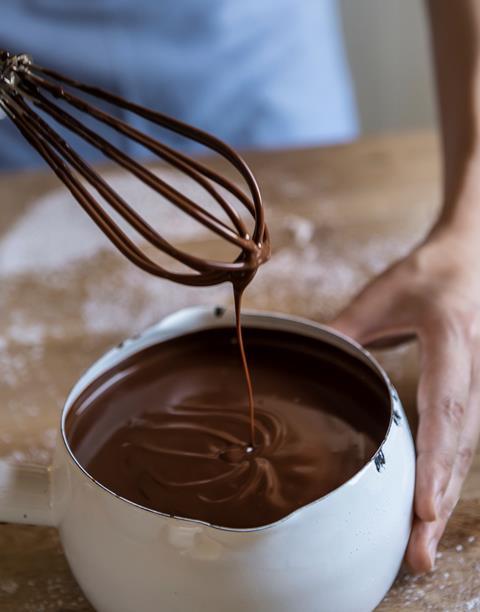 Smaller doses of chocolate will cause canine vomiting, while large enough doses lead to arrhythmia and fatal heart attacks. This isn't a problem limited to dogs, but seems to effect all mammals to some degree, though the speed at which theobromine is disposed of by the system differs from species to species. Cats are particularly sensitive to theobromine, but rarely eat chocolate because they don't have sweet taste receptors and so don't get the kick from sweets that humans (and dogs) do.

Theobromine is also poisonous to humans, though not to same the degree as dogs and shouldn't cause too much concern. Almost everything is poisonous in a large enough dose (even water, for example) and toxicity is all about dosage. In the case of theobromine, humans have about three times the resistance per kg of bodyweight as does a dog, and are significantly heavier, so we are much less likely to be damaged by our treats. A fatal dose for an adult human would involve eating more than 5kg of milk chocolate.

Harm to humans is much more likely to come from the fat levels in the chocolate than from theobromine poisoning. Even if you favour the sophisticated taste of strong, bitter, 70% cocoa solid chocolate (I have to confess I'm happier with a bar of Dairy Milk) you are safe with the level of theobromine you are ever likely to consume. 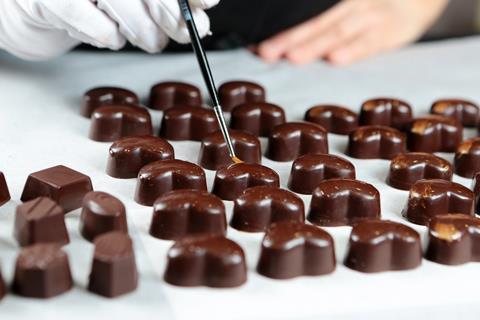 Some chocolatiers will tell you that the reason chocolate is so appealing is because of the tactile sensation of consuming it. Because it melts at the temperature of your mouth, the solid confection turns into a sensuous liquid on your tongue. And there is an element of truth in this. It is also the case that there are a range of other active chemicals in chocolate that could influence our brains, and sugar has to be part of the attraction of the modern treat. But there seems little doubt that we also get a kick from that sneaky dose of theobromine.

Living life on the wild side with the bittersweet and potentially poisonous chemistry of theobromine. Now, next week: the compound behind masculinity, found in both men and women.

Both sexes carry some testosterone. Usually, there are significantly higher levels of testosterone in men compared to women, but variations mean that it is possible for a particular woman to have more testosterone in her body than a particular man. After she won the 800m race at the 2009 World Championships in Berlin, the South African runner Caster Semenya was sidelined by the International Association of Athletics Federations. At that time it was reported by some sources that her testosterone levels were unusually high - three times the normal values for a woman, although still below male levels.

And to find out the effects of testosterone on our bodies, why these levels differ between the sexes and just why sports authorities are monitoring levels in athletes so closely, join Simon Cotton in next week's Chemistry in it's element. Until then, thank you for listening. I'm Meera Senthilingam.