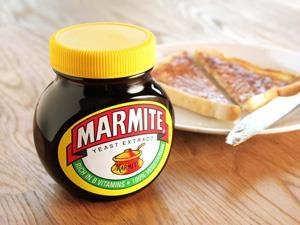 Thiamine or vitamin B

Brian Clegg introduces an essential nutrient, and the first to hold the name ‘vitamin’: Thiamine or vitamin B

This week, Brian Clegg supplements us with a vital nutrient.

When I was young, vitamins were an unavoidable part of growing up, as parents dosed their children to the gills with vitamin tablets. Today the supplement situation is more nuanced, with many studies suggesting that the supplements have few benefits for those on a healthy diet, but vitamins are by definition essential micronutrients, organic compounds that the body can’t produce and which need to be accessed through the diet. High on the list comes the vitamin B complex. 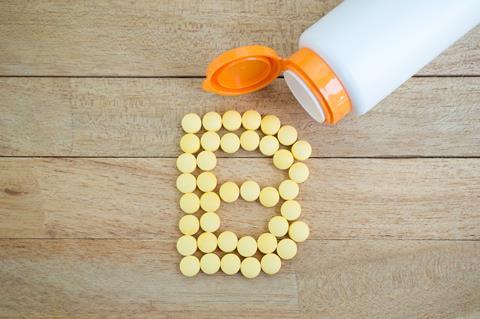 The B complex comprises eight vitamins with no structural similarities – they are lumped together because they tend to occur in the same foodstuffs – and of these one of the better known is vitamin B1 or thiamine. In fact it’s arguably number one overall, as it was thiamine that brought us the name ‘vitamin’ in the first place. One Casimir Funk, somewhat overexcited at the discovery of a relationship between a disease and diet, described the substance that would become known as thiamine as an amine of life – a ‘vita amine’ a vitamine. He proclaimed in 1912 in the Journal of State Medicine:

‘It is now known that all these diseases, with the exception of pellagra, can be prevented and cured by the addition of certain preventive substances; the deficient substances, which are of the nature of organic bases, we will call ‘vitamines’; and we will speak of a beri-beri or scurvy vitamine, which means a substance preventing the special disease.’

Within three years, the Times Literary Supplement was able to explain:

‘The point about vitamines is that without them the animal ceases to grow or becomes diseased on a physiologically pure diet.’

We now, of course speak of vitamins, not vitamines, and this final change was documented in the Biochemical Journal in 1920:

‘The criticism usually raised against Funk’s word Vitamine is that the termination ‘-ine’ is one strictly employed in chemical nomenclature to denote substances of a basic character, whereas there is no evidence which supports his original idea that these indispensable dietary constituents are amines… The suggestion is now advanced that the final ‘-e’ be dropped, so that the resulting word Vitamin is acceptable under the standard scheme of nomenclature… which permits a neutral substance of undefined composition to bear a name ending in ‘-in’. If this suggestion is adopted, it is recommended that the somewhat cumbrous nomenclature introduced by McCollum (Fat-soluble A, Water-soluble B), be dropped, and that the substances be spoken of as Vitamin A, B, C, etc.’

Funk gave the name after he isolated a substance from rice bran, but it was the Dutch physiologist Christiaan Eijkman who would win the Nobel prize for his observation that a diet that was almost entirely polished rice produced the disease beriberi, which we now know to be a neurological and cardiovascular disease caused by a lack of vitamin B1 in the diet. Eijkman incorrectly assumed that this was because of a protective action of the outer layer of the rice, rather than the correct analysis that polishing removed an essential nutrient in that outer layer. This had effectively already been discovered in Japan by the surgeon general of the navy, Kanehiro Takaki.

Another disease produced by a thiamine deficiency is Werknicke’s encephalopathy, a brain and nervous system condition which produces uncontrollable eye movement, lack of coordination, confusion and memory loss. This is sometimes linked to heavy consumption of alcohol, because the alcohol can reduce the ability of the stomach lining to absorb vitamins, while the frequent vomiting and poor diet that often goes with heavy drinking can also reduce the body’s chances of taking thiamine onboard.

When it came to naming the specific vitamin involved, Sir Rudolph Peters, working in Oxford, originally called it aneurin, because it was an ‘anti-neuretic’ vitamin. It was renamed thiamine, effectively ‘sulfur vitamin’ when its structure was discovered to include sulfur in an organic structure that includes two rings and three nitrogen atoms. Generally speaking the active forms of thiamine in the body are phosphates, and it seems to be essential for all cellular life, playing a role in the metabolism of carbohydrates, amongst other functions, though no animals produce it and so have to absorb it from foodstuffs.

As the Biochemical Journal pointed out, one distinction between vitamin A and the B vitamins is that the B vitamins are water-soluble. By far the biggest dietary source of thiamine is from food based on cereal grains – ideally whole grain as the thiamine is concentrated in the outer layer and the germ, so that, for instance, whole grain flour contains around ten times as much thiamine as the white flour equivalent. In a number of countries, including the UK, the US and Australia, flour that is low in thiamine is required by law to be fortified to restore the levels. There are plenty of other sources in the diet as well – yeast extracts like marmite and vegemite are particularly concentrated, with legumes, eggs, kale and cauliflower among other good sources.

For those us lucky enough to have a good balanced diet, there is no need for thiamine supplements, but the understanding of the role of this vitamin has played an essential part in understanding the requirements for good nutrition and health.

Science writer Brian Clegg with the beneficial chemistry of thiamine. Next week, things go up in flames.

Imagine sitting at your kitchen table with a wet apron drying in front of the cooker. All of a sudden, there is a loud whoosh! You turn round to see the apron consumed in flames.

Discover the compound emerging from this scenario in next week’s Chemistry in its Element. Until then, thank you for listening, I’m Meera Senthilingam.