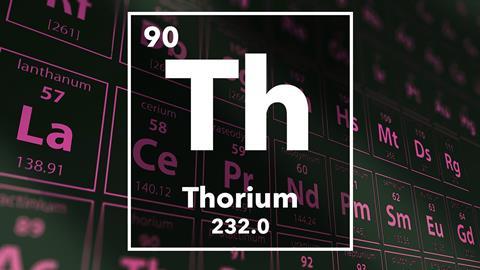 The element that once illuminated the world's cities

This week, the no risk, no fear discovery of elements. Here's Lars Öhrström:

Frequently after more spectacular chemistry demonstrations, the scientist on stage will warn the audience 'not to try this at home'. One person who certainly did not listen to such warnings was Swedish chemist Jöns Jacob Berzelius. Instead, he and his co-workers performed many groundbreaking experiments in the kitchen of his flat in the corner of Nybrogatan and Riddargatan in Stockholm. In 1815, for example, Berzelius isolated a new element from a mineral sent to him from the Swedish mining town of Falun and named it thorium after the Scandinavian god of thunder, Thor.

Only to realise a few years later that he was wrong and what he though was a new element was in fact yttrium phosphate. 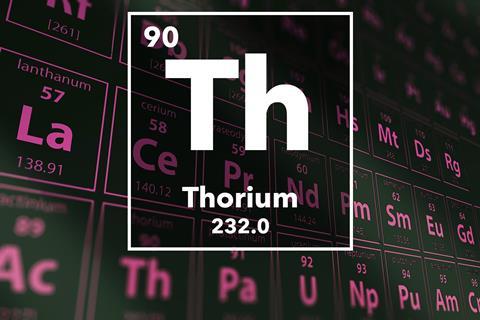 However, in 1828, by then long since world famous and credited with discovering three other elements, he received a strange mineral sample from the reverend Hans Esmark in Norway. In his new laboratory at the Swedish Royal Academy of Sciences, Berzelius isolated yet another element, and because he liked the name or because of a superficial resemblance of the minerals, this element is what we now call thorium, with the symbol Th. 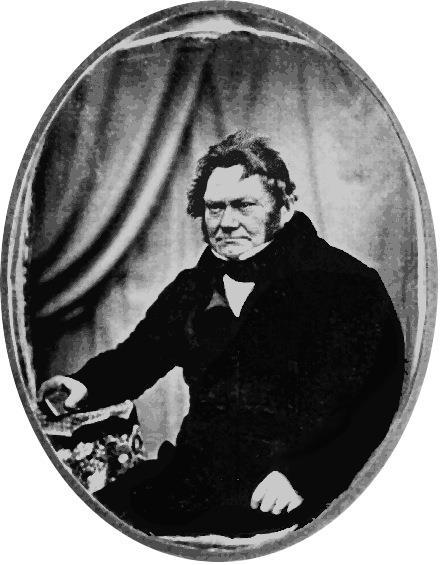 While Berzelius did figure out many of the chemical properties of this new element, one crucial characteristic escaped him, its radioactivity. This should not surprise us though, as the phenomenon of radioactivity was not discovered until long after his death by Henri Becquerel in 1896. Today, its radioactivity seems logical as when we look at the periodic table, we find thorium, element 90, just after actinium in the last row of the periodic table known as the actinides, comprising of famous radioactive elements such as uranium and plutonium.

In the years after its discovery, thorium rested mostly undisturbed on the laboratory shelves until called to duty to light up the streets and homes of the world's metropoles. This was because of another of its remarkable properties: its oxide ThO2 has the highest melting point of all known oxides. Thus in the fierce heat in the flame of burning gas it would not melt, but glow intensively with a bright white light, making thorium oxide incandescent gas mantles the obvious choice for gaslight devices all over the world.

The importance of gaslight is now forgotten, but arguably this was a greater advance than the invention of the electric light, because for first time in history abundant light was available after sunset. Initially, other metal oxides were used, but besides problems with the melting points, the colour of the light they gave off was not quite right, and so in 1891 Austrian chemist Auer von Welsbach came up with the thorium solution after a first failed attempt with a magnesium, lanthanum and yttrium product in 1885. 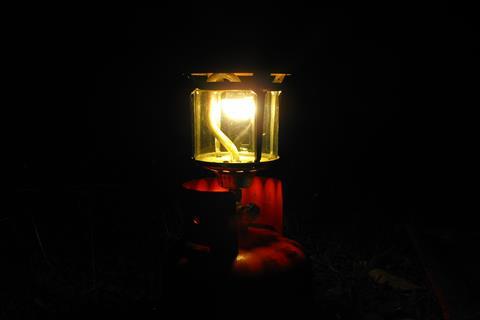 Now, you may think that this was in fact a poisoned gift and that the upper classes of the late 19th century, after years of radioactive exposure from decaying thorium atoms, suffered from radiation related illnesses. But thankfully this wasn't so. Thorium decays by emitting alpha particles, and these alpha particles, or helium two plus ions, as they should really be called, do not travel very far and are easily stopped by the glass cover of a gas lantern and even the human skin.

In fact, thorium oxide mantles are still in use today, and you may even have come into contact with them yourself in camping lanterns. They are completely harmless unless you eat them, or inhale the powder from pulverized mantles. However, as the manufacture requires large amounts of thorium oxide, it is preferred to avoid it, and normally, most gas mantles sold in outdoors equipment shops today are advertised as 'thorium free'. But the next time you stock up for your camping expedition, by all means, bring your Geiger counter! 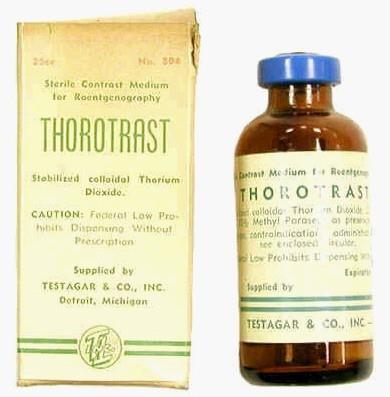 So, short from eating it, there are no particular worries in handling such tiny amounts of thorium oxide. However, eating it was just the point when using the x-ray contrast agent thorotrast, a state-of-the-art diagnostic aid in the 1930s and 1940s, depending on thorium's excellent ability to absorb x-rays.

Undoubtedly, the superior x-ray photographs generated this way saved many lives, so the risk of developing cancer some 20 years later was probably worth taking in serious cases. Thankfully, though, less dangerous contrast agents were soon developed.

Thorium thus spent its first sixty years in obscurity, then had fifty years in the limelight.

Thorium may be three times more abundant on Earth than uranium, it is difficult to estimate, and can also be used in nuclear reactors. In addition, thorium and uranium deposits do not necessarily occur at the same places, thus countries with large potential uranium resources may well have very little thorium and vice-versa.

The proponents of this so called thorium fuel cycle also claim it has important technical advantages, but it seems hopes for 'burning' weapon grade plutonium or producing waste with reduced risks of nuclear arms proliferation are largely unfounded. On the contrary, the high melting point of the oxide is a drawback in this application as it makes the preparation of the fuel more difficult.

So, although a number of nuclear reactors worldwide have been run on thorium-based fuels the last decades, and some have even been connected to the electrical grid, it may yet be a long time until our houses and streets are again lit up with thorium based technology.

So time will tell if thorium makes its comeback (with minimal exposure risks, that is). That was Lars Öhrström from the Chalmers tekniska högskola in Sweden, with the radioactive chemistry of thorium.

Now next week, an element that lived up to its predictions

In 1879, Lars Nilson isolated the oxide of a new metal from the minerals gadolinite and euxenite. Nilson was a student of the legendary Jacob Berzelius, himself discoverer of many elements. Nilson named this oxide scandia, after Scandinavia. The discovery of this element was especially notable, as, seven years previously, Mendeleev had used his periodic table to predict the existence of ten as yet unknown elements, and for four of these, he predicted in great detail the properties they should have. One of these four, Mendeleev predicted, should have properties very similar to boron, and he named this new element 'ekaboron', meaning 'like boron'. The metal of this new oxide, scandia, was indeed found to have similar properties to this ekaboron, thus demonstrating the power of Mendeleev's construct.

And join Reading University's David Lindsay to find out what these properties of scandium were that resembled boron so closely, as well as its applications, in next week's Chemistry in its element. Until then, I'm Meera Senthilingham and thank you for listening.