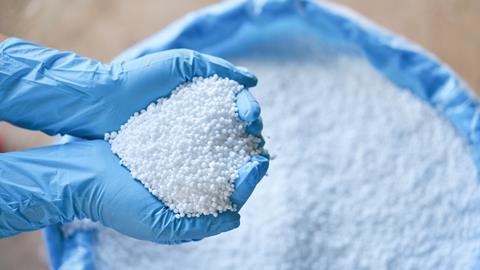 This week a compound uniting a wide range of products. Explaining more is Ian Le Guillou.

What do skin creams, pretzels and fertilisers have in common? They are all uses for urea - the first molecule from a living organism to be synthesised in a lab.

The honour for this achievement goes to Friedrich Wohler, who synthesised urea in Berlin in 1828 by reacting silver cyanate and ammonium chloride. Making an organic compound from inorganic reagents went against the popular belief in the concept of 'vitality'. 'Vitality' suggested that living organisms and the 'organic' molecules they produced were special and contained a 'vital spark' that inorganic compounds did not. 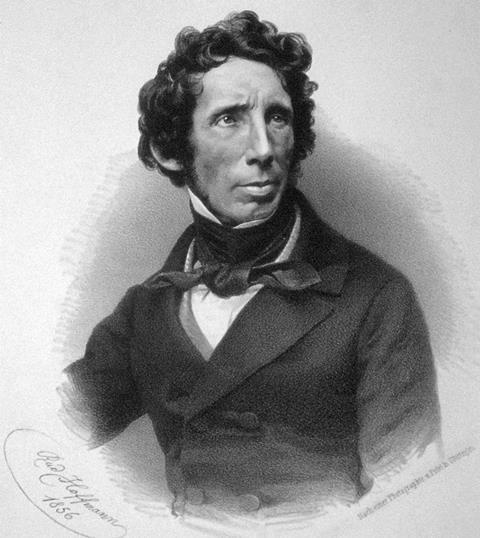 As so often happens in these stories, Wohler never intended to make urea, but was actually trying to make ammonium cyanate. However, the significance of his discovery was so great that he is now known as the father of organic chemistry.

Before Wohler, it was still possible to get hold of urea but it doesn't sound pleasant - Herman Boerhaave purified urea from urine 100 years earlier. Boerhaave, from Leiden in the Netherlands, is best known now as a physician and the founder of clinical teaching, and at the time he did not consider himself to be much of a chemist. In fact, he only published his chemistry work because he was forced to when his students published it on his behalf. He even wrote in his book: 'Nothing was formerly further from my thoughts than that I should trouble the world with anything in chemistry.'

Perhaps because of this attitude, Boerhaave's work on urea was somehow forgotten and 50 years later a method for purifying urea was rediscovered by French chemist Hilaire Rouelle. Unfortunately, as it took two hundred years until Boerhaave's work was uncovered, confusion about who first discovered urea persists to this day, although Boerhaave is now slowly getting the recognition that he deserves.

The human body produces urea from ammonia and excess amino acids. Amino acids are usually used to make the proteins that we need to function, but if we have more than enough they can be metabolised to produce a small amount of energy. Ammonia, on the other hand, is toxic and so it is vital that the body has a way to get rid of it. Ammonia is produced naturally in the course of metabolising food, but it would raise the pH to toxic levels if it was allowed to accumulate in cells. Even though it costs energy to do so, ammonia is converted to urea, which is practically harmless. Urea is also a good choice because it can be removed easily through urine and even a little bit through sweat.

Even though urea is a major component of urine, it is actually colourless and odourless. However, it readily decomposes back to ammonia, which is what gives urine its characteristic smell. This is also why stale urine smells more strongly than fresh urine. 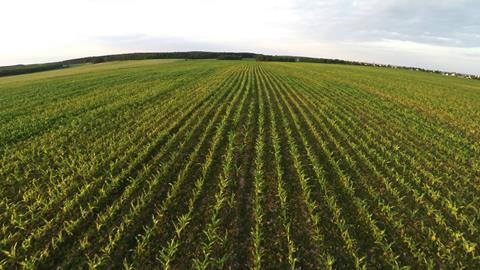 Industrially, 100 million tons of urea is synthesised every year. So what is it all used for? Well, 90% goes into fertilisers, providing an essential source of nitrogen for crops to grow as quickly as possible. Urea is popular because it has the highest percentage nitrogen content of solid fertilisers, which means less weight is required and so it is cheaper to transport. The urea typically decomposes into ammonia, which can be absorbed by plants. However, ammonia tends to evaporate, reducing the amount of nitrogen available in the soil. To avoid this, particularly during the summer, farmers will spread the urea on fields just before it is due to rain.

The ammonia can also be oxidised by bacteria in the soil, creating nitrates. Nitrates are readily absorbed by plants, but can easily be carried away in rain water, running off into nearby lakes and rivers. This is becoming a growing problem because it encourages the growth of plants in the water, which can disrupt the local ecosystem. In Brittany, France, massive algal blooms are seen each summer because of the large farming industry in the area. Each year, bulldozers are required to clear the tons of algae left to rot on the beaches.

Since Wohler, the method for synthesising urea has been adapted. The Bosch-Meiser process reacts ammonia and carbon dioxide, under high temperature and pressure, to form ammonium carbonate which then decomposes into urea and water. Even though this was first developed in 1922, it still remains the standard way of producing urea, thanks to the cheap reagents used. 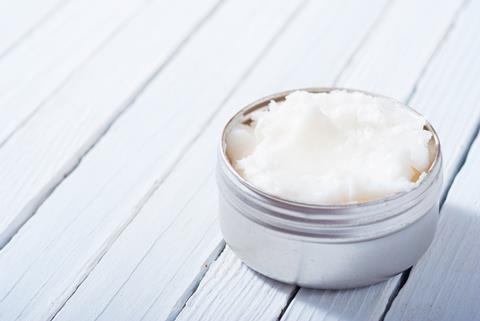 Urea can be reacted with formaldehyde or nitric acid to create a range of other materials that can be used to make resins, plastics and explosives. However, it also has a wide range of uses, including a skin softener in cosmetic creams and colouring for pretzels.

There are few molecules that have such an important place in chemical history. The story of urea is nearly 300 years old, from rather smelly origins through to fertilising the world's crops. Its synthesis may have been a lucky accident but it laid the foundations of modern-day organic chemistry.

Chemistry World's Ian Le Guillou there with the historical and versatile chemistry of urea. Next week, we move from fertilising our soils to the strong smell lurking beneath.

It's a smell that I will forever associate with cold wet rugby games as our studs gripped into the pitch and the whistle blew. That unmistakeable smell of mud and earth that you might associate with weeding the garden or hiding from the rain; for me, it evokes fresh air, tackles and the promise of a pint in the clubhouse afterwards. And the main compound responsible, rather fittingly, is called geosmin: earth odour.

And you can find out the chemistry and uses of this earthy compound by joining Laura Howes in next week's Chemistry in its element. Until then, thank you for listening, I'm Meera Senthilingam.