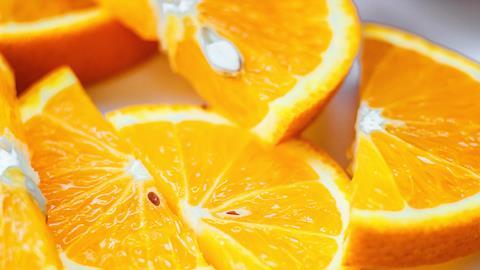 This week, we set sail for a compound that played a significant role in our naval history. Setting the scene is Simon Cotton:

Mention vitamin C, and I start thinking about sailing ships. Without this little sugar molecule, the great feats of British naval endeavour, of discovery and victory, would have been next to impossible. If it had not been for vitamin C, the Royal Navy of the age of Nelson would not have been able to carry out long blockades of ports such as Cadiz and Toulon, or win the great sea battles like Trafalgar. And voyages to the corners of the globe would have carried an enormous cost; their ships' crews falling victim to the ravages of scurvy. 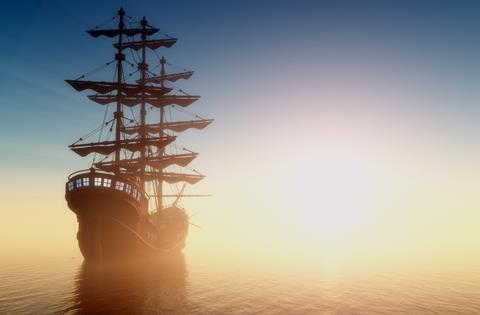 Scurvy has been known for thousands of years, but it started to become a serious problem affecting sailors from dawn of the Age of Discovery in the 15th century, as sailors spent longer and longer periods at sea. Because fruits and vegetables had short lifetimes, much of the sailor's diet depended upon salt meat and biscuits and, as we now know, these foods are lacking in vitamins. Vitamin deficiency can lead to all sorts of health problems, but the symptoms of scurvy began with general lethargy, developing into spotted skin, rotten gums, bleeding from open wounds and eventually death.

Famously, Commodore George Anson's fleet left England in September 1740 with eight ships and nearly 2000 men, on a mission to plunder Spanish possessions in the Pacific, at a time when Spain was enriched by Peruvian silver. The fleet sailed all round the world, returning four years later with a mountain of treasure, but just a single ship with less than two hundred men aboard. Most of the rest had fallen victim to scurvy.

Amazingly, there was no investigation into this. And even more amazingly, the solution to the problem was already being applied elsewhere in the Navy, but without anyone noticing. Admiral Edward Vernon had citrus juice added to his sailors' daily rum ration in order to improve its taste and, as a result, Vernon's seamen were the healthiest in the Navy. But no one  realised why this was until 1747, when James Lind proved that scurvy could be prevented by adding citrus fruit to the diet. The Navy was slow to act on this, and it was the 1790s before Gilbert Blane, the chairman of the Navy's Sick and Hurt Board, ensured that the Admiralty issued daily rations of lemon juice to all sailors. The improvement in health was immediate, and this stood the Royal Navy in good stead throughout the Napoleonic Wars. It was as a result of this citrus provision that British sailors (and eventually Brits in general) became known as Limeys. 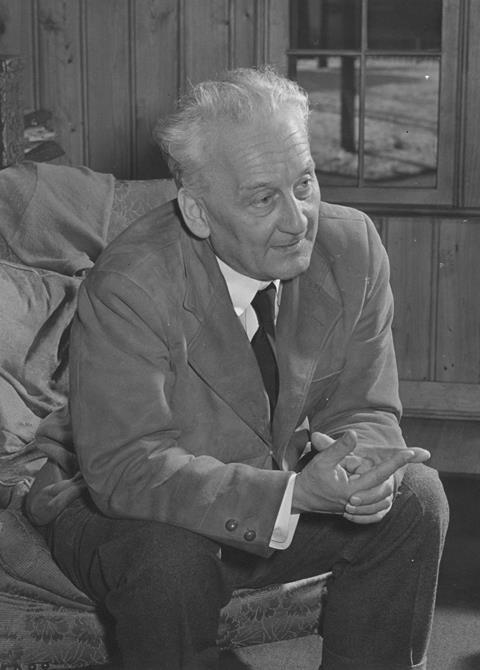 Whilst the role of citrus fruit in preventing scurvy was now understood, it was over a century before an understanding was achieved at the molecular level. In the late 1920s, a Hungarian biochemist named Albert Szent-Györgyi was studying antioxidants, and was convinced that a compound he isolated from cattle was the natural agent that prevented scurvy. He knew its chemical formula, C6H8O6, but wasn't sure of its structure. When he submitted a paper to the Biochemical Journal about this new chemical, he called it ignose, referring to his ignorance of its structure. The editor didn't like this, and asked him for another name, so Szent-Györgyi suggested the humorously literal godnose. In the end, however, he accepted the editor's more mundane suggestion of hexuronic acid.

Szent-Györgyi's research team found they could obtain hexuronic acid from paprika, a cornerstone of Hungarian cooking, and sent samples to the professor of chemistry at the University of Birmingham, Norman Haworth. Haworth was an expert on the chemistry of carbohydrates, and had succeeded in finding out the structures of many of them.

Through some elegant chemistry, Haworth and his research group soon worked out the structure of the molecule and also devised a synthesis of it. A pioneering x-ray diffraction study by Gordon Cox at Birmingham confirmed Haworth's structure, whilst Glen King at the University of Pittsburgh carried out tests on guinea pigs with hexuronic acid in 1932 and showed it was indeed the molecule that prevented scurvy. Szent-Györgyi and Haworth were both to share Nobel Prizes in 1937, Haworth the prize for chemistry and Szent-Györgyi the prize for physiology or medicine.

We now know that a shortage of vitamin C affects the synthesis of collagen, the main constituent of connective tissue. It is involved in the body's production of neurotransmitters like dopamine and adrenaline, and also protects cells against free radical damage by mopping up free radicals. Linus Pauling, already a double Nobel prize-winner, was convinced that taking large doses of vitamin C would stop people getting the common cold, but was never able to get the hard evidence. 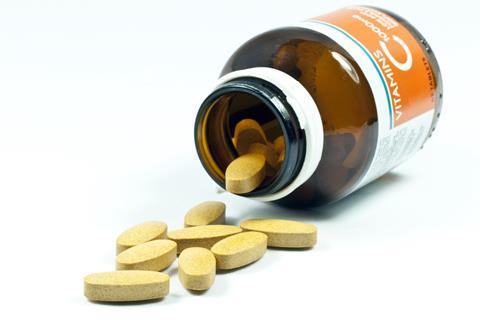 The Latin noun for scurvy is scorbutus, leading to the adjective scorbutic. In honour of its anti-scorbutic properties, Szent-Györgyi and Haworth renamed hexuronic acid as ascorbic acid, the name by which we know vitamin C today. It is also the food additive E300.

So, forget his flag captain Thomas Hardy; E300, also known as ascorbic acid or vitamin C, may actually have been Horatio Nelson's most valuable ally.

And now, our ally as well. That was Birmingham University's Simon Cotton with the disease-ridding chemistry of vitamin C. Now, next week: a source of strength.

So what gives Kevlar its remarkable strength? Each polymer molecule is a long, linear chain, and these chains bundle into fibres, held together by strong intermolecular forces of hydrogen bonding between the amide groups on different chains, and through a powerful association of the benzene rings known as pi-stacking. Concentrated solutions of Kevlar are spun into extremely tough fibres, in a process which is crucial to producing material with high strength. The result of these molecular forces and the processing of the polymer is an incredibly strong bulk material, which has found applications in countless areas of our life.

And you can find out these numerous applications and their effectiveness in our everyday lives by joining David Lindsay in next week's Chemistry in it's element.