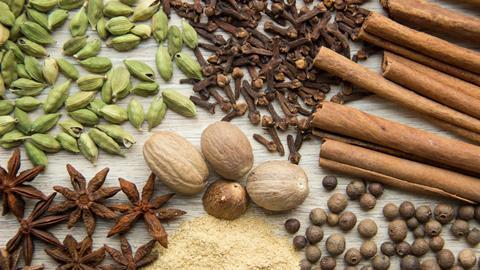 Food is one of the essential ingredients to life. Most of us go to the supermarket, choose the food we want, prepare it and then eat it. This places considerable trust that the food we buy is safe to eat, and that the packaging contains accurate information about its contents.

With our world becoming more connected than ever before, however, the food chain can now span the entire globe, incorporating a complex network of food producers and manufacturers. At the same time, regulations are continually changing. It is the role of everyone involved in the food chain to ensure products are safe to eat and constitute exactly what they say on the package label. But following several recent high-profile food fraud incidents, customers are becoming aware that their food could contain unwanted extras.

The age of awareness

Food safety broadly falls into two categories based on the types of contaminants being detected: residual or fraudulent. Residual contamination refers to the presence of toxic compounds that unintentionally remain due to growing conditions or accidental contact with external factors. The most well-known contaminants of this sort are residual pesticides that may not have been removed after the treatment of crops, or when heavy metals become incorporated into crops following their growth in contaminated soil. 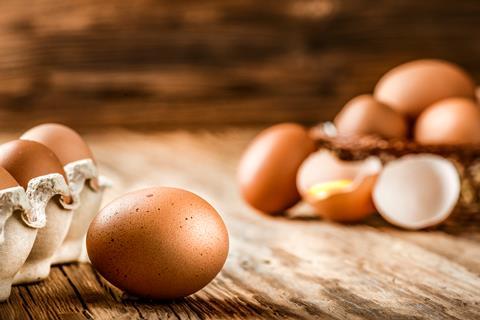 A now infamous case of residual contamination occurred in 2017, when the presence of the pesticide fipronil resulted in the recall and destruction of millions of eggs across Europe.1 Another example is the transfer of chemicals used in packaging. Phthalate chemicals – used in plastics to increase flexibility – are thought to leach into foods that come into contact with the packaging, for instance.2

On the other hand, fraudulent contaminants encompass those chemicals that have been purposefully added to products. This type of contamination is more commonly known as food fraud and is a widespread issue throughout the industry and across the world.

What is food fraud?

Food fraud – also known as food adulteration – refers to a purposeful act of altering food products for sale. This could be adding, misrepresenting or tampering with food and has been estimated to cost the food industry around $40 billion (£30 billion) every year.

Food fraud is not a new phenomenon. It has been widely reported in the industry for decades, and has been around for hundreds of years before that. Some of the oldest examples occurred in the 18th and 19th centuries and involved watering down milk, colouring milk or flour with chalk dust, and even adding lead to wine or beer. The advent of modern characterisation technologies has provided a step-change in the industry’s ability to identify and combat food fraud.

However, modern-day incidents continue to thrust food fraud into the public eye. A prime example was the horsemeat scandal that occurred in the UK in 2013. But perhaps the most infamous example of modern-day food fraud occurred in China in 2008. Hundreds of thousands of infants and children fell ill when they consumed milk powder contaminated with melamine, a nitrogen-rich compound that is used in industry to make various commodities including plastics, fertilizers and flame-retardant products. Nowadays, gas chromatography coupled with mass spectrometry is regularly employed by laboratories to analyse contaminants such as melamine as it provides more robust analysis of samples.3 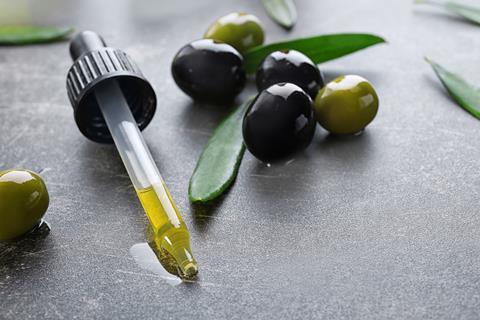 There are many food products that are common targets for food fraud. These include alcohol, honey, olive oil, seafood and fruit juices. In the case of seafood, food fraud can be as simple as mislabelling (either intentional or unintentional; unintentional mislabelling is not often referred to as food fraud, and could be the result of poor quality controls). For instance, a 2018 study analysing fish in Canada found that, on average, 25% of seafood was mislabelled, with snapper fish mislabelling being as high as 91%.4 Seafood fraud extends to the US, with studies by Oceana finding similarly widespread mislabelling in New York.

To combat food fraud, scientists need access to techniques that can readily identify adulterants or contaminants in food products. Infrared (IR) spectroscopy is one of the most recognised techniques used throughout the industry. It is fast and cost-effective, and provides evidence that can help scientists uncover and identify the contents of various food products. 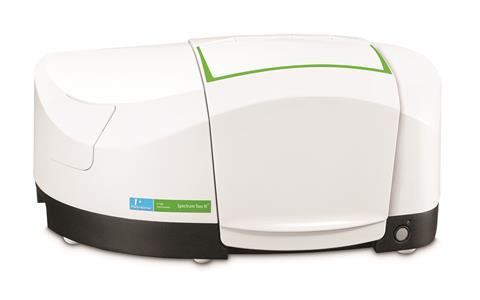 In the decades since the application of IR spectroscopy in food analysis, technological advances have made it an ideal tool to uncover food fraud. It rapidly provides users with a detailed spectrum of a given sample that is then analysed for information.

Multiple studies have investigated the presence of adulterants in many types of food. For instance, one study found that herbs labelled as containing oregano actually contained leaves from numerous different plant species. In this case, differences in IR spectra provided vital evidence confirming the presence of the olive or myrtle leaves in place of oregano.5

In order to identify food fraud, scientists require a robust IR instrument and the corresponding software to analyse the resulting spectra. PerkinElmer’s Adulterant Screen software is a prime example of a tool that can provide the scientist with an indication of adulteration. It performs a comparison between an unknown sample and the spectrum of a known ‘pure’ sample from a library. If a scientist is analysing milk powder samples, for example, the Adulterant Screen software will compare the spectrum of any new sample against a spectrum from a known sample. Adulterated samples will contain different peaks, which correspond to the different chemicals added. It is these peaks that can help scientists uncover the type and source of contamination, while providing a rapid and simple pass/fail analysis to indicate adulteration.6 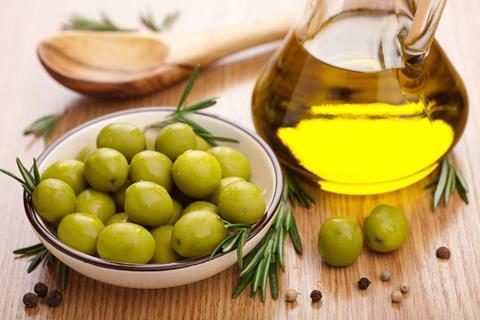 Take olive oil as another example. Globally, it is one of the most commonly adulterated foods following increased demand over the past decades. In addition, olive oil products can be categorised according to their quality. Extra virgin olive oil is a premium product due to its lengthy preparation and production time when compared with the standard alternative. It therefore commands a premium price, which makes it highly susceptible to food fraud. It is all too common for extra virgin olive oil to be diluted or substituted with lower quality oils, such as sunflower, soybean, and rapeseed oils.

IR spectroscopy tests can identify and quantify the presence of different oils in an adulterated sample. Because each edible oil has a similar molecular backbone, the infrared spectra will all be similar. However, there will be minor chemical group variations on the triglyceride backbone that can lead to distinguishing peaks in the IR spectrum, allowing identification. Once an adulterant has been identified, the contaminant can be quantified by comparing the sample oil blend with a series of known mixtures.7 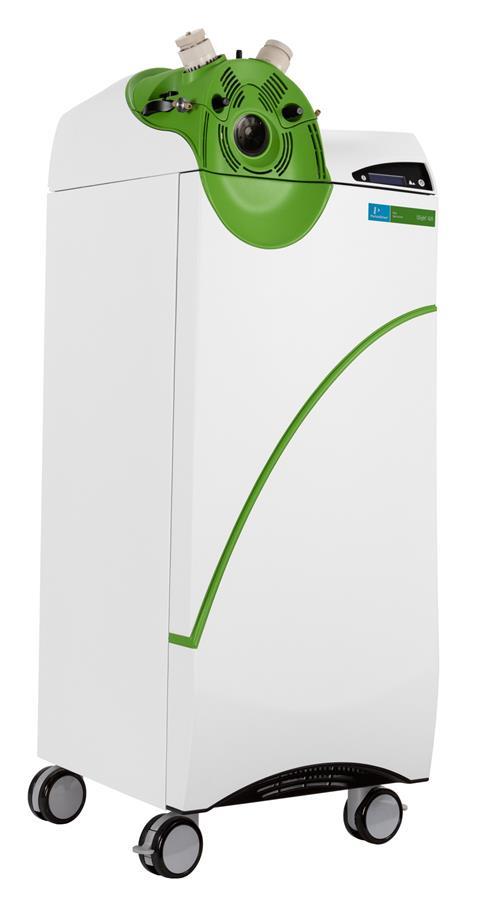 One food adulteration example that requires the use of mass spectrometry analysis is the identification of pork. For many people, the consumption of pork or pork products is strictly forbidden due to their religion or other beliefs. It is therefore imperative that food manufacturers and distributors regularly use characterisation methods that can identify traces of pork in various products.

A useful method to detect pork in products is through the identification of certain meat peptides and biomarkers that are unique to pork meat. However, biomarkers require ultra-sensitive instrumentation in order to identify them in a complex sample of meat. In research performed by PerkinElmer, three biomarker peptides unique to pork have been identified. Scientists can then use the high power of the QSight 400 triple quadrupole mass spectrometer to identify pork meat in products labelled as beef, chicken, duck or lamb. Characterising products can also ensure that products labelled as pork-free are actually delivering on their promise.8

Food fraud and recalls can have a damaging effect on our food supply and consumer confidence. Because of this, it’s increasingly important for food manufacturers to uncover and fight food fraud before it impacts the consumer. Ultimately, this requires manufacturing and production sites to adopt, integrate and leverage advanced analytical methods.

Methods such as IR spectroscopy and mass spectrometry are at the ready to successfully identify unknown contaminants, prevent food fraud and improve the quality of food for people around the globe.