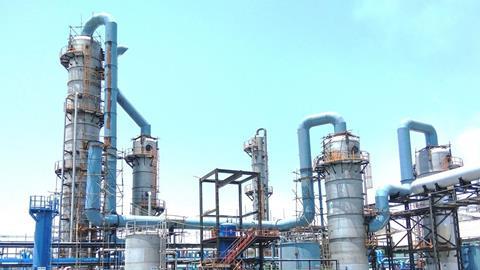 Boost for carbon capture projects in India, Norway and Australia

Carbon capture and storage (CCS) is attracting renewed investment around the world, with a new research institute in Australia, increased government funding in Norway and a commercial carbon capture project in India.

UK firm Carbon Clean Solutions (CCSL) has launched a new project aiming to capture 60,000 tonnes of carbon dioxide from a coal-fired power station in Chennai, India. CCSL claims its technology will reduce the plant’s emissions to zero, at a cost of $30 per tonne of CO2 removed ­– around half to one third of the typical cost. Carbon dioxide collected from the 10MW power station will be used to make soda ash by another Indian company, Tuticorin Alkali Chemicals & Fertilizers.

Speaking to Chemistry World, CCSL’s chief executive Aniruddha Sharma explained the technology that enables the carbon capture to proceed at such low cost. ‘The heart of the process … combines the benefits of two traditional routes to CO2 separation which use salts and amines. We call it an amine-promoted buffer salt [APBS].’ According to Sharma, the ‘higher adsorption, lower energy requirement and lower corrosion’ of the APBS system, compared to conventional routes of carbon capture, mean that it can be used in smaller and cheaper process plants.

From November 2015 until the end of March this year, CCSL assessed the system for environmental emissions, corrosion and energy efficiency at the world’s largest carbon capture materials testing facility, Technology Centre Mongstad (TCM) in Norway. ‘Over the period, CCSL successfully captured more than 25,000 tons of carbon dioxide,’ explains Sharma. ‘Most significantly, it demonstrated parts per billion solvent emissions compared to parts per million for traditional solvents, and aerosol emissions were 80 times lower than the permissible limit,’ he adds.

TCM is one of a number of carbon capture projects in Norway that will benefit from a fresh round of investment announced at the beginning of October by the Norwegian government. NOK1.3 billion (£130 million) will be distributed between a variety of ventures, including those put forward by a fertiliser producer, a cement manufacturer, and a waste management and energy recovery company. Further funding will be made available in research grants for academic researchers, while the largest portion of the funding (NOK642 million) will go to TCM.

Vegar Stokset, TCM’s head of communications, explains that the Mongstad facility and its owners – Gassnova, Statoil, Sasol and Shell – provide infrastructure and skilled technical resources that enable developers to test and improve CCS technology and ease their route to market. Stokset says that the Norwegian government’s proposals for further funding of TCM ‘will give us the opportunity to continue the important work of bringing CCS costs down. This is essential to enable full-scale CCS to be deployed worldwide, and contribute to fighting climate change.’

The developments in Norway and India come less than two weeks after a new A$7.6 million (£4.8 million) carbon capture research facility was opened by the University of Melbourne and CCS technology consortium CO2CRC in Australia. The new laboratories, which were financed by the Australian Federal Government, will be run by the Peter Cook Centre for CCS Research. Malcolm Garratt, chairman of the scientific advisory committee of the Peter Cook Centre, explains that the broad aims of researchers at the new facility are to lower the cost of capture technologies and reduce risks associated with carbon dioxide storage. ‘The research activities cover many aspects of capture and storage, including solvent and membrane research, negative emission techniques, geochemical modelling etc.’ he says.

The International Energy Agency has estimated that CCS technology could contribute 14% of required future carbon emissions reductions, and Sharma, Stokset and Garratt all stress the important role it will play as countries work towards meeting commitments made in the 2015 Paris agreement. They also note the potential for CCS reducing emissions from industrial processing as well as in the power sector, ‘Emissions from industrial processing are estimated to be around 25% of the total, and in many cases there is no option to reduce emissions other than with CCS,’ says Garratt.

Garratt notes that as CCS technology continues to develop and the first plants come online, associated costs should come down. However, he stresses that national governments need to implement clear policies to assist with this progress, ‘Different countries are responding in different ways but generally the lack of carbon price signal and/or a regulatory emission framework is impairing development.’

In the UK, a report published in early October by the Committee on Climate Change criticised the ‘unclear’ CCS policy following the government’s cancellation of its £1 billion carbon capture demonstration programme in last year’s autumn budget statement. This view echoed that expressed in September’s report from the Parliamentary Advisory Group on CCS, which made a series of recommendations on the ‘urgent need’ for a new approach if the UK is to meet its commitments under the Climate Change Act and the Paris agreement.