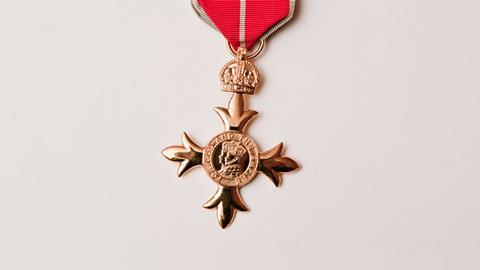 A number of chemists are among those who have been recognised in the 2020 New Year’s Honours list. Among those honoured are innovators in materials science, pharma and analytical chemistry.

The University of Cambridge’s Anthony Cheetham received a knighthood for services to materials chemistry, UK science and global outreach. Cheetham’s research focuses on inorganic materials including metal­–organic frameworks and hybrid perovskites, which have potential applications in nuclear energy and photovoltaics.

The UK’s special envoy on antimicrobial resistance, Sally Davies, was made Dame Grand Cross of the Order of the Bath for her ‘services to public health and research’. Davies, who had previously been made a Dame in 2009, was the chief medical officer for England between 2010 and 2019 and has also served as the UK government’s chief scientific adviser.

Lynn Gladden, also at Cambridge, was made a Dame ‘for services to academic and industrial research in chemical engineering’. Gladden’s research focuses on magnetic resonance techniques for studying chemical engineering challenges, including in catalysis, drug delivery and oil recovery and she has been executive chair of the Engineering and Physical Sciences Research Council since 2018.

Of the 1097 people named on the list, 14.6% received honours for work in science, technology and health sectors. A full list of chemists recognised in this year’s honours can be found on the Royal Society of Chemistry’s website.