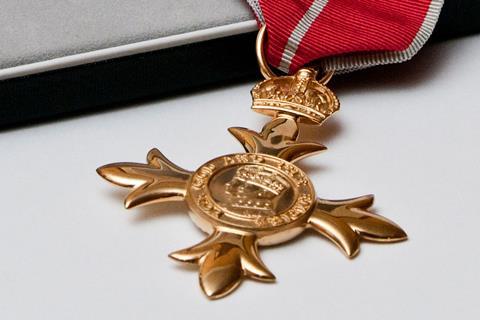 A handful of chemists and chemical engineers have received knighthoods and other accolades in the New Year’s Honours list in recognition of their contributions to science.

Knighthoods were also given to the government’s chief scientific advisor Patrick Vallance for services to open clinical science, and to Ian Blatchford, director of the Science Museum Group, for services to cultural education.

Two chemical engineers received Commanders of the Order of the British Empire (CBEs): Raffaella Ocone from Heriot-Watt University, and Geoffrey Maitland of Imperial College London, who is a former president of the Institution of Chemical Engineers and a trustee of the Royal Society of Chemistry’s governing council.

An Order of the British Empire (OBE) was awarded to Home Office scientist Anne-Marie Fry, who is head of chemical, biological, radiological and explosive (Protect) at the Office for Security and Counter-Terrorism’s science and technology unit, for services to countering terrorism.