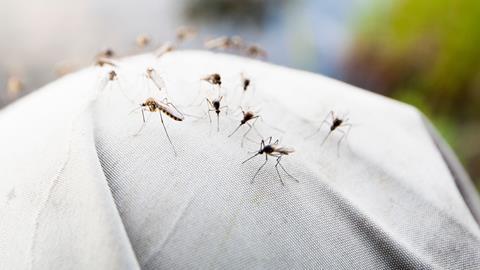 A new project to provide long-term protection from mosquito-borne illnesses by genetically engineering people’s skin bacteria has been launched by the US Department of Defense (DOD). The goal of the programme is to give US soldiers lasting defence against a range of serious mosquito-borne diseases such as malaria, dengue and chikungunya that can rundown a unit’s fighting fitness.

Mosquitoes are able to find their next meal by sniffing out certain chemicals released by a person. Bacteria living on a person’s skin consume their metabolites and turn them in chemicals that, depending on the strains present, can make the person smell more attractive to mosquitoes.

Dubbed ReVector, the Defense Advanced Research Projects Agency (Darpa) launched the four-year initiative earlier this month. Its goal is to create easily delivered treatments, such as topical solutions, that confuse or repel mosquitos within hours and keeps them away for at least two weeks. ReVector participants have to demonstrate a safe, precise treatment that delivers a 100-fold reduction in mosquito feeding within the four years of the project’s lifespan. Full proposals in response to Darpa’s announcement are due by 11 July.

‘Mosquitoes are attracted to the products of humans’ microbial metabolism,’ explains ReVector programme manager Chris Sund. ‘Darpa is asking the teams proposing to ReVector to identify the specific molecular and microbial features that differentiate attraction levels, model those molecular networks and identify leverage points for reducing attraction, and design strategies and methods to alter microbiomes to reduce mosquito attraction and feeding.’

Beyond decoding the complicated interactions between microbes and human physiology, programme participants will also have to factor in the variability between individual microbiomes. Other requirements include the development of a plan to test interventions safely in humans and a strategy to deploy these to military personnel.

In order not to bias ReVector proposals, Sund says the initiative has no specific budget. The objective, he notes, is to generate treatments that are ready for human clinical trials, and position them for a smooth handoff to DOD partners to begin protecting service members.

Darpa will work with regulators from the Food and Drug Administration, Environmental Protection Agency and Department of Agriculture ‘early and often’ to provide guidance on regulatory perspectives before research even gets underway, Sund adds. The agency will also ensure that the interventions designed are safe for human use and the environment.