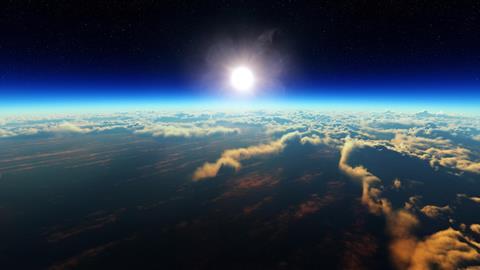 Deuteration of classic origin of life experiment throws up surprises

The only thing that distinguishes hydrogen from its heavier isotope deuterium is an extra neutron. Nevertheless, reaction rates of deuterated compounds can be significantly different owing to the kinetic isotope effect. This is the result of the heavier isotope having lower mobility and its bonds being harder to break.

Lee Cronin and his team at the University of Glasgow, who have explored artificial biological systems before, reproduced an experiment first run by Stanley Miller and Harold Urey in 1952. Water, hydrogen, ammonia and methane were boiled for several days and exposed to electric sparks – conditions that were meant to simulate those on early Earth before life had arisen. The reaction produced a soup of amino acids, which are found in all living things.

When all the starting materials in the classic origin of life experiment were deuterated, the team not only found the expected isotopologues – compounds that only differ in their isotope – but some completely different products. While the distribution of amino acids the researchers found was similar in both ‘ordinary’ starting materials and deuterated ones, they identified around 40 products that are unique to one of the ‘isotope worlds’. However, it isn’t clear yet what these compounds are.

Surprisingly, the deuterium experiment produces a wider range of chemicals, whereas the hydrogen version is dominated by a few species. The team suggests that isotope exchange could be a way to explore chemically diverse compounds using otherwise identical reaction conditions.