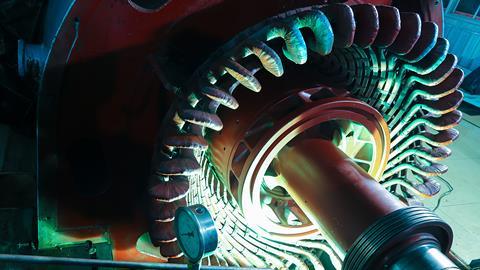 Dual use molecular motor can drive or glow

Molecular motors have been created that either rotate or fluoresce when stimulated by a specific wavelength of light. It is the first time that two independent light-driven functions have been incorporated into the same molecular motor and could aid their future use in biological settings.

Molecular machines are an intense area of chemical research with potential applications ranging from molecular computing to nanomedicine. Now, a team led by University of Groningen researchers Ben Feringa – who shared the 2016 chemistry Nobel prize for his pioneering work on molecular motors – and Maxim Pshenichnikov has developed a series of machines that rotate and fluoresce depending on which wavelength of light is used to activate it. 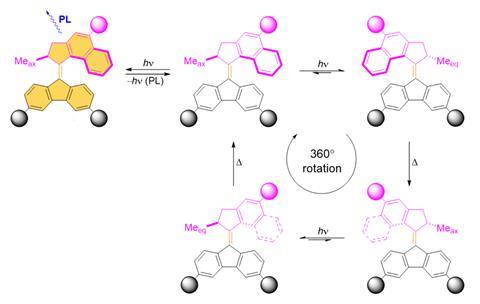 The key to separating the two functions is in the two different excited states that the molecule can take on. One of these transfers energy towards rotation, while the other causes the molecule to fluoresce.

The researchers say that incorporating photoluminescence into molecular machines will provide a way to track them in complex biological environments. Importantly, the motors are driven using low-intensity near-infrared light, so avoids the damage to living cells from using ultraviolet light, which is often required to operate molecular machines.