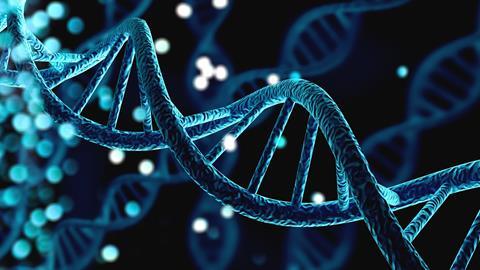 Large and unusual DNA entities have been discovered coexisting in methane-metabolising microbes that may play a role in regulating global greenhouse gas emissions.

They possess some of their host microbe’s genes, leading the team to dub them ‘Borgs’ after the Star Trek villain that assimilate the biology and knowledge of other organisms. Nineteen distinct Borgs were identified in anaerobic soil-dwelling archaea and some of them seem to boost the microbe’s methane metabolism.

‘I was really very excited about these almost from the first moment we found the first examples, primarily because they are so large,’ says Jill Banfield at the University of California, Berkeley who led the work, which is yet to be peer reviewed. ‘We have come across many new major lineages of bacteria and archaea, but this was even beyond that.’

Banfield and her colleagues, including Jennifer Doudna who won last year’s chemistry Nobel prize for pioneering Crispr gene-editing technology, made the discovery while investigating wetland soil microorganisms. They wanted to identify known types of mobile genetic elements, such as plasmids, which exist in microbes. After collecting soil samples from four wetland sites in California, DNA was then extracted from the samples and studied.

The researchers analysed over 10 billion DNA snippets in search of separate DNA fragments in a genus of archaea called Methanoperedens, whose genomes they identified in the samples. They found 19 distinct linear DNA sequences that were not part of the archaea chromosomes but they were much bigger than plasmids or viral genomes. This DNA didn’t encode proteins that are usually the hallmark of viruses or plasmids, suggesting they were something different.

The 19 Borgs were assigned a colour and the genomes of four of them – lilac, black, purple and sky – were sequenced. Some were around 1 million base pairs long, which is up to a third of the size of their hosts’ genomes. The team’s analysis also suggests that around 21% of their genes were assimilated from their microbe hosts. Other genes were found to produce variants of Methanoperedens proteins.

Proliferation of the Borgs

‘Many genes encoded on the Borgs relate to metabolism, translation, membrane transport, DNA manipulation and repair, and host defences,’ explains Basem Al-Shayeb, first author of the study. ‘These are all functions that the Borgs could be boosting in their hosts, which may give the hosts a competitive advantage and, in turn, lead to more proliferation of Borgs within them.’

Some Borgs were found to enhance their host’s oxidation of methane, a process that powers the microbes and releases carbon dioxide. Methane is 30 times more potent as a greenhouse gas than carbon dioxide so Borgs could potentially offer a solution to help reduce methane in the environment, Al-Shayeb says.

‘We don’t know for certain how Borgs exist in the archaea, but we do know that in some instances different colours will undergo recombination with each other and not just the host, exchanging new functionalities via lateral gene transfer, and also indicating that different Borgs may persist within the same host,’ says Al- Shayeb.

‘Some may say that Borgs are just very unusual and huge versions of things we already know about, which is a fair point,’ says Banfield. ‘But their combination of features is really striking.’

Mart Krupovic, who investigates archaea at the Pasteur Institute in Paris, France, thinks Borgs are essentially large plasmids, or megaplasmids, which have been known about for decades in other single-celled organisms. ‘Streptomyces bacteria carry similar linear plasmids and can be anything from a few hundred kilobase pairs to 1.8 megabase pairs,’ he says.

‘Borgs do not qualify as unprecedented, novel entities, because there is nothing fundamentally different about them compared to what we knew about plasmids from other organisms,’ says Krupovic. ‘It is great to see that linear megaplasmids have now also been discovered in archaea …we did not know about that and for me this is exciting.’