The concept of ‘precision medicine’ is growing in popularity in the pharmaceutical industry. The idea is simple: develop highly targeted drugs and sophisticated diagnostic tests that can accurately identify subtypes of complex diseases and determine which of a range of drugs should be most effective. 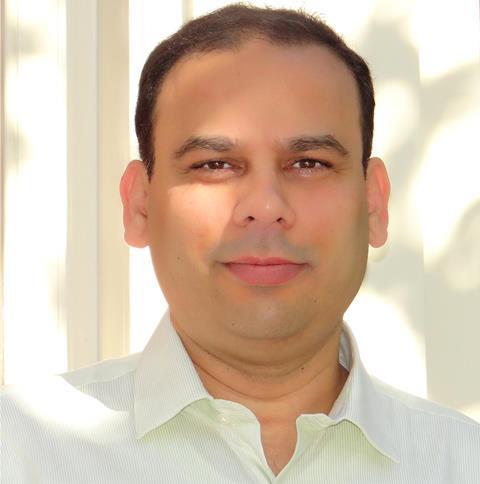 Koustubh Ranade is a geneticist and vice president of R&D at MedImmune in Gaithersburg, US. He oversees translational medicine research in the areas of cancer, respiratory, inflammation and autoimmune disease

Much of the early effort in this direction has been in cancer, says MedImmune’s Koustubh Ranade. ‘The science that has emerged over the last decade or so clearly suggests that what we think of as lung cancer, for example, is actually driven by many molecular pathways – so it stands to reason that treating all patients with the same chemotherapy agent is unlikely to work,’ he says. ‘And that’s what we see: when we identify a patient with a particular molecular feature, and then tailor the treatment to target that feature, the outcomes are much, much better.’

But developing drugs that are so highly targeted requires a significantly more comprehensive understanding of the molecular basis of a disease than has traditionally been available. While that requires significant R&D investment, Ranade says, it is also intellectually much more exciting. Researchers, including those at MedImmune, are looking beyond cancer to other complex pathologies, including respiratory, cardiovascular and autoimmune diseases. ‘Any disease in which multiple molecular pathways lead to the same signs and symptoms will lend itself to this kind of precision medicine approach,’ he says.

Ranade highlights an example in lupus: ‘Over the past 15 years or so there’s emerged clear understanding that a subset of lupus patients, about 50–60%, appear to have their disease driven by type 1 interferons,’ he says. These immune proteins are usually involved in defending against viral infections, but can somehow end up triggering the immune system to attack the patient’s own cells. MedImmune is therefore developing therapeutic antibodies to target and block the receptors that type 1 interferons bind to, as well as a test to identify patients whose lupus is more likely to be driven by this pathway.

And that raises the issue that runs alongside precision medicine – companion diagnostics. The success of any precision drug depends on having a robust diagnostic test that can distinguish patients who are likely to respond to it. Typically, Ranade says, biomarkers will be identified as part of the pathology work to understand the disease pathways, but developing this into a functioning test kit is usually done in partnership with specialist diagnostics companies.

There is a risk, however, of these diagnostic tests proliferating to the point where hospital labs are overwhelmed. One example is in the area of immuno-oncology. Several companies have developed, or are developing, therapies that target the protein Programmed Death Ligand 1 (PD-L1), which plays a crucial role in regulating various cancers. MedImmune has partnered with Roche subsidiary Ventana to develop a companion test for its investigational anti-PD-L1 antibody durvalumab, but several other tests already exist or are in development. ‘That has the potential to result in a profusion of different PD-L1 diagnostic assays and perhaps cause some confusion,’ says Ranade. MedImmune – the biologics R&D arm of AstraZeneca – is therefore collaborating with various industry partners, as well as the US Food and Drug Administration (FDA), to work out how the different assays compare. ‘We haven’t arrived at a conclusion yet, because that work is still ongoing, but as more of these companion diagnostic tests get approved, I expect you’ll see more of these cross-industry-academia-regulator partnerships to help make sure patients get the most out of the right test and the right therapy.’

If you’d asked people 15–20 years ago whether we would ever find precision medicines for cancer, they’d have said no, because it looked horrifyingly complex

Ranade points to the early days of genomics as an example: ‘There were multiple technology platforms that people used to look at gene expression profiles. But then people were getting results and other researchers didn’t know what to make of them, because they couldn’t compare.’ That stimulated an effort across academia and industry to standardise, and over time a couple of platforms emerged that were widely adopted. ‘Then the field advanced very rapidly because people could compare results easily across different platforms.’

For Ranade, the key driver of precision medicine is whether the molecular heterogeneity behind complex diseases can be unpicked. ‘Can we follow the science to identify the different subsets of the disease?’ he asks. ‘If we can get a handle on that we’ll be able to develop a precision medicine approach. But that’s a big if.’

However, he remains optimistic: ‘If you’d asked people 15–20 years ago whether we would ever find precision medicines for cancer, they’d have said no, because it looked horrifyingly complex. But as people have chiselled away at the different molecular subtypes, now we have a rich variety of precision medicines to treat cancer.’

With the advances Ranade has seen in the understanding of inflammatory diseases like lupus and asthma, and with medicines targeted to specific patient subsets showing up in company pipelines, he is enthusiastic about the future. ‘As we get in there and apply the kinds of approaches that have been applied to cancer and to inflammation, we expect to see the same kind of progress in cardiovascular and metabolic disease, and of course neuroscience. It’s something we’re going to see more of.’