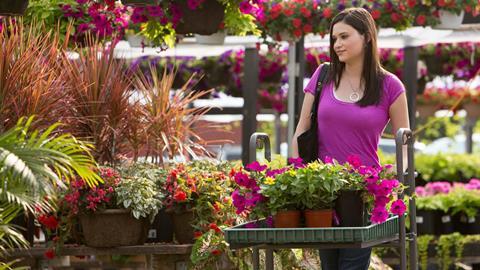 Plants sold at UK garden centres are tainted by a cocktail of pesticide residues, a study has found.1 The mix included neonicotinoid pesticides, some of which are banned on bee attractive crops in the EU. The authors report that gardeners could be contaminating their gardens with pesticides harmful to beneficial insects and pollinators by purchasing these plants.

The plants tested were bought in southern England from B&Q, Homebase, Aldi, Staverton’s and Wyevale. Analyses were carried out using mass spectrometry. Two of 28 ornamental garden plants were free from the pesticides tested for, whereas 23 contained more than one pesticide. Neonicotinoids were detected on 70% of the plants tested in pollen, nectar or foliage, suggesting their use is widespread in garden nurseries.

‘Some of the levels of neonicotinoids in pollen were very close to their acute toxicity levels for honeybees, which was a big surprise,’ says Elizabeth Hill, author and analytical chemist at the University of Sussex, UK. ‘We thought these pesticides would have been applied well before the plant went to market. They are clearly persistent.’

Neonicotinoids have been reported to have negative impacts on bee mortality, foraging, homing, navigation and queen survival, even at levels of a few nanograms. Widespread use on ornamental plants could be contaminating gardens and parks, the authors claim. They recommend that gardeners looking for pesticide-free plants grow from seed, swap plants with neighbours or buy from organic nurseries. 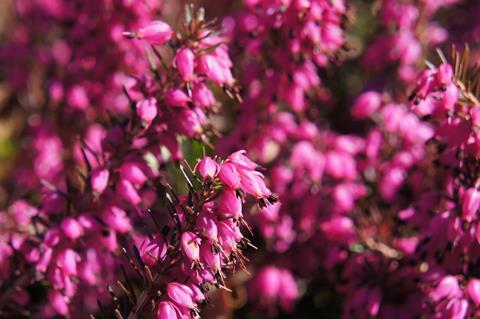 Lavender, wallflower, foxglove, catmint, dahlia and heather were among the plants tested. Neonicotinoid concentrations on leaves varied from 1.7ng/g for thiacloprid to 25ng/g for thiamethoxam. Two pyrethroid insecticides were also detected in 7% of plants, with an organophosphate (chlorpyrifos) present in 10%. Fungicides were detected in 40% of the plants.

‘I was surprised by the extent of the contamination,’ says study author and bee biologist Dave Goulson at Sussex. ‘Some of the plants had concentrations of neonicotinoid that are similar to treated crops, some were higher.’ Imidacloprid turned up most often. ‘This is the oldest of the neonics and one of the more toxic ones. It is subject to the European ban, but still widely used in horticulture.’

‘The levels of some of the neonicotinoids found in pollen are within the range known to have sub-lethal effects on bees,’ comments Dara Stanley, pollination biologist at NUI Galway, Ireland, who was not involved in this new work. ‘This study measured mean levels of 11ppb thiamethoxam in pollen; in some of our work we have found behavioural effects on bumblebees at 10ppb, and even sometimes at 2.4ppb.’

Also, combinations of pesticides, such as neonicotinoids and pyrethroids, have been reported to impede bee health and colony performance, possibly due to cumulative effects on bee brains. The authors highlight 2004 research suggesting that fungicides can ramp up the toxicity of insecticides.2

‘If you have a fungicide co-occurring with some of the neonics, you enhance the toxicity of the neonic; this is because the fungicide binds up the detox enzymes and there is a finite amount of these in a bee,’ says Christian Krupke, entomologist at Purdue University, Indiana, who was not involved in the study. Last year he reported that honeybee pollen contained a range of homeowner pesticides, especially pyrethroids.3 One fungicide – azoxystrobin – appeared in almost every sample he collected.

Whether agrichemicals have population-wide impacts on bees is hotly disputed. The argument revolves around whether concentrations detected are biologically relevant in field conditions. Some view the new findings as not concerning for bees. Allan Felsot, environmental toxicologist at Washington State University, says that the 2004 study on fungicides boosting insecticide toxicity, relied on concentrations of 10,000ppm applied to the bee thorax, whereas this new paper found a concentration of around 2ppm.

Felsot quotes the author’s own text to offer reassurance – ‘unless large numbers of contaminated plants are bought and planted together, it is likely that the total residues to which pollinators are exposed will be diluted by their also feeding on other, uncontaminated plants’.