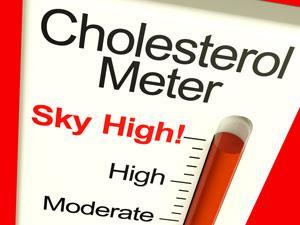 The failure of dalcetrapib, a drug from Roche designed to raise HDL, or ‘good’, cholesterol, has turned the spotlight again on such drugs. Dalcetrapib is a cholesteryl ester transfer protein (CETP) inhibitor - the first CETP inhibitor, Pfizer’s torcetrapib, was a high-profile failure back in 2006, with trials stopped because the drug raised blood pressure. Dalcetrapib’s failure was different - it simply didn’t work. Two more CETP inhibitors are still in development, Merck’s anacetrapib and evacetrapib from Eli Lilly. But is there still a future for CETP as a target?

‘We always knew dalcetrapib was an extremely weak inhibitor of CETP,’ says Stanley Hazen, section head of preventive cardiology and cardiac rehabilitation at the Cleveland Clinic. ‘It behaves substantially differently from the two more potent, cleaner CETP inhibitors still under development. The HDL elevation is substantially lower with dalcetrapib and, more importantly, there was no LDL [‘bad’ cholesterol] reduction. Both evacetrapib and anacetrapib give a more dramatic HDL elevation, and a sizeable LDL reduction.’

Large-scale trial results on evacetrapib and anacetrapib will not be available for some years but, Hazen says, a super-sized safety trial on anacetrapib showed a signs of clinical benefit and he remains hopeful. ‘I think they will revolutionise the way we treat patients,’ he says. ‘Dalcetrapib has clearly been hit a mortal blow, but I don’t think the CETP inhibitor as a class of drug has yet.’

However, there is another question overshadowing the CETP inhibitors - how much does raising your HDL levels help to protect your heart? According to Tim Rolph, chief scientific officer for cardiovascular, metabolic and endocrine diseases research at Pfizer, we have known for a long time that high levels of HDL are associated with reduced cardiovascular risk. ‘However, we’ve never demonstrated that elevated HDL is actually the cause of the reduced risk,’ he says.

This has been addressed in a large mendelian randomisation study, recently published in The Lancet, looking at whether people with a specific gene that raises HDL levels are at a reduced risk of heart disease.1 Sekar Kathiresan, director of preventive cardiology at Massachusetts General Hospital, US, and one of the authors of the study, explains that about 2.5% of the population carry the endothelial lipase gene and this boosts HDL cholesterol by about six points. But in the study group of 116,000 people with no difference in other risk factors, they found the risk of heart attack was exactly the same in those with the gene as those without, despite the difference in HDL cholesterol levels.

The results were a surprise, Kathiresan says, and suggest a couple of conclusions. ‘Just because an intervention raises HDL cholesterol, you can’t assume risk of [heart attack] will be lower and it raises serious questions about whether HDL cholesterol can be used as a surrogate for heart attack risk in drug trials,’ he says. ‘It also raises serious questions about whether HDL is a causal factor or not - it may merely be a good marker of future risk of disease…there may be other ways of changing HDL that do protect, but more work is needed. My suspicion is that anacetrapib and evacetrapib will probably reduce the risk of disease, but largely because of their LDL-lowering properties. There is a convergence of information in terms of failed drug trials and genetics that calls into question whether HDL raising is a viable approach.’

However, all HDL is not the same and Hazen does not believe The Lancet paper closes the book on the HDL story. ‘If anything, it just highlights how much more research is needed,’ he says. ‘LDL is a pretty homogeneous particle, whereas HDL is a symphony of different types of molecule, where the particles have different lipid cargo, different protein cargo and composition, but we lump them all together.’ The gene in study is just one genetic marker out of many, and while no effect was seen on the risk of coronary disease or MI, it may be that it is the ‘wrong’ type of HDL. ‘It’s the kind of experiment where a positive result is meaningful, but a negative result does not exclude the possibility that something is going on that you are not seeing.’

Despite their widespread use, statins do not work for everyone, and another target of great interest to industry is the gene PCSK9, which regulates the levels of the LDL receptor in the liver. Three antibodies that inhibit PCSK9 synthesis are in the later stages of clinical development, at Pfizer, Sanofi and Amgen, and various other PCSK9 synthesis inhibitors are undergoing earlier studies elsewhere. ‘They produce large decreases in LDL, to the point where the FDA has imposed a bottom limit on how far you can push LDL down because of safety concerns,’ Rolph says. ‘For example, in the brain newly synthesised cholesterol is essential for synaptic function, so it’s not good to push it down too much.’