How goldfish ‘get drunk’ to cope with cold winters 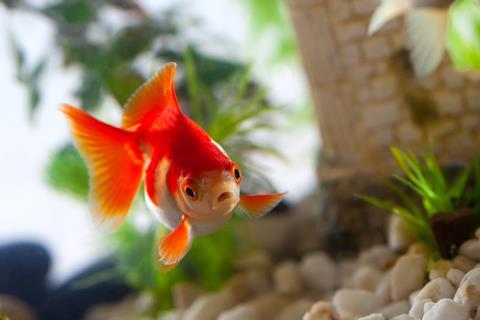 When lakes freeze over and oxygen becomes scarce, goldfish and their close relatives resort to alcohol for survival. Now researchers in Norway and the UK have discovered the genetic basis of this peculiar ability and found it resembles the fermentation of brewer’s yeast.

Most animals die within minutes if starved of oxygen. But in the 1980s scientists discovered that fish of the Carassius genus (goldfish and crucian carp) tolerate oxygen-free environments by generating energy via anaerobic metabolism. This produces lactic acid as waste, which would be lethal if allowed to build up. Instead, these fish convert lactate to ethanol in their skeletal muscle, which is then expelled across the gills. It means their blood alcohol levels are about the same as when we drink one or two pints of beer.

Now, Cathrine Fagernes and Göran Nilsson at the University of Oslo, Norway, and their colleagues have solved the molecular mystery of how this switch to ethanol production occurs. ‘It had to be something very interesting in their genes, proteins or the regulation of these that allowed for this adaptation to evolve,’ says Fagernes.

To find out, the researchers used cloning and sequencing to obtain the sequences that encode enzymes of key metabolic pathways; namely the pyruvate dehydrogenase (PDH) complex and an alcohol dehydrogenase (ADH). The PDH complex is usually involved in aerobic energy production but it was thought that the lactic acid produced by these fish in anoxic conditions got converted to acetaldehyde, which was then thought to be converted to ethanol by ADH.

With the sequences known, the team put goldfish and crucian carp in anoxic conditions and took tissue samples, including brain, heart, liver and skeletal muscle. After analysing the samples for expression levels of messenger RNA (mRNA) – which helps to determine what proteins to make – they discovered two sets of genes encoding proteins that were more abundant in the skeletal muscle than other tissues.

One set encoded an alternative enzyme in the PDH complex – a pyruvate decarboxylase (PDC) analogous to the enzyme in brewer’s yeast – which was activated in the absence of oxygen and catalysed acetaldehyde production separately from the PDH complex. ‘This means that acetaldehyde is actually the product of the PDC reaction, not just an intermediate that escapes the complex as previously thought,’ says Fagernes.

Another gene encoded an alcohol dehydrogenase specific to the skeletal muscle, favouring the conversion of acetaldehyde into ethanol. Usually, this enzyme carries out the reverse process. Further analyses suggested that whole genome or gene duplication events occurring approximately 8.2 million years ago in a common ancestor of the Carassius species were responsible for the genes’ evolution.

‘The findings are exciting as they reveal a new layer to our understanding of how these fish produce ethanol as their anoxia survival strategy,’ comments Rod Wilson, who investigates fish physiology at the University of Exeter, UK. ‘In this way, these fish resemble brewer’s yeast that are obviously famous for producing ethanol, whereas no other vertebrates are known to do this.’