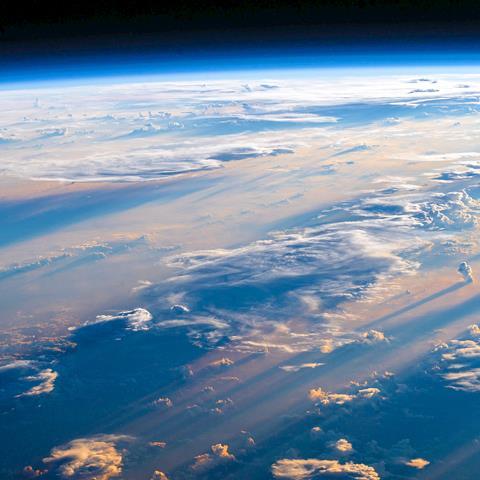 There’s hydrotrioxides in the air

For the first time, scientists have detected highly reactive hydrotrioxide compounds under atmospheric conditions. The finding raises questions about what roles trioxides play in the Earth’s atmosphere and what health and climate effects they might have.

Hydrotrioxide compounds feature a row of three oxygen atoms bonded to one another. This makes them even more reactive than peroxides – the better-known class of often explosive compounds that feature two oxygens bonded to each other.

For many years, researchers have theorised that hydrotrioxides could form in the atmosphere and act has powerful oxidants when they come into contact with many of the other chemicals that are released into the air. But there had been no direct evidence showing they can form under atmospheric conditions. 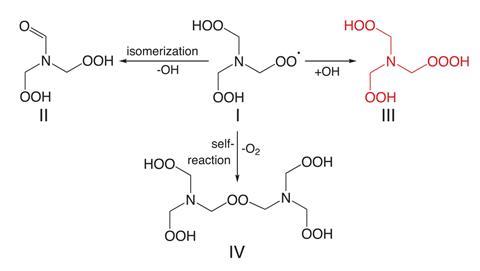 Now, a team around Torsten Berndt from the Leibniz Institute for Tropospheric Research in Leipzig, Germany, and Henrik Kjaergaard from the University of Copenhagen, Denmark, has used chemical ionisation mass spectrometry to detect hydrotrioxide formation under atmospheric conditions. The researchers explain that the unusual compounds are likely form when hydroxyl radicals react with peroxy radicals.

They calculate that isoprene – a hydrocarbon emitted in large quantities by trees – could degrade into around 10 million tonnes of hydrotrioxide annually. Hydrotrioxides ‘represent a previously omitted substance class in the atmosphere, the impact of which needs to be examined’, the team notes.

‘These compounds have always been around – we just didn’t know about them,’ Kjaergaard noted. ‘But the fact that we now have evidence that the compounds are formed and live for a certain amount of time means that it is possible to study their effect more targeted and respond if they turn out to be dangerous.’