Introducing chirality to give organic electronics a twist

Every undergraduate chemist knows the rule that aromatic molecules are flat. Matthew Fuchter knows that rules have exceptions, and that exceptions can lead to innovations. He works a lot with helicenes – fused aromatic rings that spiral around an axis. As well as being far from flat, they’re also chiral. ‘The helicenes are chiral aromatics without any chiral centre. And this coupling of molecular chirality to their optical and electronic properties leads to fascinating effects, such as record breaking optical rotation,’ he explains. 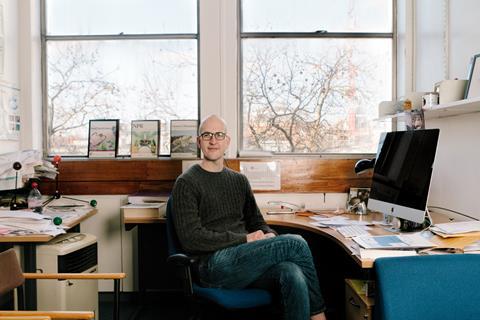 Helicenes’ unusual structure make them an interesting organic synthesis target, but Fuchter is also eager to explore their applications. ‘We developed the means to make one particular helicene at scale but were surprised that despite the fact these are fully conjugated molecules, and so in principle can act as organic semiconductors, helicenes were not really being explored in the context of organic electronic materials.’

New approaches to organic electronic materials is a topic that Fuchter says he skirted around for some time. His PhD was on porphyrin-like macrocycles with interesting optical and electronic properties. And he completed a postdoc with photovoltaics maestro Andrew Holmes, then at the University of Melbourne in Australia. Now, controlling molecular structure to manipulate the function of molecules is central to Fuchter’s work.

In particular, using chirality in organic electronic materials could enhance technologies such as data storage, biosensors and spectroscopy. For example, Fuchter and his colleagues have created organic light emitting diodes (OLEDs) by blending achiral light emitting polymers with enantiopure helicenes. The helicenes enable the device to emit circularly polarised light, rather than nonpolarised light, which can bypass an anti-glare filter and improve the energy efficiency of OLED displays.

Another strand to Fuchter’s work concerns medicinal chemistry: developing tool molecules to validate therapeutic targets. His team design, synthesise and optimise molecules that modulate a target protein by inhibiting or stimulating its activity, which they use to verify if that protein is associated with a disease. While many of the medicinal chemistry projects he leads are at an early stage of the drug discovery process, he has also been involved in more advanced studies. One of the projects he co-led resulted in a first-in-class cancer drug that’s now in Phase 2 clinical trials. The drug inhibits CDK7, a kinase enzyme that helps regulate transcription and promotes cell cycle progression. Some cancers become dependent on CDK7 so inhibiting this enzyme simultaneously targets two drivers of pathogenesis.

These outwardly disparate research strands are united by their shared reliance on organic synthesis and structure–function relationships. ‘Ultimately, we make molecules to answer questions or develop new opportunities,’ Fuchter says. ‘But the way in which you judge success for medicinal chemistry versus electronic materials is very different.’ 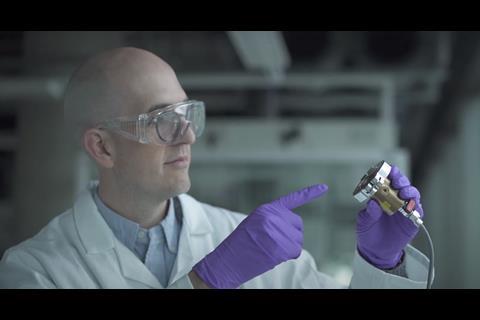 Fuchter inspecting an OLED device prepared by his colleagues 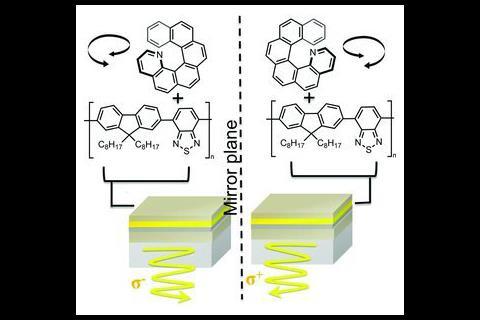 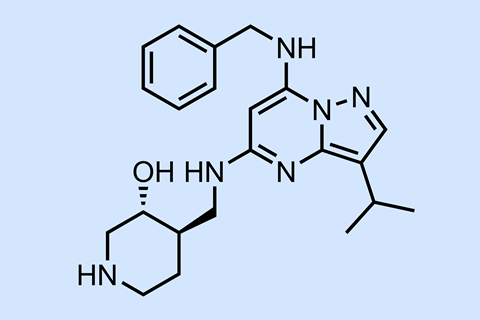 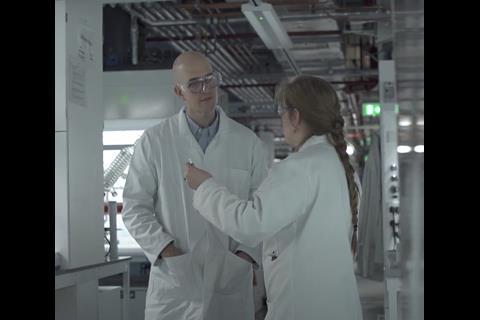 ‘I like doing fundamental science, but fundamental science that’s framed within applied science. A lot of people talk about these two areas being almost like they’re mutually exclusive, but I think they can feed off each other; that you can be motivated by obtaining a certain real world outcome through the use of your molecule, but in turn, make interesting fundamental discoveries that then require further scientific study.’

Fuchter says an organisational challenge he is currently trying to tackle is to make the different subgroups in his research team more aware of what the others are working on. ‘I’ve been trying to find mechanisms to get people from different backgrounds or project areas to talk together about their science, because left field ideas can come from those interactions.’ For example, his group is currently pursuing several new ideas for the asymmetric synthesis of chiral molecules, based on their understanding of the physics of chiral materials. Likewise, his group is leveraging its discovery of molecules that can be interconverted into two different isomers using light to develop photoswitchable therapeutic agents and energy storage materials alike. 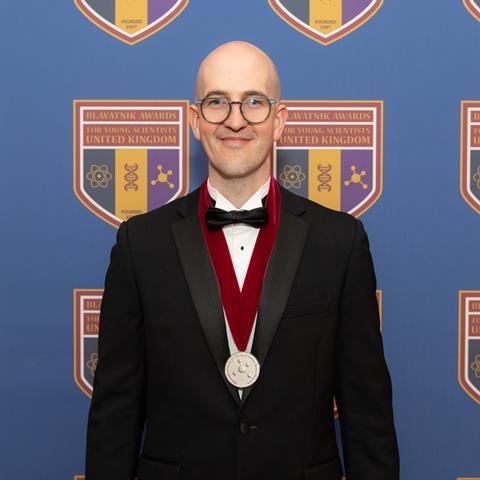 Earlier this year, Fuchter was listed as a chemistry finalist in the 2020 UK Blavatnik Awards for Young Scientists in recognition of his work developing new functional systems in applications ranging from electronic materials to therapeutic agents. As well as earning him $30,000 (£23,000), Fuchter is now one of the Blavatnik Science Scholars – a group that meets annually to nurture scientific collaborations and discourse. He describes being named a finalist as a real shock – ‘you’re aware of the nomination but you never think that you’re going to get it’ – and incredibly exciting. ‘For someone like me, who likes to interact with lots of different scientists and collaborate, the networking opportunities from this type of award are incredible.’

Proactively seeking collaborations is a defining characteristic of Fuchter’s research strategy. ‘I’m not one of those scientists who goes to the same meeting every year to meet the same people. I go to lots of different conferences on lots of different topics. One of the reasons I was interested in becoming an academic in the first place is that I really liked learning about new things. I think what continues to inspire me is to go to broad topic meetings … where you learn about things that you just weren’t aware of or familiar with. And it creates many ideas.’