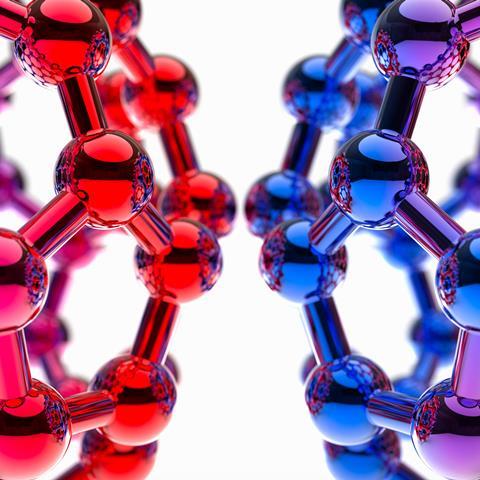 Many molecules mislabelled as 3D aromatic

The team computationally analysed several compounds that had been classified as 3D aromatic, concluding that many of them are not. They believe it’s time to reconsider the concept. ‘If a term like 3D aromaticity isn’t used properly, it devaluates and eventually becomes useless for chemical bonding analyses and the applications that rest upon such analyses,’ says Henrik Ottosson from Uppsala University, Sweden, who led the study together with Miquel Solà of the University of Girona in Spain.

Aromaticity based on Hückel’s 4n+2 rule is key to understanding reactivity and structures in organic chemistry. ‘While 2D aromaticity with its simple electron-counting rule is chemistry textbook knowledge, this isn’t so for 3D aromaticity,’ comments organic chemist Peter Schreiner at the University of Giessen in Germany. ‘The researchers now clarify in detail what 3D aromaticity entails, showing that it goes beyond counting cyclically delocalised π-electrons,’ he says. ‘They beautifully delineate what differentiates 2D aromatic systems that just happen to have 3D shapes from 3D aromatic systems that demonstrate full π-electron delocalisation in all dimensions.’

Ottosson notes that for a molecule to be truly 3D aromatic, it also must be symmetric so that at least three highest occupied molecular orbitals have the same energy. ‘Additionally, the magnetic and electronic properties of the compound shouldn’t change when it’s rotated,’ he says. Solà adds that 3D aromatic molecules have closed-shell electronic structures with 6n+2 electrons. 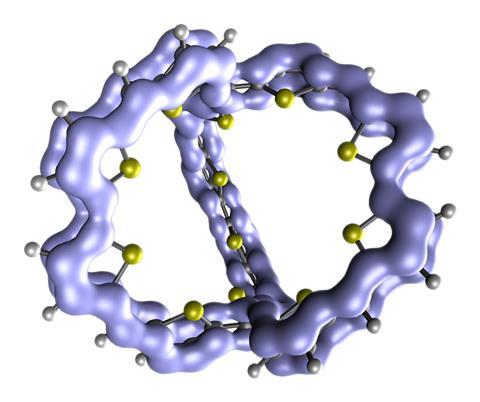 The team examined a class of π-conjugated cage compounds considered to be 3D globally aromatic. ‘We … found that they shouldn’t be labelled as such,’ says Ottosson. ’Instead, they’re related to polycyclic aromatic hydrocarbons – especially naphthalene – which are well-known 2D-aromatic systems, the difference being that these molecules are forced to adopt 3D structures due to internal strain. Consequently, they’re best labelled as 2D aromatic with three-dimensional molecular structure [2D-aromatic-in-3D].’

According to the strict definition of 3D aromaticity, the cyclophanes reported by Kowalczyk and his colleagues in 2019 don’t fall into this category either. ‘At the same time, the suggested alternative terminology ‘2D-aromatic-in-3D’ doesn’t accurately describe the aromaticity in these compounds because it implies that the 2D subunits are aromatic in isolation,’ he points out. Since the aromatic character in these cyclophanes emerges from the interaction between subunits that aren’t aromatic, Kowalczyk says that the terms ‘stacked aromaticity’ or ‘stacking-induced aromaticity’ would be more suitable.

Ottosson agrees that further refinement of the concept may be needed but believes that a clear definition is necessary. ‘We are otherwise onto a slippery slope where the aromaticity concept as a whole will lose meaning,’ he says.

Juan Casado, a physical chemist at the University of Málaga in Spain, says that the new description is ‘very useful’ but believes that drawing a sharp line might be difficult. ‘Aromaticity isn’t a physical property and consequently cannot be properly defined or measured,’ he says. ‘There are several phenomenological approaches, each of which ends up in a criterion of aromaticity – and many examples of molecules that are aromatic according to one criterion but not according to others.’

Kowalczyk is convinced that these discussions are valuable. ‘Looking forward, examples of compounds that blur the lines between existing definitions of the 3D aromaticity concept will continue to emerge, so it’s important that we are open to debate over terminological shifts that can make our work more accessible.’