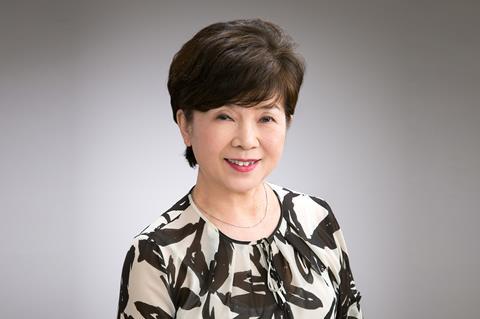 The next head of the Chemical Society of Japan, Maki Kawai

‘I feel very honoured to be selected,’ says surface chemist Maki Kawai about her appointment as president of the Chemical Society of Japan (CSJ). Starting her two-year term on 23 May, Kawai is the society’s first female president since it was founded in 1878. During her presidency, Kawai will focus on the society’s international and interdisciplinary work.

When Kawai was nominated she recalls that ‘I was just about to retire my professorship with the University of Tokyo and was thinking of working more for the chemical community. I wasn’t seriously thinking about what to do in that moment, but I started to consider the role of the president and the CSJ when I became the final candidate.’

Kawai started her research career in 1980 with a postdoc at Riken, a research facility best known for its involvement in making superheavy elements. In 2004, she joined the University of Tokyo and then became director of the Institute for Molecular Science in 2016.

‘I happen to be the first female president but I hope there will be more in the future,’ Kawai says. She laments the fact that there are few women choosing chemistry as a career – something she hopes to address in her upcoming term.

Strengthening the bonds of the CSJ, which celebrates its 140th anniversary this year, with other international chemical societies will be another of Kawai’s priorities over the next two years. ‘The two former presidents pushed the globalisation of the society quite seriously – a direction I think is a good one for CSJ,’ she tells Chemistry World. ‘Japan is not a large country and we have to work together with other countries.’

Kawai sees chemistry as the central science, and hopes to provide chemists with more opportunities for interdisciplinary collaboration. ‘The CSJ is not only the unique society for chemists in Japan, its role is also to activate chemistry as a whole,’ she points out.

An error in Maki Kawai’s affiliation was corrected.