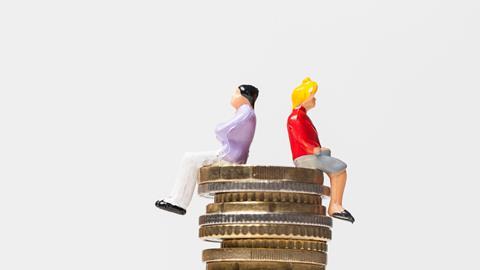 The Royal Society of Chemistry (RSC) has disclosed the extent of its gender pay gap, revealing that the median hourly rate of pay for men was 15.7% higher than it was for women in April 2017. The overall UK gender pay gap is 18.4%, according to the Office of National Statistics.

The RSC said the difference in overall pay between female and male staff members is due to an uneven distribution of women across pay scales. Women fill a larger proportion of administrative and early career publishing roles, it said, while a majority of senior technical roles are held by men. There are also more women than men working on a part-time basis. Just over a fifth of female staff work part-time, compared to only 3.9% of male staff. Overall, female employees make up 65% of the RSC’s workforce.

Many UK companies have chosen to publish gender pay gap data ahead of the government mandated 4 April deadline. All companies with more than 250 employees now have to make this information public.

In a report containing a detailed breakdown of the RSC’s gender pay gap, chief executive Robert Parker said the organisation is ‘committed to gender equality and inclusion’. ‘I am proud that at a role-by-role level, we have almost no gap between women’s and men’s pay, and this is true for every position in the organisation,’ he said. ‘We do, however, have a gender pay gap when all pay is used to determine a single mean or median result.

‘This reflects a number of broader social issues and we will take action that is appropriate to reduce the impact of this within our organisation while remaining inclusive and fair in everything we do.’