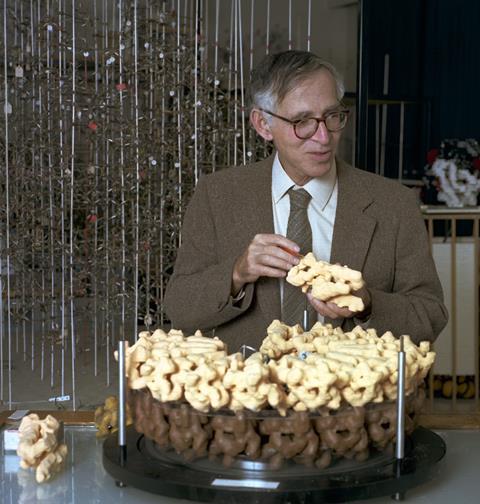 Aaron Klug with a virus model in the 1970s

Aaron Klug, who received the chemistry Nobel prize in 1982, has died aged 92. Klug won the prize for developing crystallographic electron microscopy – a technique that can produce detailed three-dimensional images of biological structures by combining several 2D images of crystals taken from different angles – as well as for working out the structure of RNA– and DNA–protein complexes such as chromatin, the tightly packaged genetic material found in cell nuclei.

Klug was born in 1926 in Lithuania but grew up in South Africa where he studied at the University of Witwatersrand in Johannesburg and later the University of Cape Town, where he became interested in x-ray analysis techniques. He later studied for a physics PhD at the University of Cambridge in the UK, and then moved to Birkbeck University in London to work with Rosalind Franklin on determining the structure of the tobacco mosaic virus using x-ray crystallography. 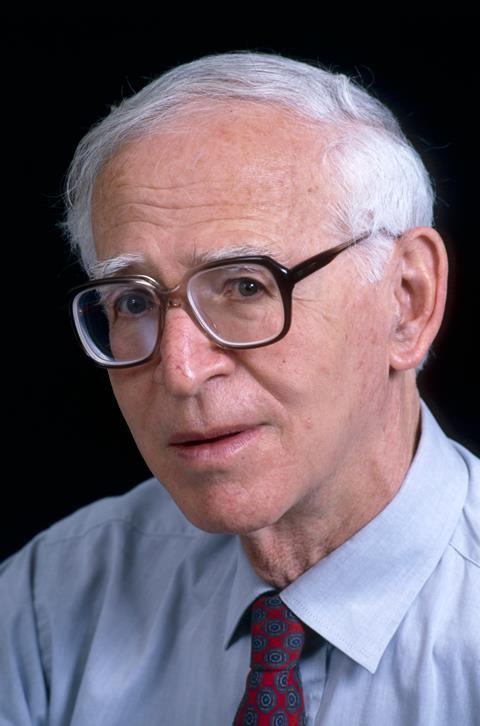 He moved back to Cambridge in 1962 to work at the MRC Laboratory of Molecular Biology (LMB) and spent the next two decades there, where he continued to develop various methods for looking at biological structures, including crystallographic electron microscopy. He was director of the LMB between 1986 and 1996 during which time he oversaw efforts to develop new methods to sequence DNA and helped to establish the Sanger Centre. He was knighted in 1988 and spent five years as president of the Royal Society between 1995 and 2000.

‘During Aaron’s tenure as president of the Royal Society, science became a more visible, and often a controversial, part of public life,’ the Royal Society’s current president, Venki Ramakrishnan, wrote in a tribute to Klug. ‘His greatest legacy was recognising that science can only flourish with the involvement of the people it is meant to serve. To that end, he encouraged the society to engage in wide-ranging public debate on topics like embryonic stem cells, GM plants and climate change. He will be greatly missed.’