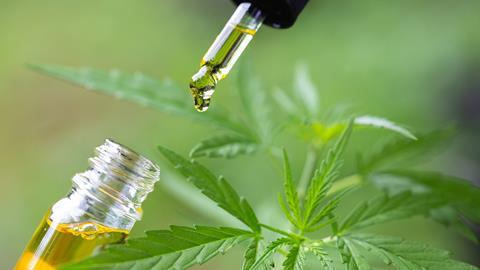 The European Food Safety Authority (EFSA) is unable to vouch for the safety of cannabidiol (CBD) in foods. This conclusion follows an expert panel report that flagged knowledge gaps on safety.

CBD is obtained from Cannabis sativa plants or synthesised chemically. CBD is, along with tetrahydrocannabinol or THC, the most abundant cannabinoid in marijuana.

The European commission had received more than 150 applications for CBD as a novel food. The commission consequently asked EFSA to give its opinion on whether consumption of this compound was safe for humans. The proposed uses of CBD as a novel food ingredients include oils, sprays, vitamins and minerals, and even claims to promote healthier skin.

Most human data on CBD stems from Epidiolex, a prescription medicine that is used to treat seizures and contains highly purified CBD. Some adverse events have been observed. This can be acceptable for a drug, given its benefits, notes EFSA, but adverse effects are not acceptable in foods.

There was insufficient data on its effect on the liver, gastrointestinal tract, endocrine system, nervous system and psychological well-being. Some CBD study participants received other drugs alongside CBD, clouding the picture, the report notes.

Toxicological studies have been carried out in animals, as well as in vitro. But ‘a major issue in interpreting many of these studies is that they were conducted with different preparations of extracts, containing varying concentrations of CBD and other cannabinoids,’ wrote the EFSA advisory panel.

EFSA concludes that such studies point to significant adverse effects, particularly reproductive function. ‘It is important to determine if these effects are also seen in humans,’ according to a summary of the report.

Pharmacologist Cecilia Hillard at the Medical College of Wisconsin welcomes the report. ‘CBD is metabolised in the liver by enzymes that are also responsible for breaking down other drugs,’ she says, ‘so there are likely to be significant interactions between pharmaceutical compounds and CBD.’

She is concerned about its impact on the developing human brain, where evidence is lacking. ‘We see pretty significant effects in the offspring of animal that have been exposed to CBD during development,’ she adds, citing research in her lab.

Hillard questions why one would want to put CBD into foods, though this has already happens in the US. ‘I went to a restaurant on Mother’s day and was offered these pieces of chocolate with CBD in it,’ says Hillard, who calls the US situation a wild west.

She is confident knowledge gaps will be filled though. ‘There are many ongoing clinical trials with CBD. We are going to know much more about this drug in a few years,’ she says.

EFSA concluded that data gaps will need to be closed as part of the safety assessment and authorisation process, and that this it is up to applicants looking to use CBD in foods. ‘We have identified several hazards related to CBD intake,’ said chair of the panel, Dominique Turck, in a statement, but ‘at this point that we have not concluded that CBD is unsafe as food’.