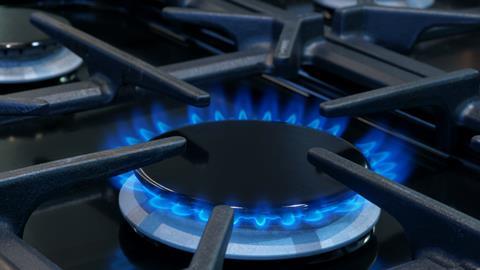 A substantial fraction of shale gas – potentially more than 25% in some regions – has been produced by radioactive decomposition of organic matter, a mechanism that had been dismissed as unimportant, researchers claim. They believe the discovery could prove crucial for monitoring emissions near fracking sites to ensure that the potent greenhouse gas methane is not inadvertently released into the atmosphere.

The mixture of methane and smaller quantities of ethane, propane and butane that makes up ‘natural gas’ has traditionally been extracted from oil wells. However, as these run out and prices rise, new technologies have been developed to extract gas from other sources. The most controversial is hydraulic fracturing, or fracking. This involves horizontal drilling deep into shale rocks before injecting pressurised water to crack open the shales and release hydrocarbons. Among many environmental objections is the potential for methane to leak from buried sediments into the atmosphere, and the petroleum industry is therefore required to monitor ‘fugitive emissions’.

One complication is that surface methane emissions can occur without fracking, as microbes can produce methane from carbon dioxide or acetic acid. Like all living organisms, microbes preferentially take up carbon-12 over other, heavier isotopes of carbon, so the methane they subsequently emit is isotopically light. Three processes are known to produce subterraneous natural gas: microbial, thermal decomposition of organic matter under pressure and inorganic reactions between rocks. The latter two cause less isotopic fractionation, so the isotopic composition of methane emissions from soils is used to infer their origins.

In the new work, however, researchers in France, Switzerland and Canada found that many deep shales from around the world, which are rich in radioactive elements such as thorium and especially uranium, also emitted isotopically light natural gas. The researchers turned to previous laboratory reports that irradiation of organic matter could produce gaseous hydrocarbons and, based on those reports, they calculated that such hydrocarbons would be isotopically light. ‘The difference is that, basically, microbes produce only methane, whereas radiolytic gases have a lot of ethane, propane and heavier,’ says Maria Naumenko-Dèzes of the French Geological Survey BRGM, France.

This makes monitoring both the chemical and the isotopic composition of any gaseous hydrocarbons emitted near a fracking site crucial to ensure that leaks are not occurring, explains Wolfram Kloppmann of the French Geological Survey BRGM. ‘If you take into account that you can get this pseudo-microbial signature, but it can still be the reservoir gas you’re exploiting, then you have to think again about your monitoring strategy and the conclusions you can get from this monitoring,’ he says.

Geochemist John Eiler of Caltech in the US says the paper ‘focuses a spotlight on a side issue that has been percolating for a couple of years’. ‘This paper tries to integrate some prior experiments showing that radiolysis can be an energy source that leads to the creation of natural gas components and connect those to geochemical data,’ he says. ‘It does so in a way that is in some ways plausible and in other ways not fully developed. There’s no “A-ha!” moment… If I were a lawyer for the defence, so to speak, I could find ways to explain all the data in some more conventional way … but it makes you want to go and do more.’ Future work, he says, should focus on finding and testing detailed mechanisms for how the gases supposedly form.