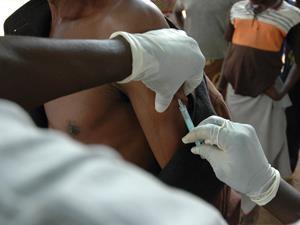 A global group of experts has developed a ‘roadmap’ to help the health community fast track an Ebola vaccine. The ‘living document’ will evolve as more is learnt about Ebola and candidate vaccines. There is no approved vaccine at present.

The panel of 26 international experts, convened by the UK’s Wellcome Trust and the Centre for Infectious Disease Research and Policy at the University of Minnesota, US, says safe and effective vaccines would help contain Ebola in Guinea, Liberia and Sierra Leone, as well as improving responses to future outbreaks and providing a model for vaccine development for other infectious diseases.

The draft roadmap highlights the need for several vaccines with different properties, which might enable several strategies to be put in place, such as prophylactic vaccination of high risk individuals like healthcare workers. It sets out the properties of a successful vaccine and a set of principles for trial design, as well as stressing the importance of community engagement so that trials and delivery programmes are positively received.

Jeremy Farrar, director of the Wellcome Trust, said urgent global collaboration between governments, industry and philanthropy is needed to ensure candidate vaccines progress from trials to patients as swiftly as possible.

Preliminary data from Phase 1 trials of two Ebola vaccines has shown encouraging results in animals, the World Health Organization has reported this month. One vaccine candidate was developed by GlaxoSmithKline (GSK) and the US National Institute of Allergy and Infectious Diseases, and the other by the Public Health Agency of Canada, NewLink Genetics and Merck Vaccines USA.

Phase 2 trials of GSK’s vaccine are expected to start in Cameroon, Ghana, Mali, Nigeria and Senegal in February 2015. These trials will further test for safety and also the vaccine’s ability to induce an immune response in a more diverse range of volunteers that include the elderly, children and people infected with HIV. Phase 3 trials are also planned to start in early 2015.

Meanwhile, Johnson & Johnson, in conjunction with Bavarian Nordic, are developing a two-dose vaccination approach for Ebola, while biotech company Novavax is working on a recombinant protein Ebola vaccine candidate based on the Guinea 2014 Ebola viral strain. Other Ebola vaccine candidates in development include an alternative oral adenovirus platform from Vaxart, a vesicular stomatitis virus candidate created by Profectus Biosciences, an alternative recombinant protein from Protein Sciences, Inovia’s DNA vaccine and a recombinant rabies vaccine produced by Jefferson University, US.

‘The increased deployment of resources to fight Ebola in the most affected countries seems to be paying dividends,’ says Jonathan Ball, professor of molecular virology at the University of Nottingham, UK. ‘The rate at which vaccines are being progressed through clinical trials is unprecedented and gives some indication of the scale of the problem – and the vaccine juggernaut rightly thunders on.’

However, Ball stresses that it will be important to ensure that vaccination programmes don’t affect the success of other vaccines under development. ‘Some of the delivery vectors are an integral part of developmental vaccines targeting other serious agents such as TB and malaria, and it will be important that their potential usefulness, in individuals receiving the relevant Ebola vaccines, is not compromised along the way.