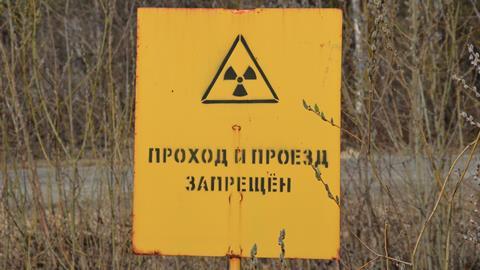 A large plume of radioactive ruthenium detected over Europe two years ago was almost certainly the result of a mishap at a facility in Russia, a new international study has confirmed. The findings come after repeated denials from Russian authorities that any accident took place.

The secretive Mayak facility is located in the closed town of Ozersk – a town where greengrocers scan their produce with Geiger counters and foreigners cannot enter without the permission of the secret police. Mayak has come under scrutiny from the international community after an assessment by the French nuclear safety institute concluded in 2018 that the cloud of ruthenium-106 was most likely released in the south Urals in Russia where the facility is based. While the cloud didn’t contain enough radioactive material to be harmful to human health, experts note that workers at the facility could have been exposed to a more substantial dose. The French nuclear institute has estimated that the activity of the material released was between 100 and 300TBq. By comparison, the world’s worst nuclear accident at Chernobyl in 1986 saw material with an activity of around 14 million TBq released.

They should just put their hands up and say, ‘yeah, we had an accident’

The study tracked the global spread of the radioactive cloud using 1100 atmospheric readings and 200 ground readings from across Europe. Plotting the readings on a map led the team to conclude that the cloud originated in the south Urals in Russia and that the Mayak facility was almost certainly the source.

By looking at the radiopurity of the cloud – how many other radioisotopes were present – the authors were able to determine that the release most likely came from the reprocessing of spent nuclear fuel. And by comparing the concentrations of the lighter ruthenium-103 isotope with the heavier isotope, the authors were also able to determine the age of the spent fuel involved – how long it had been since it was removed from a nuclear reactor.

‘We found that it was only one-and-a-half or two years old, which is really unusual because even the Russians usually don’t reprocess before three years,’ says Georg Steinhauser at the Institute of Radioecology and Radiation Protection in Germany, who helped design the study. ‘In this case, it seems that they had a special purpose in mind.’

One reason to reprocess very young fuel is to increase the radioactivity of the desired product. For this reason, experts suspect that the release occurred while Mayak was manufacturing a highly radioactive cerium-144 source, which it had been contracted to make for a series of SOX neutrino experiments being carried out at the Gran Sasso laboratory in Italy. Jonathan Link, a physicist at Virginia Tech in the US and a former member of the SOX team, says that they were waiting for the cerium source in 2017. It never arrived.

‘When I heard of the ruthenium cloud back in 2017, I immediately jumped to it being the SOX source,’ says Link. ‘I got an email from SOX two months later saying that there was a problem, we’re not getting the source.’ The email Link received states that during a meeting in Moscow the team learned that unexpected problems occurred during the purification of the material. ‘In my mind, that sealed it. Those two things are too closely correlated in time to not be connected.’

Russian officials have offered alternative explanations. One claim is that a satellite containing a ruthenium battery could have burnt up in the atmosphere. The authors dismiss this explanation. ‘No satellite has gone down during the time [of the release],’ says Steinhauser. ‘We also see that the distribution is not in accordance with that hypothesis. If it was, we would see higher concentrations on mountain stations … this is not what we see.’

In the face of denials from the Russian authorities, the authors of the paper stop short of blaming Mayak outright. Steinhauser does say, however, that they are ‘as certain as they could possibly be’.

‘It’s almost definitely the case that they are responsible,’ says Malcolm Sperrin at the Institute of Physics and Engineering in Medicine in the UK. ‘But then you think, what does “to blame” mean? And it means that they probably had an accident, and accidents occur. So the fault here is that they’re trying to deny anything ever happened. They should just put their hands up and say, “yeah, we had an accident.”’