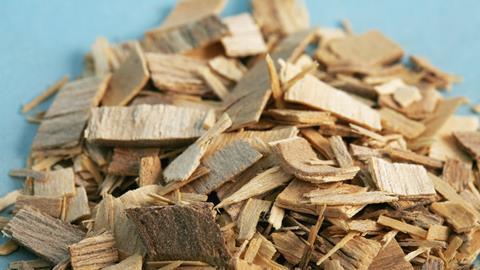 Soapbark branches out to fill essential role in vaccine recipes

When it rains in the forests of central Chile, soapy suds can be seen forming on exposed sections of Quillaja saponaria, the soapbark tree – an evergreen that grows abundantly there. Chileans refer to it as the ‘quillay’ tree, meaning ‘to wash’, because its bark is rich in natural surfactants called saponins. Traditionally, those saponins are used industrially as foaming agents and emulsifiers in the food and beverages industry. But since 2017, the soapbark tree has had a new role: supplying adjuvants – vaccines’ hidden helpers.

These immune boosting compounds are crucial for vaccines that rely on subunits of microbial proteins, rather than those that use live pathogens, virus vectors or mRNA. Adjuvants stimulate a stronger immune response than the vaccine alone, which leads to better overall immunity. Among the range of adjuvant materials currently being developed or in use, Quillaja saponins are emerging as one the most effective. Saponin-based adjuvants are part of Novavax’s Covid-19 vaccine candidate, GSK’s blockbuster shingles vaccine, a breakthrough malaria vaccine and a promising vaccine candidate for tuberculosis from GSK. These successes are driving companies to secure supplies of soapbark, raising questions about the sustainability of the trees, while others are hoping to capitalise on the opportunites offered by synthetic saponins.

Saponins have been used as adjuvants in veterinary medicine for almost a century, but for decades only a single adjuvant – alum – was approved for human vaccines. A breakthrough came in 2017 when the FDA approved Shingrix; this highly effective shingles vaccine includes a GSK adjuvant called AS01, a liposome-based formula that contains monophosphoryl lipid A (MLA – a derivative of a Salmonella cell wall molecule) and a saponin, QS-21. MLA and QS-21 act synergistically to induce strong antibody and helper T cell responses.

‘Developing adjuvants is not easy, because of the many variables you get in the system and it is hard to define the contribution of each component,’ says immunologist Egil Lien at the University of Massachusetts, US, who says GSK is reaping rewards from years of investment in adjuvants. AS01 is better at stimulating frontline (innate) immune cells, which promotes a superior T cell response, especially compared to alum . T cells are especially useful against pathogens that hide in our cells, such as malaria and TB. Shingrix sales reached £2 billion in 2020, and GSK reportedly believes it could double sales in the next five years.

It has been a long road from isolating the Quillaja saponins and identifying QS-21 as the most promising potential adjuvant to the approval of AS01 in 2017, with the FDA remaining wary of new adjuvants during much of this time. ‘It took 20 years to go from that original discovery to the first commercial product,’ says Damian Hiley, head of the adjuvant division at Desert King – a US firm that supplies most of the soapbark used to produce adjuvants.

As well as QS-21, other Quillaja saponins QS-7, QS-17, QS-18 and QS-19 also display immune stimulating effects. Their mechanism of action is not precisely understood, but they share structural similarities: a triterpene core, decorated with carbohydrates and fatty acids. QS-21 has a branched trisaccharide extending off one side of the triterpene and a linear tetrasaccharide off the other. The other saponin species, says Tyler Martin, ‘differ in how they are decorated with sugars and fatty acids’. Martin was until recently chief executive of Adjuvance Technologies, a company in Lincoln, Nebraska, with a synthetic QS-21.

GSK’s production process uses the bark of branches obtained from Desert King to make a hot tea – specific fractions are then extracted and purified to obtain QS-21. It costs $100,000 (£81,000) for a single gram, according to one estimate, which provides about 20,000 human doses. That’s largely because of the cost of purifying QS-21 to around 98%, admits Hiley: ‘The driver behind the cost of QS-21 is not a shortage of raw materials, but that the chromatography is expensive.’ He estimates QS-21 costs $3–4 per vaccine dose, fine for Shingrix, which can sell for $300. But very challenging for a public health vaccine such as GSK’s malaria vaccine.

The adjuvant in the Novavax vaccine, Matrix-M, taps other Quillaja saponins – it is especially rich in QS-7 and QS-17. Desert King built a new $8 million facility in Chile to manufacture Matrix-M and QS21 precursors. Being less purified, Matrix-M adjuvant is an order of magnitude less costly than QS-21, Hiley estimates. Matrix-M is also in a malaria vaccine from Adrian Hill’s lab in Oxford, which last year reported promising phase 2 results. Novavax said it has a manufacturing and supply network to support two billion doses annually of its Covid-19 vaccine containing Matrix-M. An FDA advisory committee in June recommended emergency use authorisation of the Novavax vaccine for Covid-19.

As we move towards safe subunit vaccines, we need adjuvants. Alum is not going to cut it

The FDA’s approval of Shingrix in 2017 was a leap forward. ‘It really opened the floodgates in terms of interest in saponins,’ recalls Hiley. In the last five years, Desert King has ramped up production of saponin-based adjuvants from dozens to thousands of kilograms and adjuvants now account for 65% of its business, up from just a tenth. The rising demand has raised concerns abound about the sustainability of Quillaja bark for adjuvants. Still, Hiley is optimistic; Quillaja trees are not rare. ‘The trees we’re harvesting are probably 10 to 20 years old. They are quite big, with a lot of branches,’ says Hiley,. The raw material for adjuvants is low in volume, and in the unlikely event of a shortage, ‘we would prioritise pharmaceutical production.’

Others are betting on variants of QS-21. ‘QS-21 comes from the inner lining of the bark and it is in practical concentrations only in trees that are 10 years or older,’ says Martin, who remains on the board of Adjuvance. ‘That is a very serious constraint on supply.’

We think we can make public health vaccines more available, for instance malaria or TB vaccines

Adjuvance was founded in 2009 by cancer vaccine pioneer Phil Livingston at Memorial Sloan Kettering Cancer Center in the US and medicinal chemist David Gin. Adjuvance’s QS-21 still relies on soapbark as the raw material – its method hydrolyses Quillaja bark mixture down to the triterpene core, yielding 100-fold higher concentrations than for QS-21, and then adds a fatty chain and a modified linear saccharide.

The branched trisaccharide is omitted, says Martin, because it contributes little to the adjuvant effect but greatly to QS-21 tolerability issues. ‘QS-21 lyses cell membranes and we think that is an important contributor to its local intolerability,’ says Martin. They also replaced an easily hydrolysable ester bond to render it more stable. The compound is termed TQL-1055.

‘If you immunise a mouse with QS-21, even at a dose of 10mg, it will lose about 50% of its body weight by day two or three,’ says Martin. ‘We think that translates to the fever, malaise and flu-like symptoms associated with QS-21.’ TQL-1055 does not cause this weight loss, he adds. The company reported on a phase 1 safety trial last August with TQL-1055 given with a commercial pertussis vaccine.

Adjuvance views tapping into the saponins used in food and beverages puts them at a huge advantage in terms of production volumes, allowing them to open the vaccine faucets. ‘We think we can make public health vaccines more available, for instance malaria or TB vaccines,’ says Martin, who remains on the company board.

A UK research group at John Innes Centre is meanwhile exploring whether tobacco plants can produce saponins such as QS-21 as replacements for Quillaja bark. Desert King began Quillaja plantations in 2010, and clonal plantations rich in QS-21 in 2016, with extraction earmarked to begin in 2023 . And there’s plenty of scope to find other adjuvants, says Wolfgang Leitner, head of adjuvants at the National Institute of Allergy and Infectious Diseases. ‘There are a ton of alternatives to QS-21 out there in nature just waiting to be discovered, as well as alternative sources of QS-21. What remains is addressing the reactogenicity of saponins through formulation or extensive structure–activity relationship studies.’

New adjuvants are also more likely now thanks to enormous strides in our understanding of the innate immune system. ‘There’s been an explosion in publications over the last 20 years,’ says Lien. ‘Historically, many vaccines generated antibodies, but aside from intracellular infections, that is often not enough. We need T cells to attack infected cells.’ Specific T cell subtypes or a localised T cell responses are sought for some pathogens, and this is something that saponin-containing adjuvants may assist with.

‘As we move towards safe subunit vaccines, we need adjuvants. Alum is not going to cut it,’ says Leitner. ‘There are huge opportunities for novel adjuvants.’