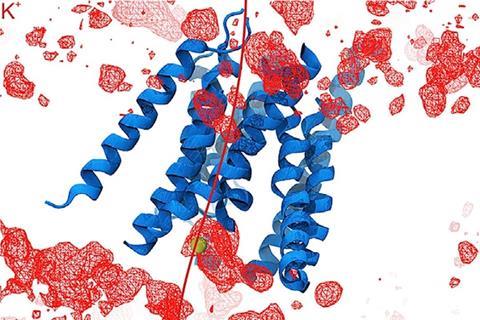 A 35-year quest to understand the fundamentals of hearing may finally be over, after scientists in the US identified key proteins in inner-ear hair cells that produce an electrical response to sound.

While the idea of hair cell mechanosensory transduction was first proposed in the 1980s, the identity of the proteins that convert sound into electrical signals that the brain can interpret had remained elusive. Now, a team of researchers led by Harvard Medical School’s David Corey and Jeffrey Holt says it has conclusive evidence that a protein known as TMC1 forms the basis of hearing in vertebrates.

This is the holy grail in the field of auditory transduction

Finding the proteins responsible for our ability to hear is the ‘holy grail in the field of auditory transduction’, according to Craig Montell, a neuroscientist based at the University of California, Santa Barbara, who was not involved in the project. ‘There have been many candidates, but until now, none have been clearly implicated as the key channel,’ he adds.

The Harvard team showed that TMC1 and closely related TMC2 proteins form sound-activated pores through which positively charged ions flow into inner-ear hair cells. This establishes an electrical signal that is relayed to the brain via the eighth cranial nerve. To understand how the protein works, the research team first deduced its structure, and then investigated the roles of individual parts of the molecule.

Unusually among ion channel proteins, which often come in groups of three to six subunits, TMC1 forms a dimer. By using cryo-electron microscopy and comparing their data with that from another pair-forming protein, TMEM16, the researchers were able to infer information about TMC1’s structure. ‘The similarities were enough that we could use the known structure of the TMEM16 to guess what the TMC looked like and then to guess where within the TMC the ions would pass through to get to the inside of the cell,’ explains Corey. 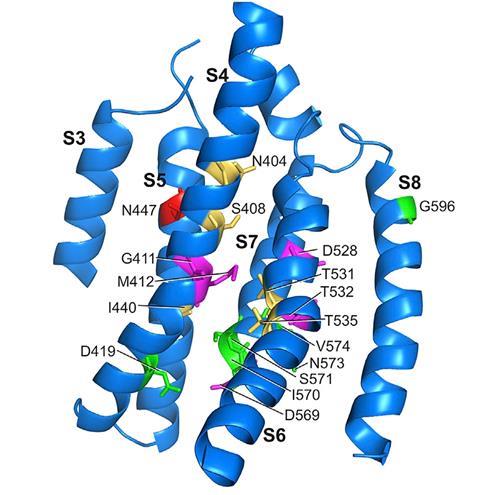 Having solved the structure of the TMC1 protein, the team set about assessing the role of individual amino acid groups within it. The researchers created 17 mutant TMC proteins, in which single amino acids were substituted with cysteine, and then examined their activity when inserted into cells in live mice that had been genetically programmed to produce no natural TMC. ‘Those changes altered the flow of current into an intact hair cell, and that told us then that the TMC was the pathway for this special sound-activated current flow into the cell,’ says Corey.

Eleven of the 17 amino acid substitutions reduced the flow of ions into the hair cells. Five of these had a dramatic influence, with one blocking the flow of calcium ions into the cell completely. The observations confirmed the precise arrangement of the ion channel.

‘This work provides strong evidence that TMC1 and TMC2 form the long-elusive auditory transduction channels,’ says Montell. ‘The most critical among the many lines of evidence is the creation of derivatives of TMC1 with substitutions of cysteines in place of key residues.’

Corey’s team are now working on gene therapy strategies to treat specific mutations in the TMC1 protein. However, he also notes that now TMC1’s function has been identified, there is still much to learn about the way it works within a cell and how it interacts with the other proteins it connects to. He compares this to trying to unravel how the different parts of a clock mechanism work together. ‘We’ve identified the pieces and there may be a few more that we don’t know about yet,’ he says. ‘With the pieces in front of us, the really interesting challenge is to figure out what connects to what, what moves what, what makes the whole mechanism work. And that will keep us busy for another decade at least.’