Translating snail venom research from beach to bench and beyond

Mandë Holford is an associate professor in chemistry at Hunter College – the largest college at the City University of New York, US 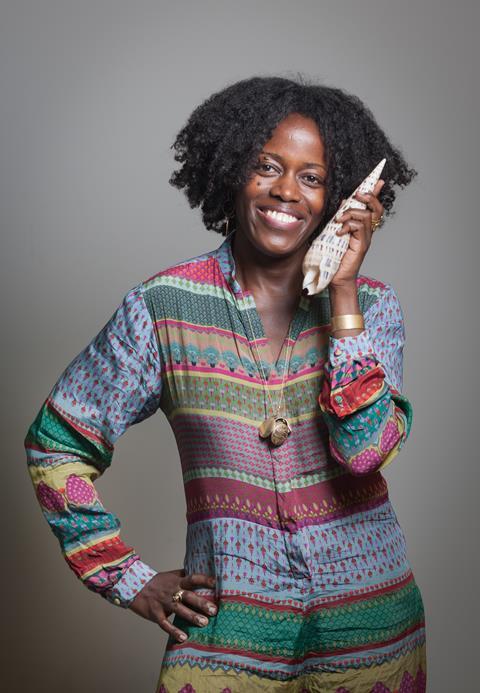 Snails may not be the first creatures you think of, when talking about venom and deadly hunters. But it turns out many aquatic snail species hold a similar cocktail of venom peptides to the usual suspects of snakes, scorpions and spiders. And these venom peptides may be the key to treating a whole host of ailments, including pain and cancer.

For Mandë Holford, studying these animals was an easy choice. ‘With my training in peptide chemistry, when I found out that venom has a lot of peptides in it, I got excited about that,’ she says. ‘The degree of venomous animals is broad, so I thought snakes? No. Spiders, scorpions, spending nights in the desert with a blue light? No. Then marine snails … the beach! I thought that was pretty good.’ She recalls seeing a snail hunt a fish for the first time and the excitement about trying to understand something so unusual and unexpected.

Holford’s research focuses on the evolution, applications and molecular level understanding of venom from snails, principally terebid snails – a family of predatory snails found in tropical oceans across the globe. Her team has found that venom evolution in terebid snails is convergent, meaning that while snakes, spiders and snails are creatures that evolved independently, they have similar venom components and peptides. ‘Nature has clearly found a pattern that works. But why do the peptides have a disulfide bridge, why do they target ion channels, why are they so specific and why are they so selective?’ Holford hopes to answer these “whys” by investigating both the chemistry of the peptides at the molecular level and the taxonomy and phylogeny of the snails as a whole.

By sequencing the DNA of different species of terebrid snail, Holford’s research explores the extent of genetic variation across species to build a picture of their evolution. This knowledge can then be applied to identify which species are more evolutionarily diverse and are therefore are likely to have alternative venom peptide compositions to snails previously studied, to identify evolutionary patterns and new research targets for potential pharmacological leads.

Holford’s interdisciplinary approach has led to breakthroughs in identifying alternative therapeutic uses of snail venom peptides. While it is widely known that venoms target ion channels related to pain, which allows venom derivatives to have applications in pain treatment, Holford’s lab was one of the first to discover their anti-cancer potential. They recently found that terebrid snail peptide, Tv1, was able to selectively inhibit the proliferation of liver cancer cells, by potentially binding to transient receptor potential ion channels, which are overexpressed in this type of cancer cell. ‘You can use these venom compounds not just for what they might be traditionally be used for in nature, but to answer other questions that are tangential but related. We know venom peptides target blood, brains, and membranes, making them hemotoxic, neurotoxic and cytotoxic. These features can be leveraged when thinking about treating human diseases and disorders.’

Nature in the lab

A driving force behind the research is a fundamental desire to learn. ‘What excites me most is that we really don’t know very much, so everything we learn, we’re adding more to the picture and we’re getting more and more of the story,’ says Holford. ‘And it’s such a wonderful story – we’re trying to encapsulate the wonder of nature in the lab. I realise the audacity of that, in that we might never get there. But it’s wonderful to be on that path, a path that connects nature and humanity.’ 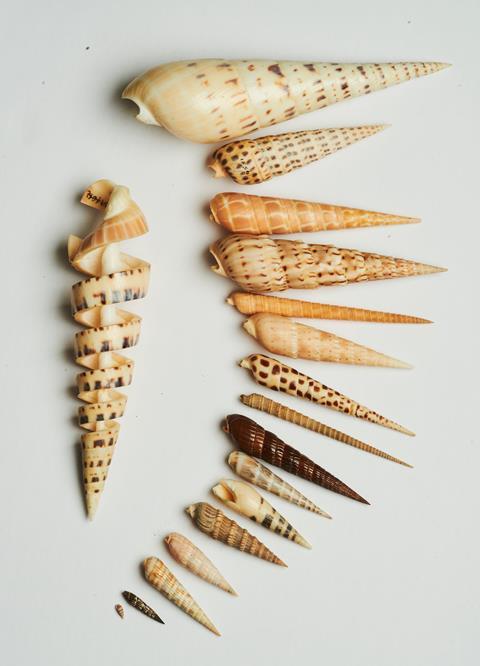 Terebrid snails use venom peptides to prey on fish, worms, and other mollusks

The path she refers to is not one she wishes to travel alone and outreach work has been an important part of her career. Examples include her work with the American Museum of Natural History, with BioBus, which takes activities and equipment like microscopes to schools that may not have labs onsite, and her company called Killer Snails, which produces Stem learning games. Holford feels it is important to encourage all generations to see the joy of science.

‘I like people to know that science is accessible – it’s usually told as this lone genius who is off alone thinking in the middle of nowhere and then eureka! They have the answer to all the questions, but that’s not how it works at all,’ says Holford. ‘Science is very much a team effort; it’s not a stroke of genius so much as a desire to know, and I like people to know that a scientist comes in many flavours.’

She has worked with a number of different scientists worldwide during her career. Her PhD dissertation was with Tom Muir at the Rockefeller University in New York. Her postdoctoral studies on peptidic toxins started at the University of Utah, US, with Toto Olivera (who she calls the godfather of snails). Further placements included Philippe Bouchet’s lab at the Paris Museum of Natural History, France, which she says has the best molluscan collection in the world, and the Smithsonian Institute in Panama where she first properly experienced fieldwork, collecting and observing snail specimens. Now based in New York, Holford’s research still involves many expeditions. However, with the global pandemic, travel has been put on hold, making field trips to collect specimens impossible. 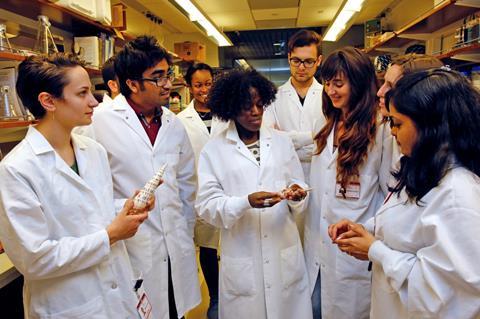 ‘In situations like now where the science can be very significantly suppressed, we have to think out of the box,’ Holford says. Her next research focus is on circumventing these challenges by artificially growing venom glands in the lab. ‘I like to call them glands in cans. People can stockpile them the way they stockpile cans of beans.’ Holford mimes sweeping cans into a shopping basket. The library will be created via collaboration with Hans Clevers at the Hubrecht Institute in the Netherlands. Clevers, a pioneer in the field of organoids, recently grew a snake venom gland from a Cape coral snake tissue sample, finding that the organoid was capable of producing venom. Holford plans to apply Clevers’ organoid growing techniques to snail venom glands to create a first of its kind library. She hopes this will help overcome travel restrictions and also allow for less invasive studies on endangered species as venom can be sourced from these artificial glands rather than disrupting the species in the wild.

It’s clear that despite restrictions, Holford’s research is progressing beyond a snail’s pace.