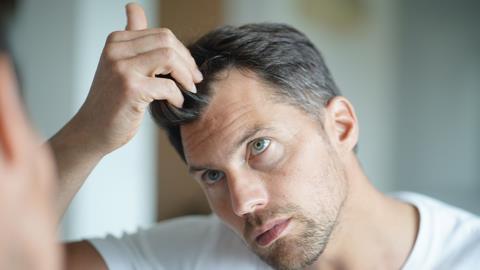 Catherine Hodges explores the chemical solutions to thinning hair and patchy beards, examining the popularity of minoxidil and the cautionary tale of finasteride

This week, Catherine Hodges discovers a pharmaceutical route to a full beard.

’It’s probably one of the best decisions I would say that I’ve made in regards to my own self-esteem. Obviously now I have a beard and that was at the time quite an important thing.’

This is Adam Siddals, aka The Beard Solution, a British YouTuber, talking about his experience with minoxidil. 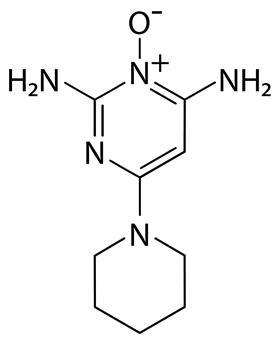 The drug, (sold in the US as Rogaine) was originally developed to treat high blood pressure. During clinical trials, patients started reporting significant hairy side effects – that’s hypertrichosis, or excessive hair growth. After early reports that minoxidil reversed baldness for hypertension patients in the 1980s, the compound was redeveloped as a treatment for alopecia.

However, with the current beauty trends for thick eyebrows and full beards, more and more people are using minoxidil not just to replace what they’ve lost on top, but to enhance and supplement their facial hair.

Despite some uncertainty surrounding its mechanism of action, more and more people like Adam are turning to minoxidil to treat their facial hair hang-ups. On Facebook, large numbers of young men are sharing their beard progress journeys in groups like The minox beard spot and Minoxidil beard results, with members posting hundreds of photos and updates each month showing remarkable facial hair growth. But minoxidil is not prescribed for beard growth; is it safe to be using drugs like this in these ways? 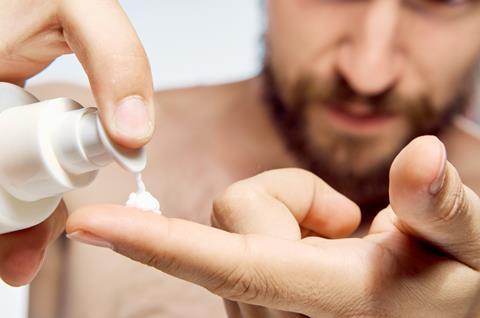 I asked Andrew Messenger, a dermatologist at the University of Sheffield in the UK, who specialises in hair loss.

‘When used on the scalp minoxidil lotion is pretty safe, to the extent it’s now available over the counter – you don’t need a prescription for it. It does sometimes cause irritation and very occasionally it can cause an allergic reaction, and a small amount of minoxidil is absorbed when it’s applied to the scalp. Now usually that doesn’t cause any problems, but occasionally it can cause palpitations, headaches and rapid heart rate, although these are uncommon. When used on the beard however, we have no information and although I suspect will be similar to when it’s used on the scalp, we don’t know that for sure. And it’s possible that absorption of minoxidil through the skin is different when it’s applied to the beard so there is an uncertain safety issue.’ 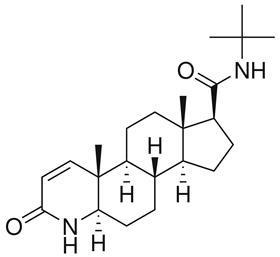 Now, whilst minoxidil may be the main new drug for beard growth, it isn’t the only drug on the market to combat hair loss. Finasteride – sold as Propecia or Proscar – is a synthetic steroid, which is also used to treat male pattern baldness. According to Roy P. Vagelos1, an ex-chairman of Merck , the drug came about from a study in the 1970s on a group of Caribbean children, who were considered to be girls at birth, but developed male genitalia when they hit puberty. A genetic deficiency of the enzyme 5-alpha reductase led to suppressed levels of a hormone called dihydrotestosterone, which interfered with the male children’s sexual development. Merck originally developed the research into a treatment to shrink enlarged prostates. However, dihydrotestosterone is also sometimes responsible for hair loss, so the drug was quickly repurposed, as in the case of minoxidil, as a treatment for baldness.

However, whilst few adverse side effects have been reported for minoxidil, this is not the case for finasteride, which has been linked to post-finasteride syndrome. Sufferers endure severe adverse neurological, sexual and physical reactions, including erectile dysfunction, memory impairment, depression and suicidal ideation, with side effects continuing even after they stop using finasteride. In April 2018, Merck settled hundreds of Propecia-related lawsuits, which claimed that the company did not adequately warn patients of the drug’s possible side effects and their duration, to the cost of several million dollars. 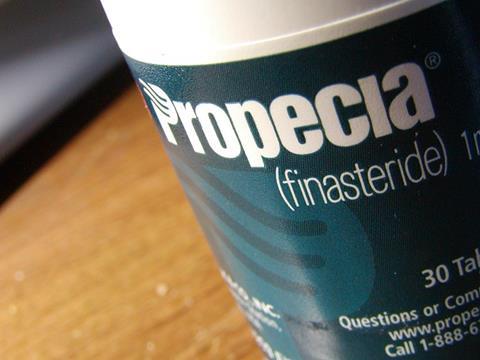 However, if and how the drug causes these side effects is still up for debate, with researchers unsure whether post-finasteride syndrome actually exists. In a 2019 editorial article in the BMJ, Shelly Gray and Todd Semla at the University of Washington emphasised the need for more long-term studies into finasteride and how there are gaps in the safety profile of the drug.

All this goes to show that combating hair loss and stimulating hair growth can be a venture into the unknown. Whether it’s enhancing a beard or regrowing lost locks – for some, the potential rewards outweigh the risks.

‘Once I had some facial hair and a decent beard, I generally looked a bit older and people started to take things a bit more seriously. If I was to go back all the way to the beginning, I think I would probably still go back and do it all again.’

Unusually for such a widely used drug, it was not developed by a major pharmaceutical company but by the British pharmacy chain Boots, from the simple organic fatty acid, propanoic acid, a compound that had been known since the 1840s.

Join Brian with ibuprofen next time. Until then, you can find every Chemistry in its element podcast at chemistryworld.com/podcasts, and if you spot anything we’ve missed so far, let us know: email chemistryworld@rsc.org or tweet @chemistryworld. Thanks for joining me, I’m Ben Valsler.

Additional music: Lift it up and feel good by Rhythm Scott, via Soundstripe