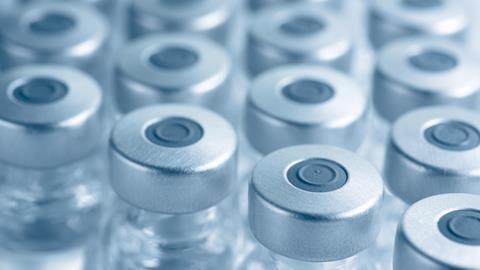 A new global coalition, launched at the World Economic Forum in Davos on 18 January, is seeking proposals from researchers and companies to develop vaccines against emerging infectious diseases. In a new approach designed to guard against epidemic threats before they happen, its first three targets are the Mers-CoV, Lassa and Nipah viruses, which have the potential to cause serious epidemics.

The Coalition for Epidemic Preparedness Innovations (Cepi) aims to develop two promising vaccine candidates against each of these three diseases before any epidemic emerges. In future, its work may extend to vaccines against the Ebola, Marburg and Zika viruses. Cepi also hopes to shorten the time it takes to develop new vaccines to protect against viruses that emerge suddenly as public health threats.

Cepi has raised $460 million (£369 million) from the governments of Germany, Japan and Norway, the Bill & Melinda Gates Foundation and the Wellcome Trust. It is still fundraising to reach the $1 billion target it needs for its first five years. Other investors include major pharmaceutical companies, the World Health Organization, Médecins Sans Frontières and the Indian government. The European commission will also co-fund research through programmes such as the Innovative Medicines Initiative.

‘We know from Ebola, Zika and Sars that epidemics are among the significant threats we face to life, health and prosperity,’ said Jeremy Farrar, director of the Wellcome Trust. Vaccines can protect us, but we’ve done too little to develop them as an insurance policy. Cepi is our chance to learn the lessons of recent tragedies, and outsmart epidemics with new vaccine defences.’

Middle East Respiratory Syndrome (Mers) is a viral illness, first reported in Saudi Arabia in 2012 and has since spread to several other countries, including the US. The Lassa virus, spread by infected rats, is an acute viral illness that occurs in west Africa and produces a range of symptoms. Nipah virus causes inflammation of the brain, and has been linked to infected bats and pigs.

Ian Jones, professor of virology at the University of Reading, UK, welcomes the move as ‘doing something on an organised basis’ but adds that the jump to vaccines is not always necessary. ‘Producing a vaccine is another way of saying that virus spread cannot be controlled by other measures, which is not always true. Most of the Nipah infections, for example, are caused by poor food hygiene; the virus itself has not shown any increased propensity to spread.’ Vaccines for the animal reservoir might be another effective control. He supports, in theory, the idea of validating and stockpiling a new vaccine so it can be rolled out quickly if necessary, but questions what counts as a reasonable number of targets, and the length of time stockpiles could be held.