Synthesis strategy takes the pain out of finding malaria drugs

An international group of scientists has found an antimalarial agent that can cure rodents of malaria in a single dose. The compound was discovered after the team made 100,000 different molecules using a synthesis strategy that could also help to find drug candidates for other infectious diseases. 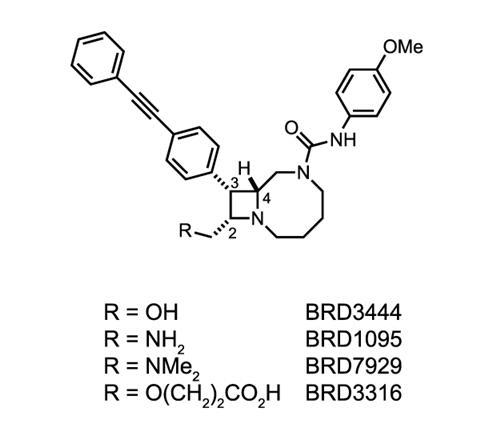 Although incidences of malaria have fallen in recent years, the disease still poses a severe threat. Last year, the number of people who died from malaria worldwide was 438,000, according to the World Health Organization. Of those deaths, 90% were in Africa.

Malaria is caused by a single cell parasite belonging to the Plasmodium family – the most deadly of which is P. falciparum. When an infected mosquito bites a person parasites enter their bloodstream and hide in the liver where they begin multiplying. The parasite then emerges and begins replicating in the blood, at which point malaria symptoms appear. An uninfected mosquito can subsequently ingest these parasitic cells during a blood meal and go on to infect another person.

Researchers have spent decades fighting the disease at each of these stages, but a drug that attacks all them is a rarity. ‘The main problem is that the malaria parasite has developed resistance to all the current antimalarial drugs,’ says Eamon Comer from the Broad Institute of Harvard and the Massachusetts Institute of Technology, US.

Rather than search for a natural product to combat the disease, Comer and his colleagues have found another way to break the cycle. ‘As resistance to traditional chemotypes, including natural products, develops, it is increasingly necessary to develop systematic ways of discovering new chemotypes,’ says Comer. ‘Diversity-oriented synthesis (Dos) offers a means to address this need.’

Most chemists will often have a target in mind when it comes to organic synthesis, designing the necessary steps and pathway to get to that molecule. But Dos is the opposite approach. Comer and his colleagues start by synthesising a number of chiral building blocks that they couple together in a variety of ways. They then pair these couplings off to produce a diverse library of chemical compounds. The team call it a ‘build/couple/pair strategy’.

This strategy has allowed the group to make around 100,000 compounds that display both the complex and diverse nature of natural products. Of these 100,000 compounds, the team identified a series of bicyclic azetidines that could tackle the P. falciparum parasite. These molecules inhibit the activity of an enzyme responsible for protein production.

The team tested one azetidine, named BRD7929, in a group of mice infected with P. falciparum. After treating those infected at the blood stage with a single, low dose of BRD7929, the mice were parasite free for up to 30 days. Comer and his colleagues also found that the compound can inhibit malaria at the liver and transmission stages for up to 30 days. This suggests the compound could help cure the disease, but also stop an epidemic in its tracks. 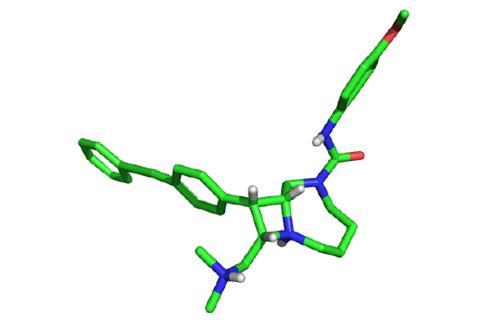 X-ray crystal structure of BRD7929, one of the most promising of the anti-malarial drug candidates, showing 3D conformation

Comer’s goal is to push these molecules into clinical trials as soon as possible, but he also believes Dos is an important tool for medicinal chemists too. ‘Dos has provided many small-molecule probes of diverse mammalian processes,’ he comments. ‘We are finding that these compounds are also a rich resource for identifying novel targets relevant to a range of infectious diseases.’