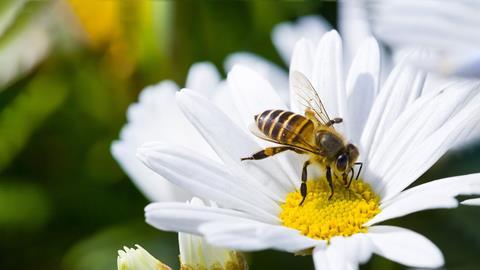 What you need to know about neonicotinoids

Last month the European Food Safety Authority (EFSA) concluded that certain neonicotinoids used on farms and gardens can harm honeybees, bumblebees and solitary bees. So why are the controversial insecticides still popular, how do they work and why they are of concern?

First applied commercially in the 1990s, ‘neonics’ are among the most popular insecticides in the world. They are coated onto crop seeds and – being water soluble –taken up and dispersed throughout the plant. Sometimes they are sprayed onto foliage. They are especially effective against sucking pests (such as aphids), but also chewing insects.

Why are they so widely used?

Treating seeds with neonics can protect seedlings for up to 10 weeks, a vulnerable stage in their lives. This also reduces the need for multiple pesticide sprays. When neonics were introduced, carbamates, organochlorine and organophosphorus compounds dominated the market: these were not very selective and toxic to mammals. The newcomers were viewed as safer and more efficient.

So how exactly do they work?

Like nicotine, neonics work by binding to nerve cell receptors that usually respond to the neurotransmitter acetylcholine. At high doses, neonics over-excite neurons, which can lead to epileptic-like effects, cell death or nerve cell inactivation. At lower levels, normal neuronal function is impaired. It is suspected that this is how bees are harmed. After repeat exposure, target nerve cells become more vulnerable and toxicity to insects increases.

What did the EFSA review find?

The review looked at imidacloprid, clothianidin and thiamethoxam. The three pesticides were found to impact bee learning and navigation and reproduction, though the risk varies with route of exposure and between bee species. The technical reports update initial conclusions drawn up in 2013.

I thought the pesticides only target pests?

They do. However, nanogram quantities of the neurotoxin are present in pollen and nectar and these pose sub-lethal risks to pollinators, such as bees. Nearby crop and wild plants can also be contaminated and the insecticides can accumulate in soil. Neonics have been detected in streams, honey, garden flowers and wildflowers. It’s not just bees, either. A Dutch study reported that birds raised fewer chicks when levels of imidacloprid were higher in surface waters. The more present, the poorer the fare of aquatic invertebrates. A review last year highlighted potential links to butterfly declines and harm to ants, earthworms, mayflies and caddisflies.

Did regulators act to ban or restrict them?

There were restrictions put in place for three neonics since 2013 in their use in flowering crops, such as oil seed rape. However, the EFSA do not make specific legislative recommendations. Any moves in this direction are up to EU member states and the European Commission.

They are still used by farmers?

Yes. On wheat and barley, for instance, to limit the spread of a virus and deter slugs from hollowing out grain. Farmers say they are important for controlling aphids on sugar beet to limit spread of the beet yellow virus. Some neonics are used on fruiting trees in Europe.

What do opponents of neonicotinoids say?

That neonicotinoids are just one of a long line of pesticides that harm pollinators and non-target animals. One of the main arguments is that each insecticide’s effects are studied in isolation, but in the real world they occur as mixtures that may act synergistically and accentuate the risks to beneficial insects and other organisms. This, they suggest, means the approval system for new agrichemicals is faulty.

What does the agrichemical industry say about banning these pesticides?

That it will get more difficult to produce high quality food crops such as wheat, barley, vegetables and sugar beet at a competitive price. Also, that a ban could reduce competitiveness of European farmers and boost imports of wheat and sugar beet from countries that still use the neonics. Bayer (which sells imidacloprid and clothianidin) disputes the EFSA findings.

The main argument of those in favour of neonics is that environmental problems must be balanced against farm needs and that some neonics are far less toxic to bees than the three EFSA focus on. Rothamsted Research in the UK has previously argued that a neonic ban could harm UK agriculture.

There are three listed neonicotionids, but there are others out there?

The report focusses on the three most widely-used neonicotinoids, but others such as thiacloprid and acetamiprid are not subject to the moratorium or recent review. Some researchers say other newer insecticides may prove harmful to bees and other non-target insects because regulatory procedures have not changed. One example is sulfoxaflor, which works in a similar way to neonics and has been challenged in US courts

Will banning these neonicotinoids turn the situation around for our wild bees?

Not on its own. Scientists campaigning for a ban say bees face a wide range of other stresses, especially loss of habitat and the presence of other toxins in the environment, and the blame for loss of bees cannot be pinned entirely on one class of insecticide.