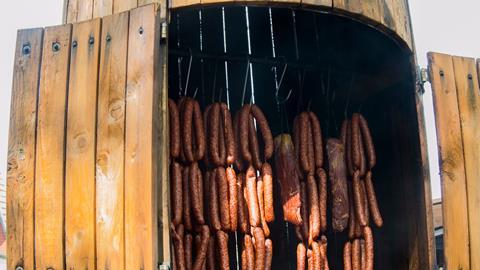 Car manufacturers have used zeolites for years to filter pollutants from exhaust fumes. Now, researchers at the University of Reading in the UK have shown that this technology could help cut levels of carcinogens in smoked foods and make them tastier too.

Just as car companies have used zeolites to reduce environmental pollutants, lead researcher and flavour chemist Jane Parker and colleagues have optimised filters made from zeolites, a porous aluminosilicate mineral, to remove carcinogenic polycyclic aromatic hydrocarbons (PAHs) from the smoking process for foods. PAHs form when cooking foods at high temperatures, such as barbecuing, and animal studies have shown that exposure to such compounds can cause cancer. However, human studies have not definitively linked PAH exposure from cooked meats or other foods to increased risk of cancer.

Parker and her team found that zeolites could cut PAHs levels in smoke for food preservation and flavouring by as much as 93%. The findings were presented at the American Chemical Society’s spring meeting in New Orleans and are the result of a partnership between the University of Reading and Besmoke, a smoking company in the UK. Besmoke has developed a Pure Smoke Technology (PST) that Parker’s team determined can dramatically cut PAHs in smoked foods. The researchers used this process to smoke tomato flakes, as well as coconut oil and water, using either the filtered or unfiltered smoke. The smoked tomato flakes were then put in cream cheese, and the coconut water was used to brine chicken.

An expert panel of tasters confirmed that there were fewer harsh flavours in food that had been treated with PST, and these products had a more ‘rounded balanced flavour’, Parker recounted. Meanwhile, their counterparts made from the unfiltered smoke tended to score higher when it came to the undesirable flavour qualities like ‘ash tray’ and ‘acrid smoke’.

‘Whereas we started off trying to reduce carcinogens, what we’ve ended up with was reducing carcinogens and producing a technology that made a flavour which was superior to that of the traditional smoking process,’ Parker said.

To gain a better understanding of why the filtered smoke tasted better, the researchers used mass spectrometry to analyse the compounds in the two different types of smoke. Their chemical profiles showed that the zeolite filter was largely removing the higher molecular weight components. This suggested that these chemicals could be responsible for the harsher flavour and aroma profiles of foods. 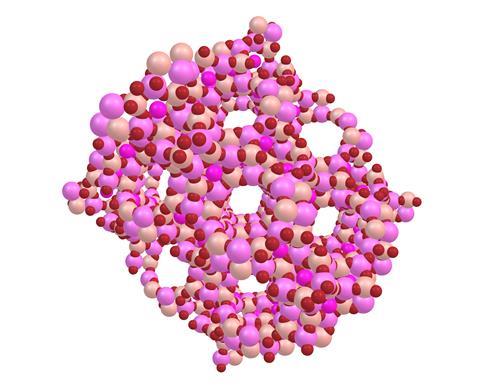 Zeolites are minerals with a porous structure that can absorb a wide range of chemicals, depending on the size of their pores

Characteristic smoky compounds like guaiacol, syringol and 4-vinylguaiacol tended to decrease significantly when the filtered smoke was used, while other compounds were relatively unchanged. Besmoke says it relied on x-ray crystallography work at the University of Reading to chemically and physically alter the zeolite’s structure to provide the exact filtration properties required to trap PAHs, while allowing the ‘free flow’ of flavour compounds.

It does not appear that the zeolite technology will add to the cost of producing smoked foods, though details are scarce. ‘The zeolite itself is dug out of the ground, and it is very cheap,’ Parker said. Although precise figures aren’t available, she said the PST filter reduced food smoking time from three days to approximately 12 hours.

It is possible that this zeolite technology could be included in cigarette filters, or retrofitted to barbecues. However, Parker emphasised that Besmoke isn’t thinking about this at the moment. ‘It’s not their main goal – they are producing ingredients for the food industry,’ she said.

Besmoke has some PST-generated smoked products on the market in the UK, including a smoky ginger ale. Items flavoured with PST are considered a natural smoke product in the UK. Therefore, they don’t need to be declared as a smoke flavouring or smoke extract, which would carry additional regulatory burdens.