Does simple gene-editing mean the end of traditional medicinal chemistry? Probably not 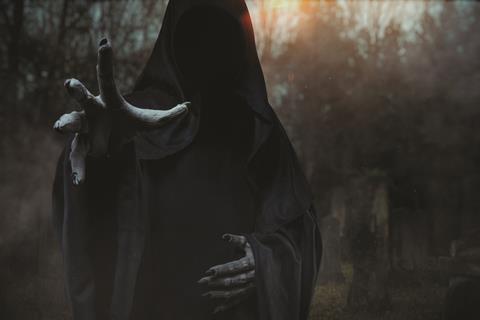 Crispr! Yet another article about Crispr! Can you stand it? So much has been written about this gene-editing technique already that you’d think it had been discovered through grants from the publishing industry. But I’d like to look at its potential impact on medicinal chemistry.

The first thing that many medicinal chemists might think is that they’ve seen this show before. In the late 1980s and early 1990s, it was going to be antisense that ‘changed everything’, and more recently it’s been RNA-directed therapies. A jaded chemist could be forgiven for thinking that Crispr is more of the same: an interesting biological technique surfing towards the clinic on a foaming, breaking wave of hype. A look at the remains from some of the earlier surges – out there bleaching on the rocks, in tatters – does not inspire enthusiasm.

This one could well be different, although I realise those words have been uttered before. Still, Crispr is surely the easiest and most versatile gene-editing platform yet discovered, and that certainly counts for a lot. For medicinal chemists, at the very least it means a variety of new cell and whole-organism models of disease, along with new ways to help untangle mechanisms of action (or, inevitably, to tangle up some of the ones we thought we already understood).

As for clinical applications, these seem to be coming on faster than for any other such technique. It looks likely the first human trials for the technology will be in further engineering chimeric antigen receptor T-cells (CAR-T) in cancer immunotherapy, which is a natural experiment to try, given the wide belief that removing some functions from those cells should make them more effective at their new tasks. A trial in China should be underway by the time you read this, and one in the US is slated to start by the end of the year.

No one should see Crispr as bad news; the universe of possible treatments has always been larger than small molecule drugs could handle

Those trials illustrate the sorts of targets that Crispr will be deployed against: specific genes whose functions are strongly correlated with a disease state. There are quite a few of these, although the list is perhaps not yet as long as some people think. Despite a great deal of work, many major diseases that clearly have a genetic component have not yielded clean genetic targets.

But in most of the well-defined genes, these effects are not things that small molecules have a good chance of producing. So Crispr itself is not really competing with traditional medicinal chemistry. Where small molecules can excel is in functions such as activating or blocking receptors; allosteric modulation; time-dependent effects where a permanent ‘off’ switch could be problematic; and (similarly) inhibiting some protein’s function to a titratable level, depending on the individual patient. A hard genetic deletion or alteration, which is what Crispr can provide now, doesn’t fit these therapeutic modes so well.

One could imagine, eventually, a combination therapy that might involve replacing a particular protein target in a tissue with a new one, specifically designed to be modulated by a further small molecule drug for fine-tuning. We’re a long way from that now, and for some time it looks like Crispr and small-molecule drugs will not be elbowing each other for the same space. The landscape may well come to look like that of the biological approach that has worked out the best so far: antibodies. These are another good way to knock down the function of a given protein (and can be titrated or stopped entirely like a small molecule dose). A look at the best-selling therapeutics will show a number of antibodies in the high ranks, but they generally don’t compete with tractable small molecules.

So if the role of traditional medicinal chemistry has become smaller over the years (and it has, I think), it’s not because it’s shrinking per se. It’s that other things are getting bigger around it. No one should see this as bad news; the universe of possible treatments has always been larger than small molecule drugs could handle. Don’t fear the Crispr – instead, try to figure out what it can do to make your research life easier and your drugs faster to develop.