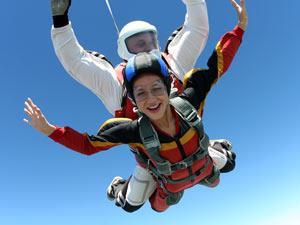 Simon Cotton on the compound that turns a shrinking violet into a hero: Adrenaline

It was a fine Sunday evening, that 29th of June 2014. Bob Renning, a middle-aged US Air Force First Sergeant, was enjoying the weather as he drove along an interstate highway in Minnesota with his girlfriend. He looked in his rear-view mirror and saw a sight that spurred him into action, a sports utility vehicle (SUV) bursting into flames, and pulling over to the nearside.  By the time Bob reached the SUV, it was filling with thick smoke. Mike Johannes, the driver, was trapped – he could not get out because the fire had disabled the electrics, jamming the doors and windows. He held his breath to stop inhaling the smoke and prepared to die.

Renning pulled the door handle, but nothing happened. His fingers managed to get a grip on the top of the doorframe, so he put his foot against the door and pulled. Somehow he bent the doorframe in two – not surprisingly the window broke. He reached inside the car to pull the driver out. It was only after the emergency crews and State Troopers had reached the scene and put out the fire that Bob Renning had time to think. He had absolutely ’no idea’ how he managed to tear open the car’s door – one of the State Troopers said ’I don’t think I could take a crowbar and fold the door like he did.’

We are familiar with stories like this, where the human body responds to emergencies by going into the red zone. 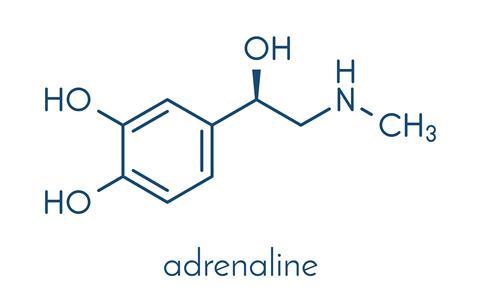 Adrenaline is part of the world of literature. Use of the word suggests that your heart rate’s speeded up and you’ve got more energy. The ‘adrenaline junky’ is someone who seeks out and craves thrilling adventures, whilst the common phrase ’a shot of adrenaline’ implies some kind of reinvigoration. Only the other day I saw the headline ‘Pension freedoms have been a ”shot of adrenaline” to financial service’, suggesting application well beyond the living world.

People got interested in adrenaline over a century ago, when scientists found that extracts from the adrenal gland pushed up blood pressure. In 1900, a young Japanese chemist named Keizo Uenaka, working in the New York laboratories of another Japanese chemist, the biotechnology pioneer Jokichi Takamine, succeeded in isolating crystalline adrenaline. They were collaborating with Parke-Davis, the American drug company, and adrenaline was immediately taken up by the medical profession.

Starting from the amino-acid tyrosine, the body makes adrenalin in glands at the top of the kidneys. It secretes especially large amounts when the body perceives itself under threat or at risk of harm, what is often called the fight-or-flight response.

Adrenaline contains what is known as the phenylethylamine (PEA) skeleton, where a benzene ring is linked by a two-carbon chain to an NH2 or amine group. It is not surprising that other molecules containing this backbone are also stimulants, such as synthetic drugs like amphetamine, methamphetamine and ecstasy.

There is at least one curious case where adrenalin and phenylethylamine seem to be linked. Carnivorous animals such as lions and tigers have much higher levels of PEA than herbivores, sometimes 3,000 times as much. Some American gardeners use bobcat urine to scare off rodents and rabbits; it works because it contains PEA, which triggers the flight-or-flight response in the rodents, who make for cover. 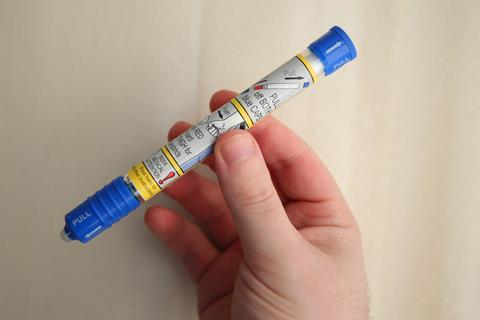 Adrenaline has another name, epinephrine. Its use is largely restricted to scientific circles, whilst everyone has heard of adrenaline. However there’s one application by which most people are familiar with epinephrine, and that’s the epinephrine auto-injector, often referred to as the epipen. Most of us will have friends who carry them in case of severe allergic reaction, whether triggered by wasp or bee stings or by food allergens, such as nuts or seafood. In cases where anaphylaxic shock comes on suddenly, and blood pressure drops through the floor, epinephrine injection is the standard treatment, narrowing blood vessels and widening your airways, so that normal blood pressure is restored. Less than a milligram of epinephrine is all it takes.

Adrenaline is a remarkable molecule and makes people do things out of their normal character. Before he became a Hollywood actor, staring in Gunsmoke, The Quiet American and The Unforgiven, amongst other films, Audie Murphy served in the American army in the second world war. He was awarded 32 medals including the Medal of Honor: one of the most decorated soldiers of them all. The paradox is that Audie Murphy was always a shy man, who once said that he’d rather face a machine-gun nest than give a speech. Faced with a company of German soldiers he stood on a burning tank for an hour, fighting them off single handedly, then heading a counter attack that stopped the German advance.

That’s adrenaline for you, the chemical that makes a shrinking violet into a hero.

Birmingham University’s Simon Cotton, getting our pulses racing with the heroic chemistry of adrenaline. Next week, a compound with an alter-ego.

Vanadium, the transition metal at number 23 on the periodic table, is one of those elements that sounds more like something out of a superhero movie than a real substance. You might expect that vanadium oxide would be of vanishingly small interest, but the reality is different.

Find out this reality in next week’s Chemistry in its Element.  Until then, thank you for listening, I’m Meera Senthilingam.