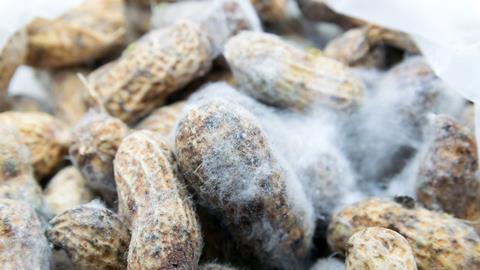 Peanuts can be a major health risk, either as a potential choking hazard in babies or by triggering severe reactions in people with nut allergies. But peanuts can harbour a lesser known but no less serious danger in the form of aflatoxins. To find out what they are – and why they’re so nasty – we need to take a trip back to England in May 1960, when thousands of turkeys began mysteriously dropping dead in poultry farms across the country. 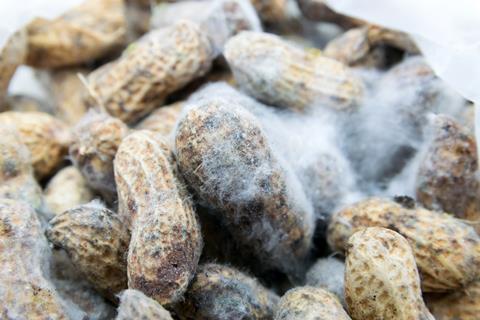 Post-mortem examinations revealed that all the dead birds had signs of serious liver damage, which looked a lot like poisoning. The cause of this bizarre plague, which became known as ’Turkey X disease’, was a mystery despite claiming the lives of more than 100,000 turkeys and other poultry within a few months. After ruling out ‘fowl play’, an investigation revealed that all the affected farms had bought consignments of peanut-based bird food from the same shipment from Brazil, delivered to Britain by the SS Rosetti, which turned out to be contaminated with a mould fungus known as Aspergillus flavus.

The fungus itself isn’t particularly dangerous, but it produces aflatoxins. They cause severe liver damage in high doses and were the culprit behind Turkey X disease. But while the poisoning outbreak was restricted to poultry, the risks of aflatoxin apply to all animals, including humans. There are two types of Aspergillus fungus that make aflatoxins – Aspergillus flavus and Aspergillus parasiticus – and there are at least 13 chemicals that fall into the aflatoxin family. As well as growing on peanuts, these moulds have popped up in a huge range of foodstuffs, including grains, figs, cheese, meat and animal feeds.

By 1961, researchers had shown that feeding aflatoxin to rats caused acute liver damage, and in 1963, scientists studying unusual liver failure in rainbow trout in California fish farms realised the problems were caused by aflatoxin contamination in groundnut and cottonseed meal. But while these animals’ symptoms were caused by relatively high doses of aflatoxin, which can also cause acute poisoning in humans, there was a more insidious effect from lower doses: liver cancer. 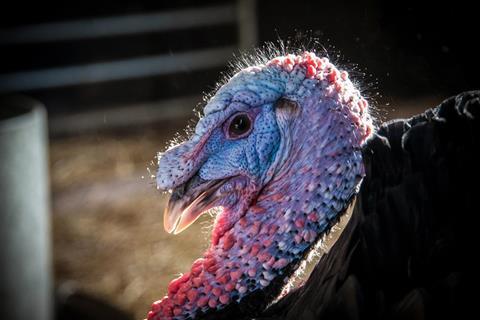 Over the following decades, scientists revealed that aflatoxin is one of the most potent cancer-causing agents known, causing a type of liver cancer known as hepatocellular carcinoma. It does this by causing mutations in DNA inside liver cells, and particularly affects a gene called p53, which normally acts to prevent cells from becoming cancerous. The liver seems to be particularly susceptible because it’s where we do most of our detoxing – enzymes known as cytochromes carry out reactions that are meant to reduce the toxicity of chemicals that have got into the body. But in the case of aflatoxins, this reaction actually makes them even more harmful, and they set to work damaging the cells right there in the liver.

Aflatoxin-associated liver cancer is much more common in poorer parts of the world, where crops are more likely to be exposed to the kind of warm, wet conditions that the mould loves best, and where there are fewer regulatory safeguards protecting food standards.

Because Aspergillus moulds are so widespread, it’s very difficult to avoid aflatoxin contamination altogether. The best advice is to avoid eating any obviously mouldy foods, and to stick to well-known brands of peanuts and nut butters, which adhere to strict hygiene standards. Many countries have also adopted food standards that specify the maximum amount of aflatoxin that can be found in any foods. As luck would have it, some aflatoxins glow blue or green under fluorescent light, due to the large number of carbon rings in their chemical structures, making it easy to spot contaminated foods. In fact, the presence of aflatoxin was first detected back in 1961 by the unusual glow coming from the contaminated poultry feed.

While prevention is obviously better than cure, researchers are investigating treatments that could reduce the toxicity of aflatoxin, which would be particularly useful for people in the most susceptible areas. While most of these approaches involve conventional drugs, one team found that vegetables from the family including carrots, celery and parsley could also protect against aflatoxin’s effects by blocking its conversion into the harmful form in the liver. So maybe that’s an argument for enjoying your peanut butter spread onto a celery stick or carrot baton rather than smeared on toast.

That was Kat Arney with the mystery of ‘Turkey X disease’ and aflatoxins. Next week, Kit Chapman has another compound linked to mysterious avian deaths…

But in 1973, Nixon was at the height of his popularity: he’d just been re-elected with 60% of the popular vote. His inauguration was supposed to be a triumphant parade. So why was the route lined with dead pigeons?

Join Kit for that story next week. Until then, get in touch through the usual channels if there’s anything you would like to hear more about, and you can find all of our podcasts at chemistryworld.com/podcasts. I’m Ben Valsler, thanks for joining me.