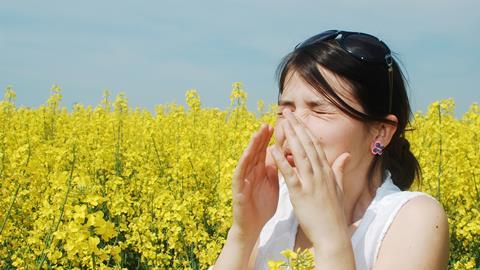 From calming a hyperactive immune system to increasing cognitive abilities, these small molecules have a big impact

As summer passes into autumn, some people breathe a clear sigh of relief – perhaps their first clear breath in months – as for many it marks the end of hayfever season. For those who know the irritation of pollen allergy, this class of compounds are a constant summer companion. Here’s Katrina Krämer.

Sneezing, coughing and the rustling of tissues – for some people that is the sound of summer. Rather than checking the weather forecast for rising temperatures and marvelling at blossoming plants, people who suffer from hayfever might check the pollen count and suspiciously eye growing grasses and their particularly allergy-inducing pollen.

Hayfever affects up to 25% of people in developed countries. Although the symptoms are far from life threatening, they can severely impair people’s quality of life. Sleeping, working and even focusing on a task becomes a lot harder when you have to deal with itchy, watery, swollen eyes, constant sneezing and a nose that alternates between runny and stuffy. Leaving hayfever untreated can lead to developing so-called coexisting diseases: asthma, eczema and lung infections. 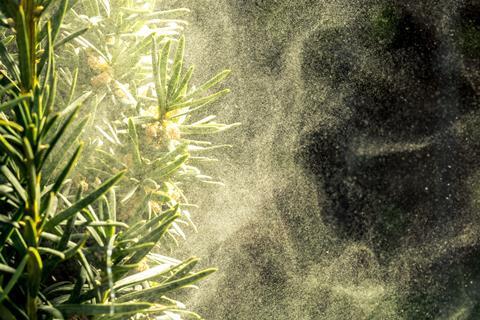 All of this is caused by a single innocuous compound: histamine. The simple molecule – an ethylamine chain attached to an imidazole ring – is a vital part of the body’s immune response. But in people who suffer from hayfever, the mechanism that releases histamine has a slightly twitchy trigger finger, mistaking harmless pollen for threatening bacteria.

Scientists have long tried to figure out why some people’s bodies overreact this way, but as with many allergies, it’s an incredibly complex web of genetic and environmental factors. For now, doctors instead treat the symptoms. Luckily, there is a huge range of compounds that do just that.

The first antihistamine – called piperoxan – was developed in 1933. Marking the beginning of allergy treatments, its discovery sparked the development of dozens of similar drugs in the following decades. Early antihistamines all share common features that, when you squint, make them look a little bit like histamine itself: a substituted nitrogen on one end, then a short spacer carbon chain attached to another nitrogen that carries two bulky aromatic groups. Their structural similarity to histamine is no coincidence. Hayfever drugs are H1 antagonists, compounds that block the receptor that histamine activates to cause many of the symptoms.

However, all of the first-generation antihistamines had a problem: they rapidly permeate the brain, where they can bind to other receptors, making people drowsy. While this is great when hayfever keeps you awake at night, during the day – and particularly when driving and working – most people prefer to be awake.

In the early 1980s, second-generation antihistamine drugs emerged. Many still are similar in structure to their earlier counterparts, but have a bunch of additional functional groups that makes them much more polar. They can’t easily cross the blood–brain barrier and are therefore non-sedating. Today, there is a huge range of H1 drugs available as nasal sprays or tablets, many sold over the counter costing only a few pennies per dose.

But histamine’s role in the body doesn’t stop at making people sneeze and wheeze. There are three other histamine receptors and for each of them scientists have developed antagonists. The H2 receptor sits in acid-producing cells in the stomach lining. Blocking it means less stomach acid, which offers relief from gastric ulcers, acid reflux or indigestion. Introduced in the 1980s, the H2 antagonist rantidine was once the world’s best-selling drug. Today, rantidine has mostly been superseded by the more potent proton-pump inhibitors. 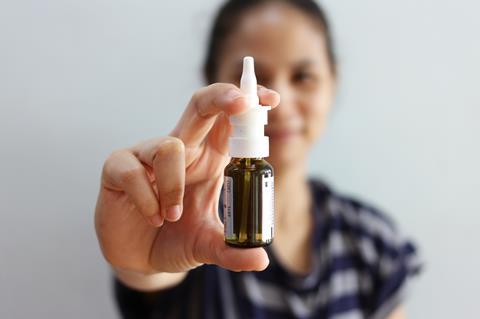 Antihistamines tackling the other two receptors – H3 and H4 – are mostly still experimental. H3 receptors sit in the brain and modulate the release of neurotransmitters like dopamine, noradrenaline and serotonin. H3 antihistamines have a stimulant and cognition-enhancing effect. While this sounds like a replacement for the high caffeine doses many people depend on to function in the early morning, the real excitement around H3 drugs is that they might be effective in treating diseases of the central nervous system such as narcolepsy, schizophrenia and even Alzheimer’s.

However, Alzheimer’s disease has proven hard to treat, with many drugs failing during clinical trials – and antihistamines are no exception. After first showing positive effects in small human trials, the H3 antagonist latrepirdine failed to show any benefit in larger tests. After several years of clinical trials, in 2012 it was finally discarded as ineffective.

Finally, there is the mysterious H4 receptor. Found mostly in bone marrow cells, it controls white blood cell release. Scientists have so far been unable to elucidate its structure. But that didn’t keep them from trying to find compounds that might attach to it. The receptor’s role in regulating the body’s immune response means blocking it could help people with immune disorders.

For a group of small molecules, tackling so many different diseases surely sounds like a great achievement. And although antihistamines have become a staple for treating hayfever and gastric problems, it doesn’t sound like their story is quite over yet.

Katrina Krämer with antihistamines. Next week, I’ll be looking at a worrying trend that hit music festivals this summer – the mis-selling of new psychoactive substances, and in particular pentylone, as common street drugs like ecstasy. Illicit drug users take risks every time they decide see their dealer, but we hear from Fiona Measham, director of The Loop – an organisation who provides drug testing at festivals and nightclubs – about why this trend puts people in danger.

Until then, get in touch with any questions, comments or compound suggestions – email chemistryworld@rsc.org or tweet @chemistryworld. I’m Ben Valsler, thanks for joining me.