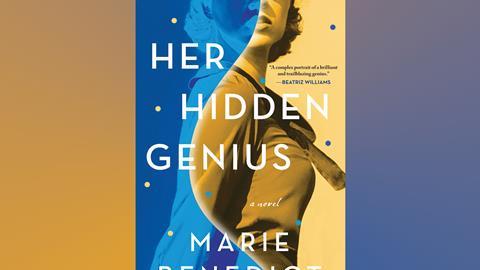 There is a fascinating, unsettling and tragic story behind the pivotal discovery of DNA’s helical structure almost 70 years ago, which resulted in a Nobel prize for three men.

In this episode, we discuss Her Hidden Genius. It’s the new book by Marie Benedict, a lawyer and best-selling author who unearths the historical stories of women who have left important legacies. In this her third book about a female scientist, Benedict chronicles the life of Rosalind Franklin, an English chemist and x-ray crystallographer who laboured for years to uncover the structure of DNA but whose research was secretly shared with two male scientists from a different institution – the famous Watson and Crick. They used her data to claim the discovery of DNA’s structure and ultimately win a Nobel prize for it, after Franklin died from cancer at just 37 years old.

We talk to Benedict, and hear how and why she told this story of a vibrant woman who deserves her place as one of history’s most important, and perhaps underappreciated, scientists. But Franklin is finally beginning to get the recognition she deserves. On 29 September, the Rosalind Franklin Institute officially opened its doors at the Harwell campus near Oxford, UK.

You can buy your own copy of Her Hidden Genius here.

Next time, we’ll be talking about Sticky: The Secret Science of Surfaces, by physicist and science writer Laurie Winkless. It’s an exploration of how friction and other surface interactions shape our world, and describes how surface science has enabled the manipulation of stickiness, even down to the single atom.

If you, dear listener, have any thoughts on Her Hidden Genius or know of a book you would like us to discuss in an upcoming book club, let us know in the comments below or tweet at us @ChemistryWorld.