We find out how nanotoxicology could be holding back development, and ask if ‘patent or perish’ should be the new academic adage

0.33 – Lawrencium’s position on the periodic table may now be up for debate after scientists in Japan successfully measured the first ionisation potential of the synthetic f-block element. The result may provide fuel for arguments that lawrencium and its close cousin, lutetium, should be considered part of the central d-block – Lawrencium experiment could shake up periodic table

3.38 – A new, continuous-flow process for stereolithography – one of the key technologies in 3D printing – that is 25–100 times faster than current technologies and of higher quality has been developed by researchers in the US – Drawn out success for far faster 3D printing

5.59 – There is a risk that poor toxicology studies could start undermining the success of nanomaterials, we speak to Andrew Maynard, director of the University of Michigan Risk Science Center in the US, about the ‘new’ science of nanotoxicology – Big problems with little particles?

13.51 – A new rival to the lithium-ion battery has been created that charges in under a minute and still performs almost perfectly after being recharged thousands of times. The new battery is based on aluminium instead of lithium, which should make it both cheaper and safer than their lithium-ion competitors – Super-fast charging aluminium batteries ready to take on lithium 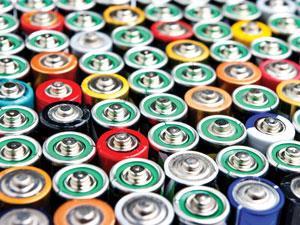 17.05 – Inspired by a YouTube video, scientists in the US have confirmed that a simple bounce test can be used as a technique to indicate charge in a battery – Bounce denotes battery health

19.40 – The academic adage of ‘publish or perish’ could be replaced by the more commercially-minded ‘patent or perish’. We speak to Mike Arnott, physical sciences investment manager at Cambridge Enterprise – Crossing the valley of death

23.33 – A multinational team of scientists has proposed a new explanation for the striking colour change observed when a lobster is cooked – Chemical clarification for lobster colour change on cooking

26.03 – Researchers in Finland and Germany have analysed samples of 170-year-old beer recovered from a shipwreck in a bid to discover more about how the beverage, and the process of making it, has changed through the ages. And using some of the results, a Finnish brewery has attempted to recreate the original beer, producing ‘1843’ ale, named after the year the ship is thought to have sunk – Shipwrecked beer from 1840s lives again