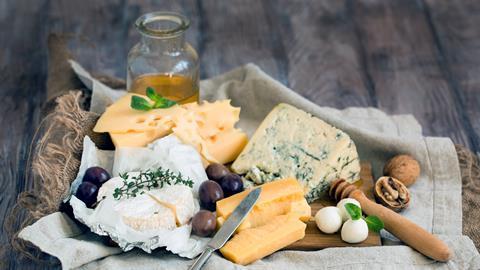 This week, Brian Clegg gets cheesy…

You could be forgiven for not being aware of the existence of chymosin, though its alternative name of rennin might give a clue to why this enzyme is of particular interest to cheese enthusiasts. Chymosin has an important job in the digestive system of some very young mammals, notably ruminants such as cows, curdling milk to give it a better chance of being digested. Human young don’t produce chymosin, using different enzymes to attack milk proteins, but that doesn’t mean that we don’t find it useful. The action within ruminants’ stomachs is exactly the same process that is required to produce the curds that eventually become cheese. 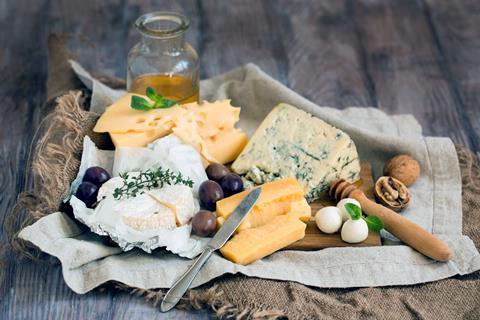 In the complex structure of a ruminant’s digestive system, the fourth compartment is called the abomasum – rather boringly named as being ‘from the omasum’, the third compartment, which gets its name from the Latin for tripe. The abomasum’s main job is rather similar to a human stomach in attacking proteins with acid prior to further work on them in the intestines, but it also has the role of secreting chymosin, which is the primary active constituent of the rennet used to produce cheese. Strictly speaking, the abomasum secrets a precursor called prochymosin, which is activated on contact with stomach acid. Chymosin is a complex compound, a protein formed of a single chain of 323 amino acids. Functionally, it is a peptidase, which means that it catalyses the breakdown of proteins to form smaller molecules. In particular, it chops up the protein kappa casein, separating the hydrophobic and hydrophilic parts. It’s the coming together of the hydrophobic remnants that begins the process of clotting, resulting in curds and whey. Milk’s white emulsion ends up as a clearer liquid (the whey), plus the part the cheesemakers are interested in, the gloppy solid tangles of curds. 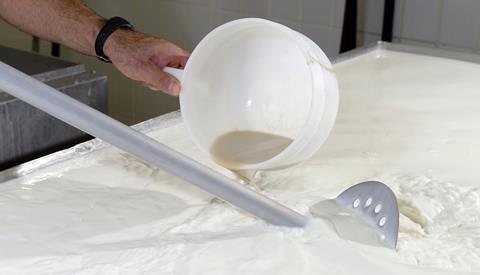 It is possible to curdle milk using vegetable enzymes – notably extracts from nettles and thistles – though most cheesemakers consider the result inferior to using rennet. This approach is popular with some vegetarians, though the majority of rennet is no longer produced from animals. Chymosin-producing genes have been successfully added to microbial organisms, which then merrily churn out the rennet without the need to kill anything other than a fungus or bacterium, something even the most ardent vegetarian is unlikely to have qualms about. Technically, the vehicle for producing the chymosin – the fungus or bacterium – is genetically modified, making it one of the most successful GM products in the food chain. However, because the host is killed and removed, all that is left is the non-GM rennet, which makes the product acceptable in the European Union and other regions that ban GM foodstuffs.

The mechanism for modifying the fungal or bacterial gene is known as recombination. Starting with calf DNA, the gene for producing chymosin is amplified using PCR or polymerase chain reaction, a standard technique in molecular biology to produce millions of copies of a small piece of DNA and used, for example, in DNA fingerprinting. The chymosin-producing fragment is then introduced to a plasmid, a small DNA structure used particularly by bacteria but also some fungi in transferring genes between organisms. This results in the chymosin-producing gene becoming part of the host’s DNA, enabling it to generate the required protein. After the initial setup, production continues without any animal products being involved. As well as altering the genetic makeup of the host, there will typically be some modification of the gene itself, as it will need subtly different control mechanisms. However, the chymosin itself is identical – there is no modification of the compound. 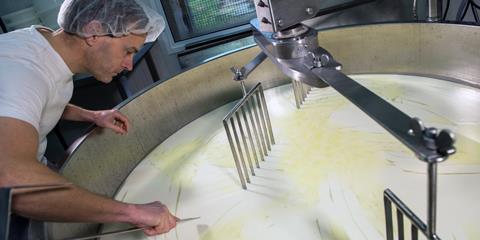 The main reason for the shift in sourcing of chymosin was not to avoid animal products but rather to have a more consistent outcome. Animal-based rennet has far more impurities, with a whole host of proteins added to the mix which can either cause problems with a batch of cheese or reduce the overall yield. It doesn’t hurt that the chymosin from fungi or bacteria is also significantly cheaper. In the UK and US around 90 per cent of rennet used in cheese production, particularly in hard cheeses like cheddar, is now this non-animal chymosin, known in the trade as ‘fermentation produced chymosin’ or FPC, presumably because fermentation sounds better than bacterial or fungal. The most common sources are both fungi – the black mould Aspergillus niger and the yeast Kluyveromyces lactis.

Without chymosin, then, it is likely that a whole industry would never have been started. While it’s possible that vegetable substitutes would have been used, they are limited in application and would never have resulted in the scale of cheese-making we experience today. While we’re unlikely ever to hear Wallace exclaim ‘Cracking chymosin, Grommet!’, his favourite Wensleydale wouldn’t be the same without it.

That was Brian Clegg with chymosin – the enzyme that keeps cheesemongers in business. Next week, a Tabitha Watson is feeling regal…

Named from the Latin for ‘royal water’, this volatile mixture turns from colourless to a fiery yellow-orange within a few seconds of being prepared. Adding to that dramatic effect, it also fumes vigorously.

Find out how this majestic mixture of acids helps keep NMR tubes clean, but needs careful handling, in next week’s Chemistry in its element podcast. Until then, get in touch with any compounds you would like covered – email chemistryworld@rsc.org or tweet @chemistryworld. Thanks for listening, I’m Ben Valsler.