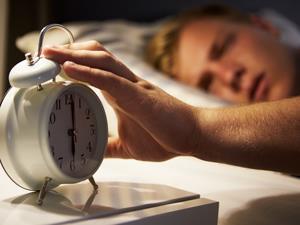 It’s time to rise and shine, with Anna Lewcock.

I have a lamp on my bedside table that gradually lights up at a pre-set time, an attempt to simulate a sunrise and trick my body into thinking it’s time to start the day during the winter months when it’s pitch black outside and considerably more appealing to stay buried beneath the duvet.

The fact that I generally forget to tell the lamp what time to wake me up and end up scrabbling around at stupid o’clock in a groggy haze is my own fault. But what the lamp is trying to do is channel my body’s natural circadian rhythm, the 24-hour cycle that’s closely attuned to periods of light and dark. 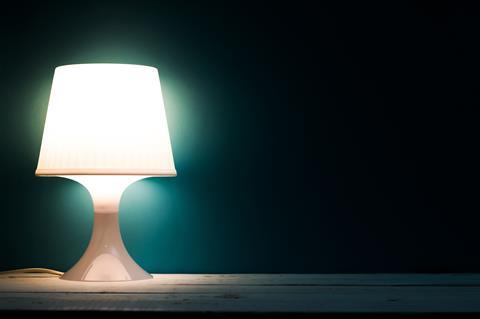 One of the key chemicals in this relationship is melatonin, a hormone found in animals, plants and microbes. In you and I, melatonin is secreted by the pineal gland in the brain. This bit of brain has been known for thousands of years, but until the early 20th century was thought to be an evolutionary leftover, a relic of brain development. It wasn’t until the 1950s that an American dermatologist named Aaron Lerner proved otherwise – by managing to isolate, purify and characterise an active substance from extracts of the pineal gland. That substance was melatonin.

The research might not have happened at all had it not been for one particular member of Lerner’s Yale University team, Yoshiyata Takahashi. The group was interested in diseases causing skin pigmentation, and Takahashi spent a great deal of time in the library reading as much as he could about pigment biology. It was during one of his library sessions that he came across a long neglected paper from 1917, showing that pineal extracts from cows could lighten the colour of tadpoles. Intrigued, Lerner and his team started investigating in the hope that a substance within the extracts might be useful in treating diseases that caused skin pigmentation. They worked their way through more than a quarter of a million pineal glands in their search, and by 1958 had managed to isolate and identify the substance causing the colour change in tadpoles, naming it melatonin.

By the 1990s, all kinds of unsubstantiated claims were being made about melatonin’s so-called miraculous powers

Once the team had established the structure of the molecule, derived from serotonin, they realised that it had two unusual features – one N-acetyl group and one methoxy group. Until then it had been assumed that indoles with methoxy groups didn’t exist in mammals – melatonin proved that theory wrong. 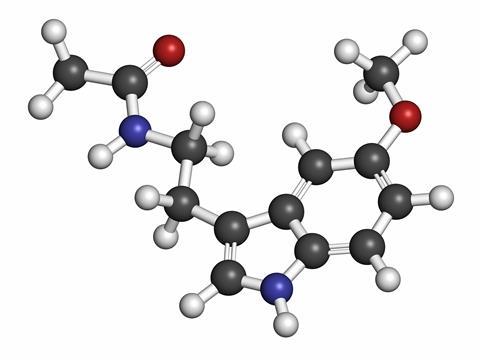 Melatonin wasn’t especially helpful in treating the skin diseases that Lerner was interested in, but by the mid 70s it had been found that synthesis of the hormone is closely tied to cycles of light and dark, with production peaking during dark periods. As such, it plays a central role as a circadian pacemaker, synchronising the body to the light and dark cycle of our environment and regulating our sleep cycles. It’s come to be labelled the ‘hormone of darkness’ or the ‘Dracula of hormones’.

But by the 1990s, all kinds of unsubstantiated claims were being made about melatonin’s so-called miraculous powers. It became available over the counter – unregulated - as a dietary supplement. The hype around it was incredible – melatonin could improve your sex life, give you more energy, cure cancer, treat osteoporosis, Alzheimer’s, Parkinson’s and AIDS. There remains precious little actual research to support these claims, with the main evidence of the molecule’s effects being linked to promoting sleep. Thousands of papers have now been published on various aspects of melatonin and it’s activity and there’s a clearer picture of the molecule’s true abilities. It is still available over the counter as a dietary supplement, but for the time being I think I’ll stick to trying to get to bed that little bit earlier.

Science writer Anna Lewcock there, with the awakening chemistry of melatonin. Next week, we go back before the days of safety.

Of all the chemical compounds you could find in a chemistry set in the olden days before everything was health and safetyfied, perhaps the most satisfying in its simplicity was ammonium dichromate.

Discover why by joining Brian Clegg in next week’s Chemistry in its Element. Until then, thank you for listening, I’m Meera Senthilingam.