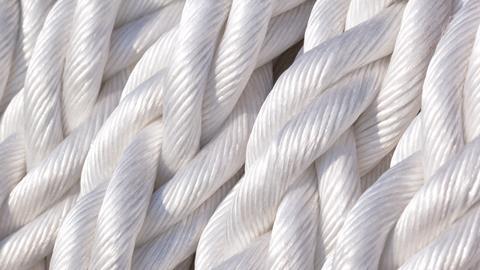 This week, get your ticket ready for a long-awaited musical, with Simon Cotton:

There's a fortune to be made by the person who writes Chemistry - the musical. And if that person's listening out there, I'd like to suggest two Bee Gees numbers that just ask to be part of the lyrics... Staying alive - well, that's got to be oxygen. And Tragedy is so appropriate for nylon. Let me explain. 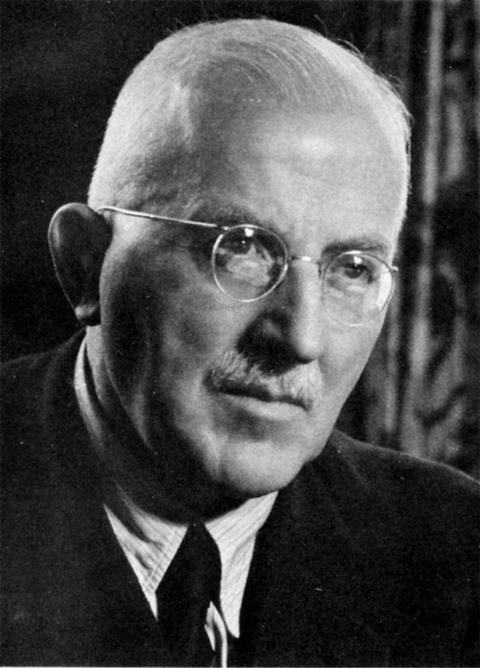 A hundred years ago, hardly anyone thought that giant molecules could exist. A molecular mass of 5000 was thought to be the upper limit. A German chemist called Hermann Staudinger measured the molecular masses of the molecules that made up rubber and found values of 50,000 to 170,000. Most of the leading chemists of the day believed that the true values were much lower. In 1920 Staudinger suggested that small molecules could join together to form very long chains, in other words, the concept of polymerisation. It was another decade and more before other scientists obtained results supporting Staudinger's theory. In the meanwhile, everyone laughed at Staudinger. Mind you, you could say that Staudinger had the last laugh, for he won the Nobel prize for chemistry in 1953 'for his discoveries in the field of macromolecular chemistry'.

Importantly, there was at least one person who took Staudinger seriously, an American organic chemist named Wallace Hume Carothers. While teaching at Harvard University in 1927, Carothers accepted a job offer from the American DuPont company to run a research group undertaking fundamental blue-sky research, incidentally doubling his salary. He resolved to investigate synthetic polymers. 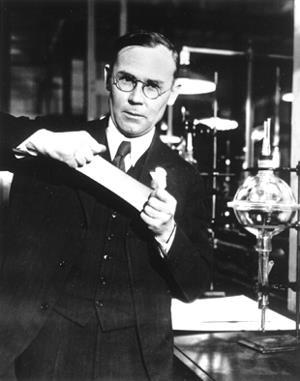 In 1930, Carothers' team isolated chloroprene, which could be polymerised to make neoprene, the first synthetic rubber, but Carothers' main idea was condensation polymers.

If a molecule has just one reactive part, or functional group, at one end, it can only react at that end, and reaction stops there. If you use molecules with two functional groups, one at each end, they can react at both ends and become part of a polymer chain.

In 1930 Julian Hill in Carothers' group made the first polyesters that could be made into fibres. These were promising, but at that time they could not make polyesters with a high enough melting point, so in 1934 they switched to polyamides, where they would be using the same sort of amide group found in proteins.

They reacted together diacids with diamines. In the polymerisation reaction, an OH group is lost from the acid molecule and a hydrogen from the amine molecule. H plus OH makes H2O, so a molecule of water is eliminated, and an amide link is formed between the two monomers. The key experiment was carried out by Gerard Berchet, a member of Carothers' team, in February 1935. He reacted together 1,6-diaminohexane with hexane-1,6-dioic acid and produced nylon 6 6. It's called nylon 6 6 because it is a copolymer of a 6-carbon diamine and a 6-carbon diacid).

By autumn 1935, the first nylon threads had been spun. With synthetic fibres, chemists could tailor substances with particular properties. On behalf of DuPont, Carothers applied for a patent in April 1937, and the US Patent number 2,130,948 'Synthetic fibers' was issued in September 1938. 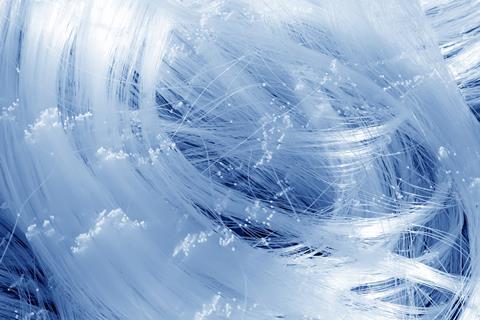 One newspaper story in the Washington News that September claimed that nylon used cadaverine, which was found in dead bodies. Cadaverine is 1,5-pentanediamine, so the reporter was one carbon out. DuPont refuted the story, saying that nylon was made just from coal, air and water.

The invention of nylon was made public by Charles Stine (a vice president of DuPont) in October 1938, at a meeting of womens' club members in New York; DuPont would be targeting women for sales of the product that came to be associated with the name of their new polymer.

Actually, nylon was first used to replace pigs' bristles in toothbrushes, Dr West's Miracle-Tuft brushes (1938) were advertised as a toothbrush without bristles, which it would not shed, and which could not get soggy. Nylon stockings weren't far behind, though. DuPont first offered them to their employees in October 1939, and they went national on "N-Day", May 15th 1940, when huge queues of women waited to buy them. 5 million pairs were sold that day, at $1.15 a pair. 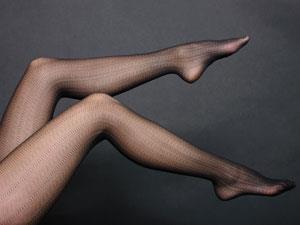 When America entered the second world war in December 1941, nylon manufacture was diverted to the war effort. It replaced silk in parachutes, and was used to manufacture ropes, tyres, life rafts and many other products. There were no nylon stockings until after the war ended, except on the black market. It took DuPont until spring 1946 for manufacture to catch up; in the meantime, supply to the shops was restricted and frustrated women rioted.

Nylon led the way for the use of polymers in synthetic fabrics, and in the 1950s and 60s they came to dominate the textile and fashion market.

Wallace Carothers was not around to see it, though. The success of his research was recognised by his election to the National Academy of Sciences, but he felt a failure and was unable to shake off the depression and mental instability that had dogged him for years. His brilliance teetered on the verge of madness, and the death of his favourite sister may have been the last straw. In April 1937, just 20 days after applying for the patent on nylon, Wallace Carothers committed suicide by drinking potassium cyanide dissolved in lemon juice. His only child was born seven months later.

But thankkfully, Carothers' legacy lives on in the continued success of nylon today. That was Birmingham University's Simon Cotton with the synthetic chemistry of nylon. Now, next week, what compound serves both warfare and beauty therapy?

On the morning of the 1st June 1916, the body of Royal Navy Boy Telegraphist, 17 year old Arthur Cownden, was washed ashore close to the small fishing village of Fiskebäckskil on the Swedish west coast not far from Gothenburg. One of many victims of the battle of Jutland, the only major confrontation between the Royal Navy and the German fleet during the first world war, he had served on the destroyer HMS Shark. He would likely have been familiar with the smokeless gunpowder called cordite, so essential to the Navy, but was probably unaware of the critical role played in its manufacture by the nail varnish remover known to chemists and beauty queens alike as acetone.

And to find out the chemistry behind the production of acetone and itsm many uses in industry today, other than those serving the beauty queens that is, join Lars Öhrström in next week's Chemistry in its element. Until then, thank you for listening. I'm Meera Senthilingam.