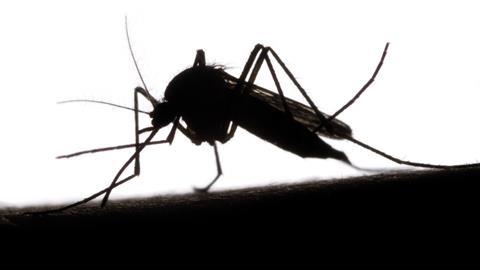 This week, David Lindsay investigates the surprising use of Quinine in malaria treatment

This week, the compound treating one of the world's most prevalent and deadly diseases. Here's David Lindsay:

Malaria affects up to 40 per cent of the world's population, and there are hundreds of millions of new cases every year. Despite huge investment and recent advances, the fact that malaria still accounts for three quarters of a million deaths per year means that its prevention and treatment is still a vital challenge that must be addressed.

Quinine has been used for centuries, unsuspectingly, in malaria treatment. Natives of South America used the powdered bark of the cinchona tree to treat fevers. This treatment eventually found its way to Europe, where, by the nineteenth century, many prominent scientists had begun to study the bark. Attempts to find the active component in the bark were largely unsuccessful, until the work of Pierre Pelletier and Joseph Caventou.

During the course of their research, Pelletier and Caventou isolated a range of new compounds, which would later be termed alkaloids. By 1820, they had begun work on the yellow bark of the cinchona tree, and they eventually isolated a bitter-tasting yellow gum, which they called 'quinine'. Physicians soon demonstrated that this compound was the component of cinchona that was active against malaria, and by 1821 a guide was available on the use of quinine to treat the disease, and there was great demand for the cinchona bark. Today you can visit the Science Museum in London, UK, and see some of the original samples of Pelletier and Caventou's alkaloids. 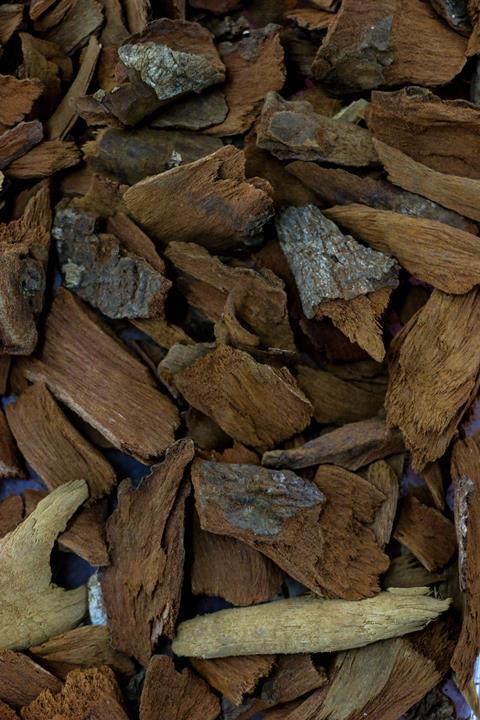 Back in the 19th century, the Europeans were attempting to produce quinine in their own colonies. Ambitious European chemists of the time felt they could solve the quinine supply problem by chemical synthesis, even though its structure was not yet known. One such chemist was William Perkin, and in 1856 the 18 year-old Perkin began his investigations into the synthesis of quinine. Although he was unsuccessful, Perkin's vigilance and tenacity led to a revolutionary discovery, when he isolated a purple, aniline-based dye from one of his failed experiments. This dye, Perkin's mauve, would become the world's first commercial synthetic dye, and he opened a factory in 1857 to commercialise it, marking the start of the aniline dye industry.

One of the major contributions to the chemistry of quinine was made by Robert Burns Woodward, the outstanding figure of twentieth century organic chemistry. Most of the western world's supply of quinine came from the former Dutch colony on the Indonesian island of Java, and once the second world war began, the Allies' supply was rapidly cut off. This renewed demand for quinine attracted Woodward's attention and he swiftly set to work on its synthesis.

In April 1944, less than a year after embarking on the quest, the 27 year-old Woodward, along with co-worker William von Eggers Doering, completed a synthesis of quinine. The popularity of quinine, combined with the brilliant young chemists involved, meant that Woodward's work caused a sensation. The work was heralded on the front page of the New York Times, with the headline 'Synthetic Quinine Produced, Ending Century Search'.

Woodward's synthesis was somewhat controversial. It rested on the reliability of some previous work, upon which doubt was subsequently cast, but Woodward did go on to synthesise quinine unequivocally. He was awarded the Nobel prize for chemistry in 1965, and went on to synthesise some of nature's landmark structures, including vitamin B12. 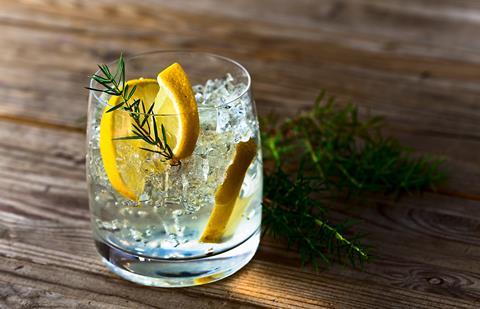 In the 19th century, quinine was used not only to treat malaria, but also to prevent it. The British colonists in India consumed quinine as a mixture with carbonated water. It was soon discovered that this drink was much more palatable when mixed with gin, and so the gin and tonic was born. Some brands of tonic water still contain quinine, albeit in much lower quantities than the original version. The bitter taste of tonic water is, in fact, due to the basic, or alkaline, nature of the quinine molecule.

With a bottle tonic water, you can carry out a simple experiment that demonstrates another molecular property of quinine. In a darkened room, if you hold a bottle of tonic water under an ultraviolet light, the water will glow with a beautiful blue colour; and it's the quinine molecules which are causing this fluorescence.

So that's a brief history of quinine. A molecule rooted as much in mythology as it is in chemistry. A vital component of the gin and tonic, a treatment for malaria and a molecule that glows in the dark!

A diverse range of attributes indeed. That was Reading University's David Lindsay, with the disease treating, cocktail making and glowing chemistry of quinine. Now, next week, the chemistry behind umami.

Glutamic acid is one of the twenty standard amino acids that make up proteins. Its systematic name is 2-aminopentanedioic acid - a five carbon chain with a carboxylic acid group at either end and an amine (NH2) group attached to the carbon adjacent to one of the acids. When it is incorporated into proteins, the 'side chain' that sticks out from the protein backbone is a short three-carbon chain ending in a carboxylic acid. Under the conditions in our mouths, one of the acid groups is normally ionised to make a glutamate anion, and it is this that binds to umami taste receptors on our tongues to produce that delicious savoury sensation.

And to find out which foods are brought to provoking this sensation, as well as the chemistry behind the ever popular monosodium glutamate, or MSG, join Chemistry World's Phillip Broadwith in next week's Chemistry in its element. Until then, thank you for listening. I'm Meera Senthilingam.