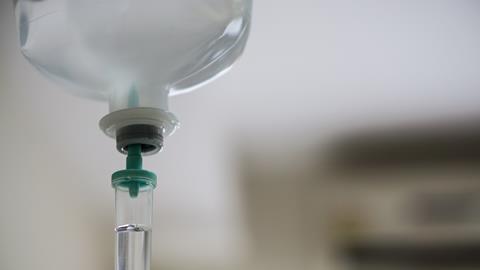 Giving us the history behind the first man-made chemotherapy agent, Phil Robinson talks us through Salvarsan

This week, we start with quite a dismal scene, set by Phil Robinson.

A black and white movie; the scene is a doctor's office. A young man is slumped dejectedly in his chair, head in hands, while the doctor impotently attempts consolation. 'You mustn't be disheartened,' he offers, 'there are many as badly off as you.' Exactly what afflicts the patient remains unsaid but the young man's shame and his grief at the impossibility of a future with his girl obliquely suggest the stigma and nature of the diagnosis. When the young man asks 'Has anyone ever been cured?' the doctor has no words of comfort.

Played today, this scene might suggest to its audience a diagnosis of HIV or Aids. But this is the opening sequence of a film made in 1940 and the scene itself is set over 100 years before today. The diagnosis is in fact syphilis and the film is Dr Ehrlich's Magic Bullet: a biopic of Paul Ehrlich and the story of the first chemotherapeutic drug: Salvarsan, also known as arsphenamine.

Syphilis was the 19th century version of today's Aids epidemic - an incurable sexually transmitted disease, infecting millions worldwide and with a similar mortality rate. Those who were infected were effectively helpless - no treatment existed that could successfully halt its progress through the stages of infection, ultimately leading to tumorous, necrotic growths, damage to the brain and heart, and eventually death. 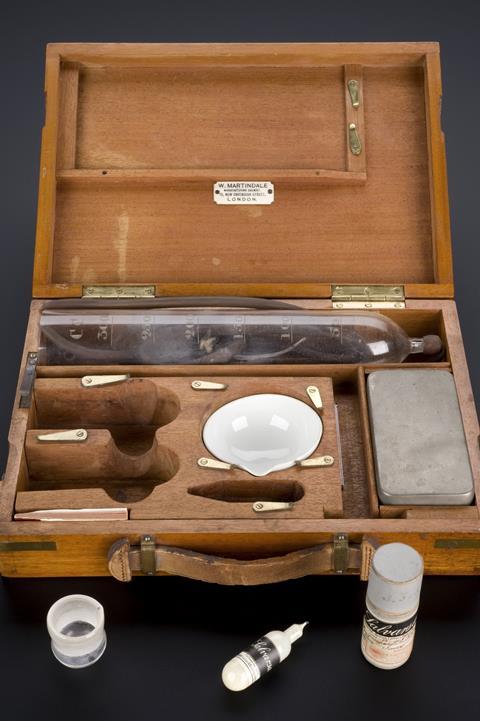 Although syphilis had been known since at least the 15th century, the treatments available were at best ineffectual and at worst harmful: they principally consisted of mercury, administered as ointments, injections and even vapour baths. So in the early 20th century, when a successful treatment finally emerged, it rapidly became the most prescribed drug in the world and it made a hero of its inventor.

The magnificent success of Salvarsan is but one episode in the humblingly prolific life of the German Paul Ehrlich - a Nobel prize-winning scientist and physician. Over the course of his career Ehrlich contributed to immunology, haematology and pharmacology but Salvarsan's story begins with Ehrlich's work on dyes.

In the late 19th century, the growing knowledge of bacteria and the infections they caused was a fertile field of medicine. As a young physician, Ehrlich was fascinated with the staining techniques employed in bacteriology to colour and highlight samples. And what particularly drew his attention was the selectivity of the process - dyes would preferentially accumulate in certain tissues, or stain only certain bacteria.

This led Ehrlich to the realisation that would become his ambition: if a molecule could target only a certain cell, a toxin added to that molecule would act as a precision agent of medicine, destroying only the disease-causing infection and leaving the patient's own cells unharmed. Until that point, pharmacology had focused largely on the symptoms of disease. Ehrlich longed for a curative - a specific chemical agent that would act only where needed. Borrowing a term from German folklore, Ehrlich called his concept a magische Kugel: a magic bullet.

His first success involved using methylene blue to treat patients suffering from malaria (but not as effectively as quinine) and in the 1900s Ehrlich began to systematically investigate dyes as therapeutics, testing them for efficacy in infected animals. One of these was atoxyl - an arsenic-based dye that was already used to treat sleeping sickness. Atoxyl was rather more toxic than its name suggests and Ehrlich and his team synthesised hundreds of derivatives in the hope of finding a more benign candidate, with some success.

When the bacterial cause of syphilis - a spirochete called Treponema pallidum - was identified in 1905, its similarity to the sleeping sickness pathogen prompted Ehrlich to aim his arsenal of arsenicals at this new target. His assistant, Sachahiro Hata, methodically tested the compounds on syphilis-infected mice and compound number 606 turned out to be startlingly effective. 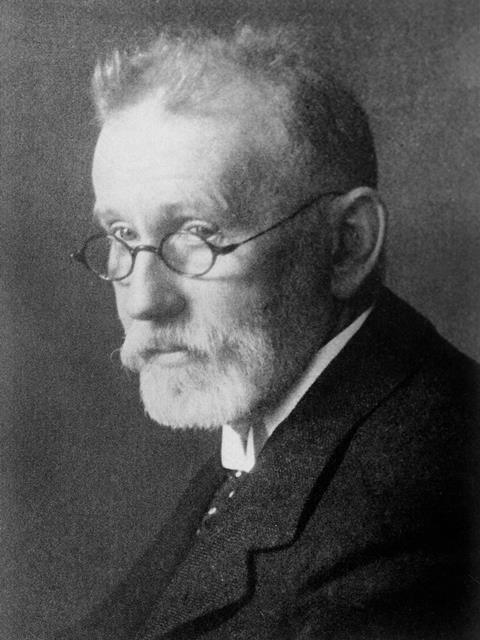 Compund 606 became Salvarsan and it quickly became the first choice treatment for syphilis across the globe. It was a huge success but it was not quite the magic bullet of Ehrlich's ambition; the drug carried a range of side effects and although a later development, neosalvarsan, was an improvement, it was eventually superseded by penicillin in the 1940s.

Salvarsan is notable not only for being the first man-made chemotherapy agent, but for the process that created it, which elaborated the principles of drug discovery that remain largely unchanged to this day. Ehrlich's three-figure compound library seems modest compared to the colossal numbers used in modern pharmaceutical research, but although the process has since been refined and is better informed, the principles remain the same: optimising a lead compound by synthesising and screening derivatives.

Ehrlich's complaint of his experience with Salvarsan as 'seven years of misfortune with one success' is sure to resonate with anyone working in pharmaceutical R&D. As will his four Gs for success: Geld, Geduld, Geschick  and Gluck; or money, patience, skill and luck.

Even after it had lost its top spot in the fight against syphilis, Salvarsan continued to interest chemists because of uncertainties regarding  its structure. Ehrlich originally proposed that Salvarsan's structure was of two double-bonded arsenic atoms, each bonded to an aminophenol group. This became the subject of much debate over the years, particularly because of this unlikely double bond between the arsenic atoms. In fact, the hundred-year-old debate was only resolved at last in 2004, when scientists found that Salvarsan is in fact is a mixture of three- and five-membered cyclic arsenic species.

With Salvarsan, Ehrlich established the foundations of chemotherapy - designing a chemical specifically to target a disease. Generations have scientists have followed Ehrlich's lead to create an incredible range of drugs, but his dream of a completely selective drug - a chemotherapia specifica - remains unfulfilled.

But what a foundation to build upon. Chemistry World's Phil Robinson there, with the chemotherapeutic chemistry of Salvarsan. Next week, we bring life to a compound often mistaken for being boring

These molecules sound obscure, I'll admit, and in terms of their chemical reactivity it's fair to say they are uninteresting. But the thing that gets geochemists going when they hear the phrase 'UK37 alkenones' is that they can be used as a proxy measurement of past climates: measuring their abundance in ancient samples allows us to read the story of how temperature has changed in the world's seas in eons past.

And discover how such history can be seen by joining Josh Howgego in next week's Chemistry in it's element. Until then, thank you for listening. I'm Meera Senthilingam.