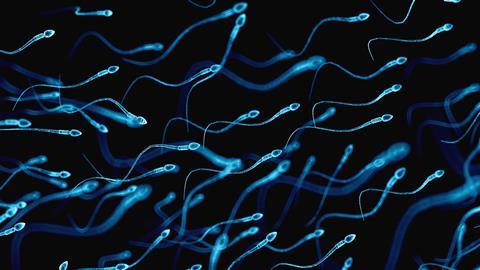 This week, Kiki Sanford discovers the polyamines that give meaning to life…

When Monty Python sang that ‘every sperm is sacred,’ in their classic hit of the same name from the movie The meaning of life, I hardly imagine that they were thinking about the influence of sperm on biochemistry. However, as Anton von Leeuwenhoek, the father of microscopy, gazed upon his own sperm for the first time in the late 1600s, he was probably thinking that his sperm were great, and had definitely not gone to waste.

You see, von Leeuwenhoek discovered the wonderful entities we call sperm, and in his investigations also saw a substance that had crystallised in his samples, which he reported to the Royal Society in 1678. Several other scientists discovered the same crystal independently over the next 200 years, but none saw interest or importance in it until later.

That crystalline compound came to be called spermine by dint of its origin, but it wasn’t until the 1920’s that spermine’s chemical structure was revealed, along with that of another related molecule that was named spermidine.

Structurally, spermine and spermidine fall into a family of compounds known as polyamines because of the multiple amino groups the molecules contain. They are linear in conformation, and organic in nature. In the case of spermidine, I envision a zig-zagging conga line of seven carbon atoms that’s been intruded upon at its midpoint and capped at each end by a nitrogen atom shaking its hydrogen fists at a cheering crowd of onlookers. Throw in an additional three carbon atoms and another hydrogen-waving nitrogen thanks to spermine synthase, and you’ve got spermine. 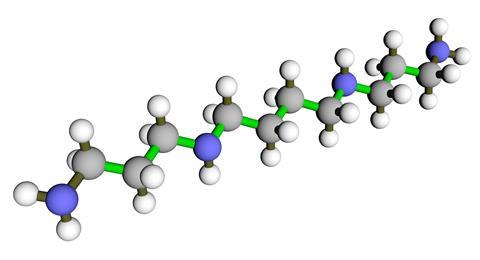 The two molecules are not just structurally related, but also derivationally. Spermine derives from spermidine. And, spermidine, with the help of spermidine synthase arises from another polyamine originally named for its role in rotting meat, called putrescine. So, putting this all together, yes, semen contains the rotting meat smell molecule, which is turned into spermidine, and then spermine. And, these polyamines are the reason why sperm and, in the springtime, some species of trees give off a spunky odour, but I’ll let you follow that tangent on your own.

Early studies to quantify spermine found that there is a lot of it in human sperm. Much more than in other other tissues of the human body. Over time chemists also discovered that putrescine, spermine, and spermidine are found in all eukaryotic cells. All told, this fairly ubiquitous nature implies that they must be very important to general cellular metabolism.

So, what do spermine and spermidine do?

Early on in the study of semen, hints of spermine’s function bubbled up from varying lines of inquiry. A Russian researcher by the name of Poehl isolated spermine and suggested that its structure could lead to physiologically rejuvenating effects. Specifically, he postulated that spermine would increase alkalinity in the blood, and therefore increase the blood’s carrying capacity as a ’dynamogenic’ for enhancing human physiological abilities. He was wrong, but spermine did turn out to have some very stimulating functions. 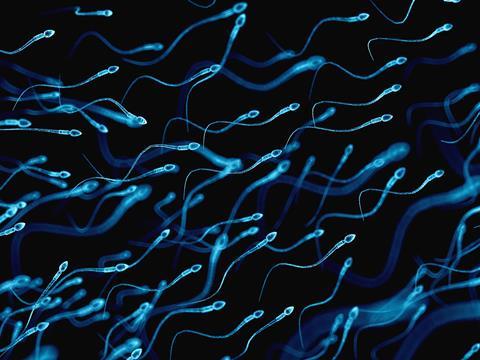 Polyamines are positively charged cationic molecules thanks to all those amino groups, and as a result interact very strongly with negatively charged molecules. A large portion of those in the cell happen to be DNA, RNA, and proteins themselves. This means that spermine and spermidine are closely intertwined with processes like cell division, growth, and survival. Experiments inhibiting or depleting polyamines in animal cells halted RNA translation and embryogenesis, stopped the cell cycle in its tracks, and blocked cellular differentiation.

A paper published in 1992 hypothesized that spermine and spermidine protect DNA against free-radical oxidative damage. And, while it was suggested that this might be useful information for studying fertility, many thought it more interesting to follow the line of inquiry to the opposite end of the developmental timeline to understand aging.

It turns out that polyamine levels tend to decrease in the tissues of organisms with age, although which polyamine decreases and by how much depends on the organism and the tissue in question. In one experiment, transgenic mice that could not produce spermine and spermidine lost their hair, gained wrinkly skin, and died younger than normal mice, but nothing appeared pathologically awry in any of the organs.

On the other hand, when researchers have supplemented various organisms, from yeast to mice to humans, with polyamines, the levels of polyamines in those organisms increase, cellular activity increases, and mortality decreases. In fact, a study published in 2016 in Nature Medicine made three interesting conclusions: first, spermidine given to mice as a dietary supplement increased their lifespans and seemed to benefit their cardiovascular systems; second, in rats bred for hypertension, spermidine improved their blood pressure; and, third, humans who reported eating diets rich in spermidine-containing foods, like mushrooms, soybeans, and cheddar cheese, were more likely to have lower blood pressure and risk of cardiovascular disease.

How these potentially anti-aging results are achieved is also still in question, but in addition to oxidation defense and upregulation of cell metabolism, it appears that autophagy plays a major role. Autophagy is an essential cellular process by which cells take out the trash, so to speak. If cells aren’t able to remove malformed proteins or damaged organelles, it interferes with their functioning. When the genes for autophagy in cells are disabled, the longevity enhancing effects of spermidine go away, which reinforces its role in this important pathway.

Every Sperm is Sacred, from Monty Python's The Meaning of Life

A simple internet search for spermidine calls up websites selling the compound either as a laboratory supply or a health supplement for longevity. Whether you decide to take the plunge into dietary supplementation is up to you, but let me remind you that correlation does not equal causation, and that you are not yeast, fruit fly, nor mouse. Human studies in this area are still significantly lacking. And there is a major outstanding question about the involvement of polyamines in cancer; it’s really not understood if polyamines can induce cancer or simply are a part of maintaining cancer cell proliferation. However, the data is intriguing for the use of spermidine especially as an anti-aging drug, and give new meaning to polyamines in this Monty Python skit we call life.

And if Michael Palin or Terry Jones happen to be listening, we’d love to know what they think of Kiki Sanford’s biochemical take on their 1983 Bafta nominated song. Next week, Kat Arney joins us with a compound that causes some unusual effects…

Dribbling, licking, rubbing their head and body on nearby surfaces, rolling about on the floor and mewling for a good ten minutes or so. Then the effect wears off, and they’re back to being their usual grumpy selves.

No, she’s not talking about the Chemistry World crew on a Friday night – Kat’s dosing us up with nepetalactone, the active ingredient in catnip. Until then, catch up with all our podcasts at chemistryworld.com/podcasts and I’ll be back with more next week. I’m Ben Valsler, thanks for joining me.