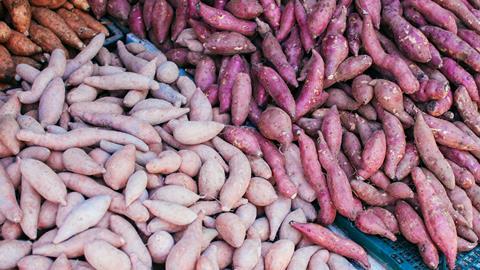 Inspired by a mention of arrowroot in Jane Austen's Emma, Mike Freemantle investigates how subtle differences in composition mean starch can be resistant dietary fibre or easily-digested nourishment.

It’s surprising how, when you read novels, you can find chemistry lurking beneath the surface of the stories. Here’s just one example:

‘Emma, on reaching home, called the housekeeper directly, to an examination of her stores; and some arrow-root of very superior quality was speedily despatched to Miss Bates with a most friendly note.’

The quote comes from English novelist Jane Austen’s novel Emma. A note at the back of the Penguin edition of the novel states that arrowroot is ‘pure edible starch used as a thickening agent. A common ingredient of invalid cookery.’ 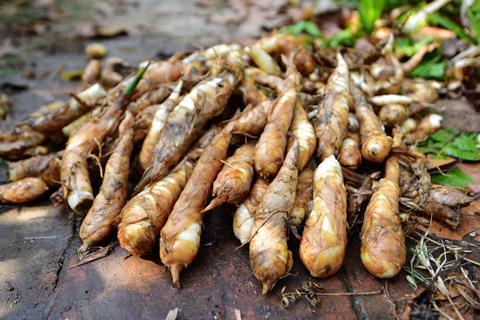 Arrowroot is a fine white powder extracted from the roots of certain tropical plants cultivated in Caribbean countries, South America, the Philippines and elsewhere. So what makes arrowroot different from other forms of starch, for example, that found in corn, wheat, potato, yam or rice?

The answer lies in the chemical and structural characteristics of the starch. All starch, regardless of its source, consists of two types of polysaccharides: amylose and amylopectin. Amylose molecules are mostly straight chain polymers consisting of several hundred to many thousands of glucose units. Amylose is less soluble in water and less digestible than amylopectin because these chains tend to form helical structures. Amylopectin molecules, on the other hand, are highly branched polymers of glucose units, with each molecule containing thousands or even hundreds of thousands of units. The properties of starch depend, to a large extent, on the ratio of amylose to amylopectin and the size and shape of the starch granules.

A vast amount of research has been carried out comparing the characteristics of starch from various botanical sources. In 2006, a team of Brazilian scientists published a comparative study of starches extracted from six different species of plant, including arrowroot and yam. They found that arrowroot starch contained around 20% amylose whereas the amylose content of yam starch was over 32%. They noted that:‘yam starch showed a size distribution with higher proportion of large granules than that presented by arrowroot starch. The shape was also different. Whereas arrowroot starch granules showed round and oval shapes for small and large granules, respectively, yam starch granules displayed elliptical shape.’ 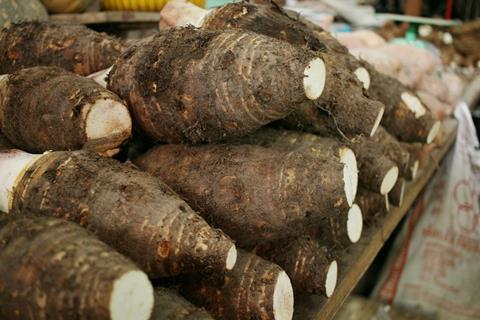 These properties influence the temperatures at which the granules began to dissolve in water and form gels. The researchers reported that the onset gelatinization temperature of their arrowroot starch was about 62oC whereas for their yam starch it was just over 70oC.

Plants employ starch to store energy. We consume starch in cereals, root vegetables and other foods to provide energy. But digestive enzymes in our small intestines are unable to break down some of the starch we consume. This form of starch, known as resistant starch, is a type of dietary fibre. It has a relatively high amylose content compared with starches that can be readily digested. 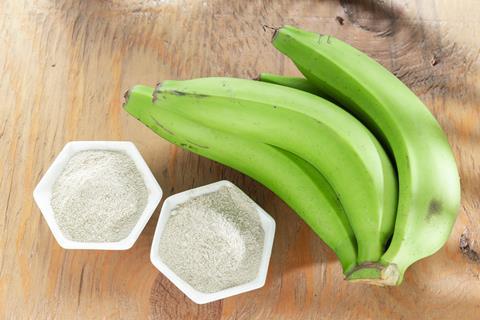 As arrowroot contains less resistant starch than many other foods, it is rapidly digested. And unlike wheat and other cereal grains, it does not contain gluten. So, for people allergic to wheat or suffering from celiac disease, arrowroot flour is a good substitute for cereal flours as a thickening agent in sauces, pie fillings and puddings. 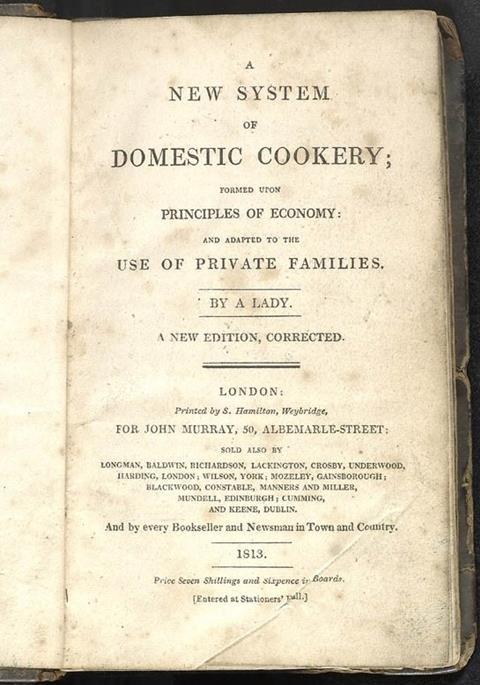 In the 19th century arrowroot was highly valued as an ideal energy-providing food for infants and invalids. Doctors even prescribed it for their patients. One recipe, for arrowroot jelly, required boiling up water, sherry or brandy, nutmeg and sugar and then adding a mixture of arrowroot and cold water before boiling again. ‘It is very nourishing, especially for weak bowels,’ wrote English cookbook author Maria Rundell.

The recipe appeared in a chapter on ‘Cookery for the Sick and the Poor’ in her book A New System of Domestic Cookery. The first edition of the book appeared in 1806, nine years before the publication of Emma. It was the most popular cookery book in England in the first half of the 19th century and eventually ran to 67 editions. Jane Austen no doubt would have been familiar with the recipe.

That was Mike Freemantle and the voices of the Chemistry World team. Next week, Kit Chapman probes the most popular prescriptions.

In 2017, the top 10 most dispensed medicines in the National Health Service (NHS) largely consisted of drugs to lower cholesterol or blood pressure, or treatments to protect your stomach from ulcers. The sole exception was the second most prescribed drug in the UK: Levothyroxine.

Join Kit to find out why levothyroxine stands out from the crowd. Until then, get in touch with any compounds you would like to know more about – email chemistryworld@rsc.org or tweet @chemistryworld. I’m Ben Valsler, thank you for joining me.