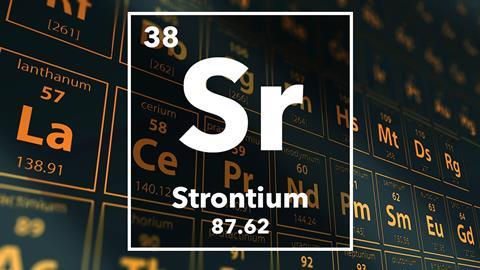 Vegetarian gladiators, red fireworks and a mineral mistaken for barium; they are all under strontium's spotlight

Hello! This week, vegetarian gladiators, red fireworks and a mineral mistaken for barium; they are all under strontium's spotlight. Here's Richard Van Noorden.

In 1787, an intriguing mineral came to Edinburgh from a lead mine in a small village on the shores of Loch Sunart, Argyll, in the western highlands of Scotland. At that time, the stuff was thought to be some sort of barium compound. It was three year's later that Scott's Irish chemist, Adair Crawford, published a paper claiming that the mineral held a new species including a new chemical element. Other chemists, such as Edinburgh's Thomas Hope later prepared a number of compounds with the element, noting that it caused the candle's flame to burn red, while barium compounds gave a green colour. And in 1808, Humphry Davy in London isolated the soft, silvery metal of the new element using electrolysis. The Scottish village was called Strontian, the mineral found there, strontianite and the new element strontium. So, it seems there never was an eminent professor, Stront, commemorated by element number 38. 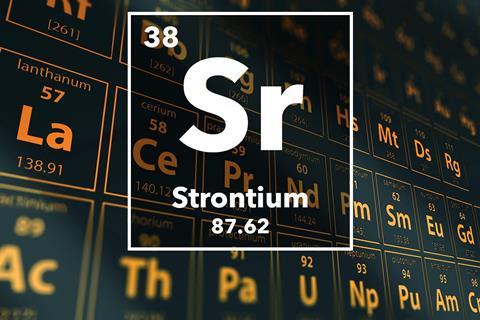 Today, whenever you see a firework light up in brilliant crimson or a red flare smoking its way around a football stadium, you're looking at the light emitted from electrons transiting between energy levels in nitrate or carbonate salts as strontium. Strontium is most famous for that red glow in a flame, but as a metal it behaves like its reactive group II neighbours, beryllium, magnesium, calcium and barium. It's soft and silvery when freshly cut, but this sheen quickly turns yellow when exposed to air, as the metal readily reacts to form oxides; unlike other reactive alkaline earth metals, natural strontium is always found locked away in mineral compounds. Apart from the previously mentioned strontianite, which we know as strontium carbonate, there is also the beautiful sky blue celestite, strontium sulphate, which was discovered in Gloucestershire in 1799, where the locals were using it as gravel for paths in ornamental gardens. 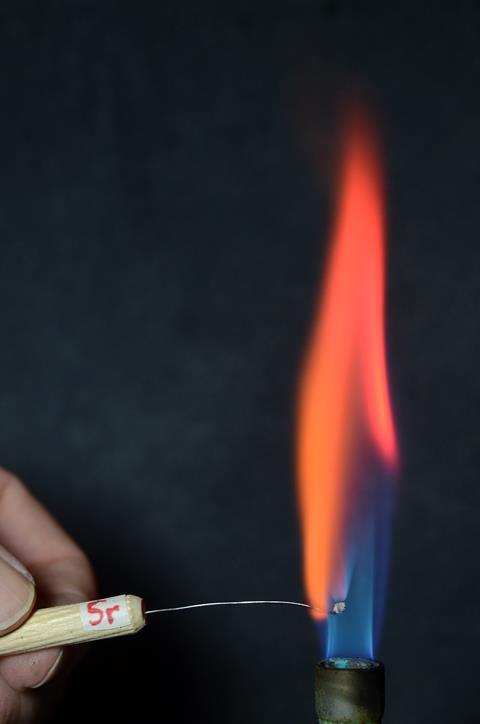 Apart from colouring fireworks, we don't have much call nowadays for strontium compounds. Strontium carbonate notably is found in cathode ray tubes in old television sets. One of strontium's isotopes strontium-90 has a more sinister reputation. It's a radioactive beta emitter, produced by nuclear fission with a half-life of 29 years. Created by nuclear tests from 1945 to the early 1970s, strontium-90 made its way from the air to grassland, cow stomachs, dairy products and as 1950's studies showed into children's milk teeth. It collects in bones too, being of a similar size to its group II neighbour, calcium ions. The nuclear reactor accident at Chernobyl in 1986 also threw strontium-90 into the air. Nowadays, it's used as a radioactive tracer in cancer therapy. Still strontium's close relation to calcium has made it a modern treatment for treating osteoporosis as the salt strontium ranelate, using non-radioactive isotopes, of course. Because strontium ions are roughly the same size as calcium ions, they bind tightly to calcium sensing receptors. It seems that this stimulates the formation of new bones and prevents old bone from being broken down. 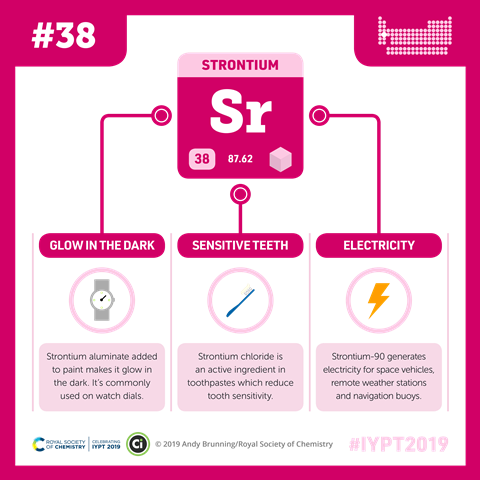 And tracing strontium isotope levels in bone has allowed analytical chemists to come up with all sorts of conclusions about our past ancestor's diets, knowing that plants tend to be higher in natural strontium than meat. In 2007, for instance, Austrian researchers hit headlines by comparing strontium and zinc levels to support the hypothesis that Roman gladiators were vegetarians who ate mainly barley, beans and dried fruits.

Chemistry World's Richard Van Noorden wrestling gladiator style with the story of strontium. Next time, we've heard of running through treacle, but what about this proposition.

Could a man walk across a swimming pool filled with mercury? Don't ask me how the conversation had reached this point, but being surrounded by friends, who would, it is fair to say, describe themselves as science illiterate, I knew it was up to me, the token scientist around the table, to give the definitive answer. 'No.' I confidently said, adding rather smugly, 'it is nowhere near dense enough.' The next morning I was rudely awakened by my ringing mobile; not for the first time, I was wrong!

And you can find out exactly how wrong Fred Campbell was at his dinner party when he unlocks the chemical secrets of quicksilver, otherwise known as mercury on next week's Chemistry in its element. I hope you can join us. I'm Chris Smith, thanks for listening. Goodbye!